Is there single-player in World War Z?

Find out whether you can play World War Z in single-player. 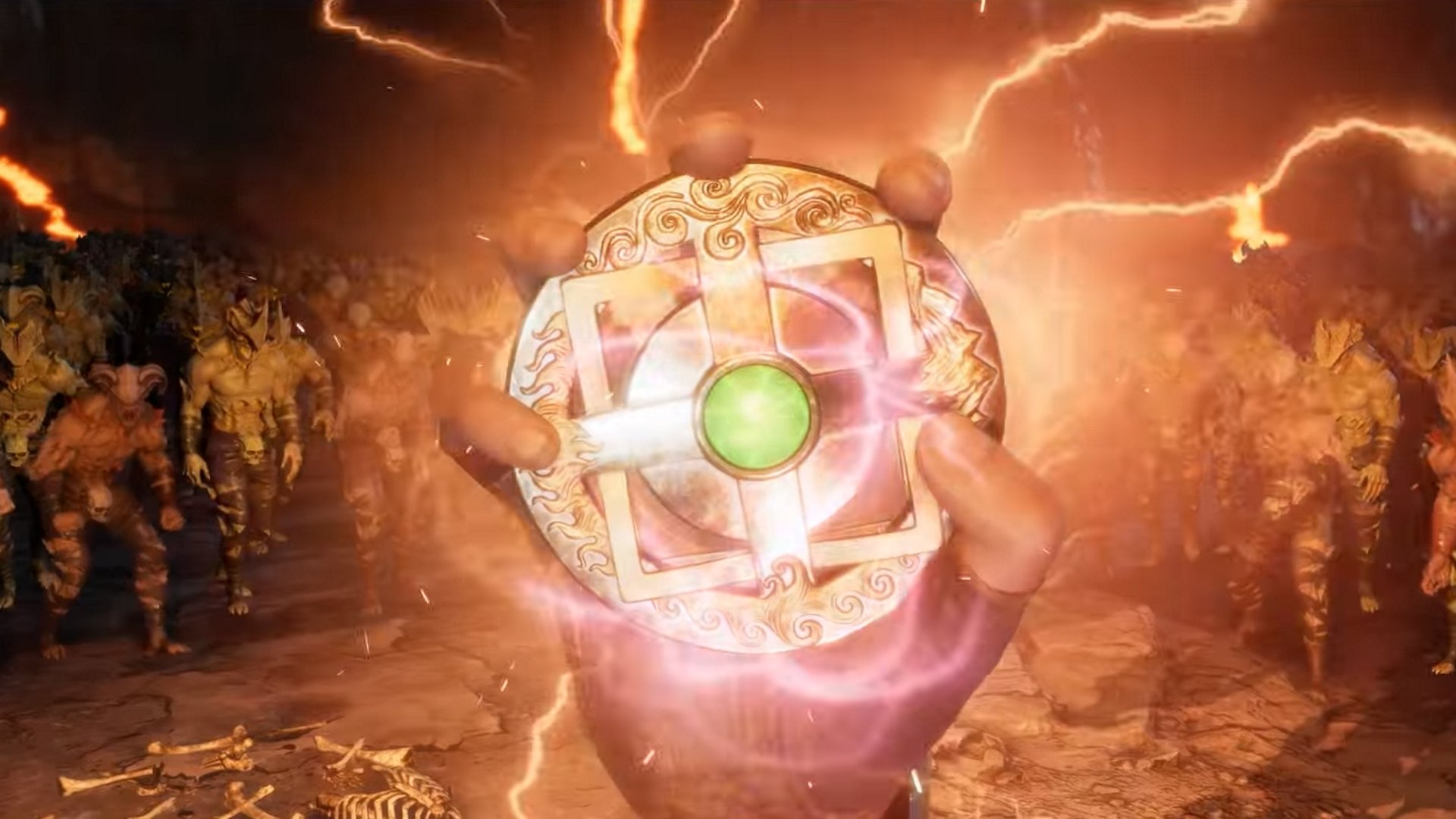 VR Headsets may never become staple in-home devices, but escape rooms provide the perfect fit to show off their advantages.

Mortal Kombat 11 doesn’t really hold back when it comes to single player activities, offering a range of modes and activities to spend your time with. One of the most tempting places to kill your time is a Krypt, an area packed to the brim with chests that contain character skins, gear and more. Chests can be opened up using Koins, Souls Fragments and Hearts, but before you get them it’s well worth finding the unique and valuable items hidden in the Krypt. Collecting all six will help you explore further and open up chests faster. In this guide we’ll take you through the Krypt item locations in Mortal Kombat 11

As stated above, chests in the Krypt are opened using Koins, which you’ll earn simply by playing the game. You can also open them with Soul Fragments and Hearts. Soul Fragments can be found while exploring the Krypt, but before you can open chests with these you’ll need to collect Ermac’s Soul Amulet (see below). Hearts are earned by using Fatalities, but you can also earn them in the Krypt by destroying bodies with the Spear of Hanzo Hasahi (see below). With that in mind, we’ll take you through six five Kyrpt item locations below.

You’ll earn this item as soon as you enter the Krypt (sadly it won’t unlock Shao Kahn for you though).

Gem of the Living location

From the north exit of the Krypt you’ll encounter statues of Mortal Kombat characters. Travel past them and you’ll reach a cutscene that breaks Raiden’s statue. Use Shao Kahn’s Hammer on the meteorite and you’ll receive the Gem of the Living.

Cracked Horn of the Motaro location

Now that you have the Gem of the Living, make your way to Kronika’s Time Vault by travelling through the Gardens, over the bridge and into the rooms on the left. By pulling a lever, the Gem can be used to open the door here and travel further down. You’ll find a gate that can be opened to grab the Cracked Horn of Motaro.

Return to the place you collected the Gem of the Living (north of the Krypt) and take the door to the west towards Goro’s Lair. Inside, search for the dining area (pull a chain to enter).  Head up the back of the dining hall to the left until you find another chain. Pull it and take the elevator that leads you to the path underneath the spike pit. That’ll kick off another cutscene where a corpse falls down onto a spike. Once it’s over, pick up the Soul Amulet from the corpse. As mentioned above, Ermac’s Soul Amulet will let you open some passageways as well as Soul Vaults with Soul Fragments.

While you’re in Goro’s lair, look for the Armory in the opposite direction to the way you went for the Soul Amulet (the path to the immediate right of Goro's Throne). It'll be behind a gate that you can open with a chain again. There’s a large pillar directly ahead here with a line of flaming chain across it. You can collect the Spear of Hanzo Hasashi from here. As stated before, the Spear of Hanzo Hasashi can be used to destroy bodies in the Krypt and earn you Hearts, as well as solve some puzzles to spawn chests.

The last key item is Kenshi's Blindfold which lets you see invisible walls and chests throughout the Krypt. This is found in the Jails, which you can reach from Goro's Throne Room by following the path on the far right side of the room. You'll reach Goro's Treasure Chamber here before entering the Jails. Keep travelling forwards until you find Kenshi's Last Stand and can collect Kenshi's Blindfold.

If you have any trouble following the above directions, check out this video by GuideRanx to see where each item is hidden.

How to get the Reptile's Claw, Dragon Amulet and Raiden's Staff in The Krypt

Once you have all of the key items, you'll also be able to obtain the Reptile's Claw, Dragon Amulet and Thunder God's Shattered Staff (Raiden's) from the Krypt.

You need the Amulet of Earthrealm's Protector for this item, which is obtained simply by finishing the Towers of Time tutorial. With it, head to the Warrior's Shrine and interact with the destroyed statue of Raiden to get the staff.

This item is used to unlock a locked door past the Dragon Puzzle in the Mountain Passage. To the Dragon Amulet, travel to Goro's Dining Hall and take the left path from the entrance. Use a Skeleton Key to get past the door, then use the Thunder God's Shattered Staff to reach Goro's Fortress. In the lava room with the swinging traps is a chest that'll cost 20,000 Koins to open and obtain the Dragon Amulet.