The story-driven first-person-shooter with a great art style is being remade for the PlayStation 4. 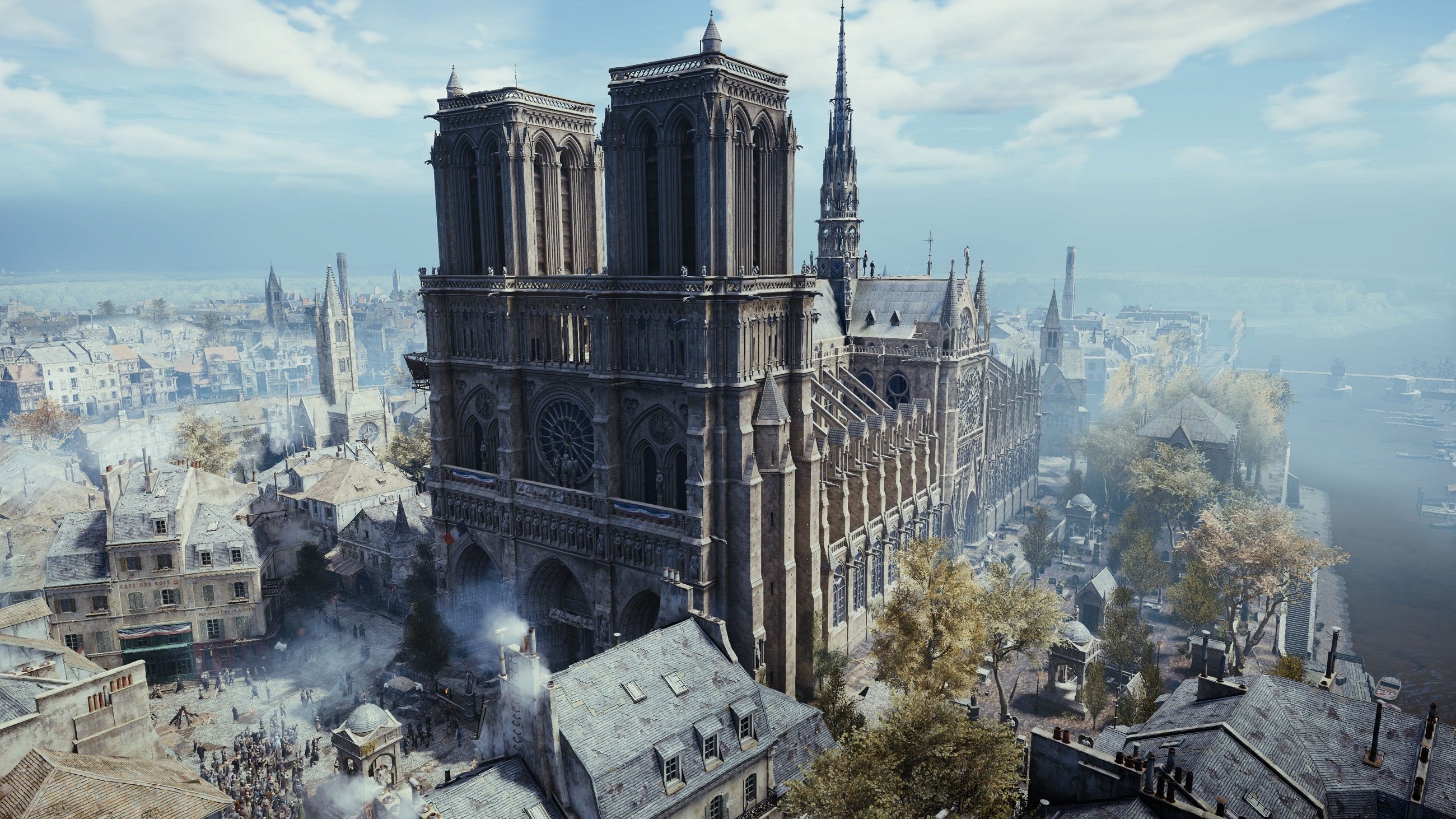 Following the catastrophic fire that occurred at the Notre Dame, people have banded together to donate towards future restoration efforts, including Ubisoft who contributed €500,000 in total donations. In addition to Ubisoft’s generous monetary donation, the company also decided to give away free copies of Assassin’s Creed: Unity between now and April 25.

The decision to give away free copies of Assassin’s Creed: Unity likely stems from the fact that players can explore and experience the structure in the game. The ability to experience Notre Dame in its complete state helps convey why the destruction caused by Monday’s fire is so tragic, as the Notre Dame has always served as a key part of human history.

As of right now, it appears the free game offer only applies to Uplay users on PC, and isn’t available on other platforms like Xbox One or PlayStation 4. Elaborating upon the decision to not only donate money to the Notre Dame, but also make Assassin’s Creed: Unity free for a short period of time, Ubisoft noted:

“Notre Dame is an integral part of Paris, a city to which we are deeply connected. Seeing the monument in peril like this affected us all. When we created Assassin’s Creed: Unity, we developed an even closer connection with this incredible city and its landmarks – one of the most notable elements of the game was the extraordinary recreation of Notre Dame.”

Ubisoft went on to explain that, “Video games can enable us to explore places in ways we never could have otherwise imagined. We hope, with this small gesture, we can provide everyone an opportunity to appreciate our virtual homage to this monumental piece of architecture.”

After learning that Ubisoft is donating to the Notre Dame, and making Assassin’s Creed: Unity free on Uplay until April 25, what are your thoughts? Are you happy that Ubisoft is being so generous, sad to hear about the fire at Notre Dame? Let us know down in the comments below!