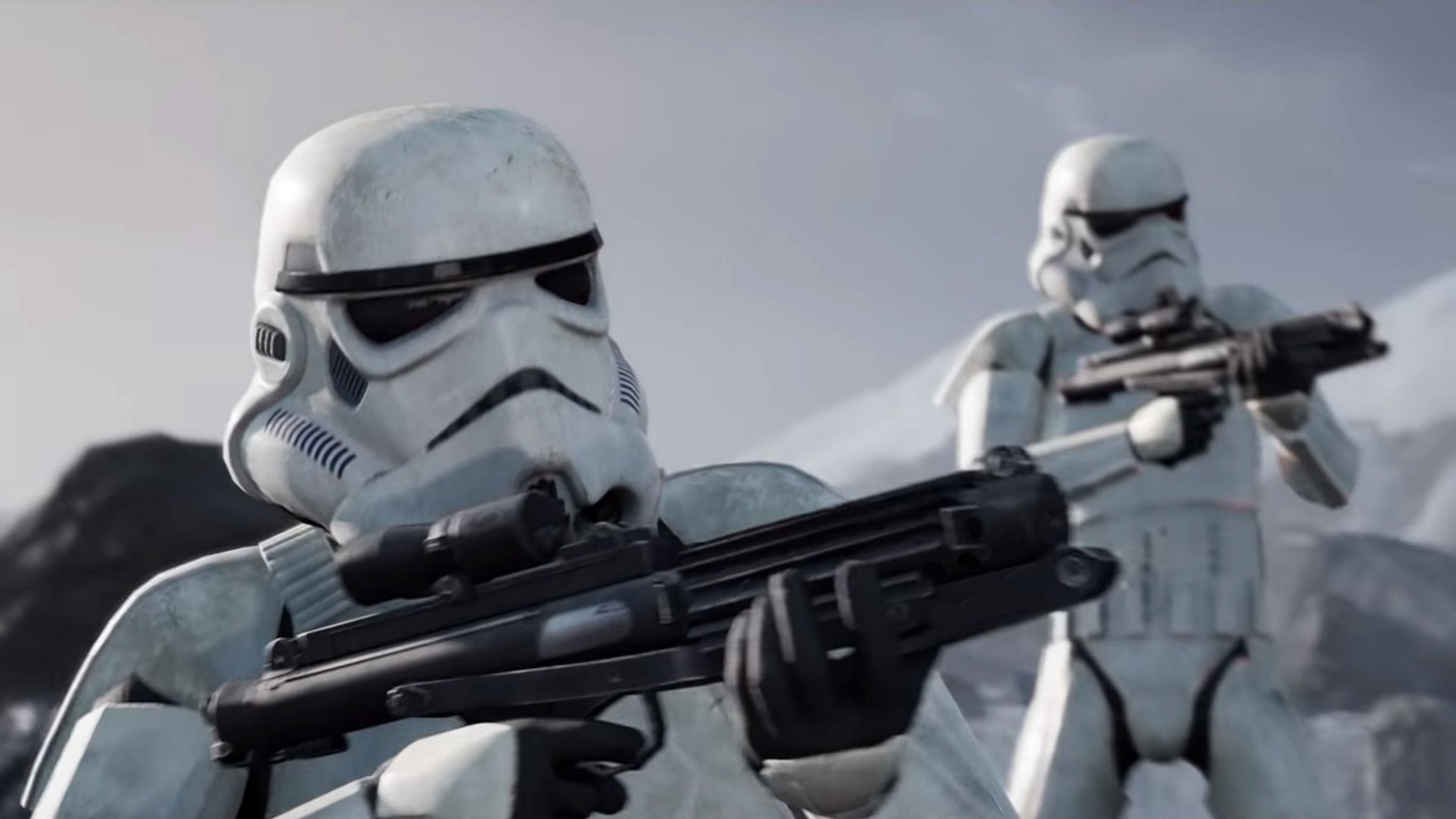 This weekend we were given our first glimpse of Respawn Entertainment’s long-awaiting Star Wars game, Jedi: Fallen Order. Set after Episode III and the near eradication of the Jedi, Fallen Order sees you play a young padawan in hiding, desperate to keep his powers and identity a secret. Though it was only a brief, two-minute glimpse of the world awaiting us, we’re already feeling that the force may be strong in this one. Here are five reasons we can’t wait for Star Wars Jedi: Fallen Order.

Respawn may have been catapulted into the limelight by Apex Legends, but before that the series they were best known for was Titanfall. The mech and big stompy robot shooter started out as multiplayer only, but in Titanfall 2 Respawn complemented the package with a single player campaign. And what a campaign it was. The story may have been nothing to write home about (except for BT of course), but every single level introduced a fresh, inventive and exciting mechanic to play with. Titanfall 2 remains one of the best shooter campaigns of the last decade, and it’s Effect and Cause mission unequalled in its field.

In all likelihood, the Titanfall 2 team will have moved directly over to Apex, but Titanfall 2’s campaign is still a testament to the freedom Respawn allowed its designers and developers. If the team behind Fallen Order is given the same lease of creativity, we cannot wait to get our hands on the final product.

Speaking of Titanfall, The Jedi: Fallen Order trailer gives a clear view of some wall-running shenanigans at 1:15. The Titanfall series perfected first-person wall-running, and while many were sad to see it absent in Apex, it looks like Fallen Order’s Jedi has certainly been practising. Third person parkour is nothing new in games, but throw force powers and suddenly you have a recipe for some seriously fancy moves. Respawn has already shown us that they know how to mix parkour in with combat, which could make Fallen Order’s fighting something very special indeed. And while we’re on the topic of combat...

The current rumor running around about Jedi: Fallen Order is that it will have Dark Souls or Sekiro-like combat, with a heavy emphasis on parrying attacks. FromSoft has certainly whet our appetites for challenging, sword-based combat in Sekiro: Shadows Die Twice, and while we doubt a Star Wars game will put up the same level of difficulty, that’s not necessarily a bad thing. Sekiro’s challenge was offputting or prohibitory to many, so Fallen Order could provide a happy medium on that front. And of course, we can hardly deny the appeal of lightsabers either.

We think it’s fair to say that, with the exception of the Knights of the Old Republic games, Star Wars titles have always been a bit lacking when it comes to storylines. Often they stick far too close to, and therefore feel constrained by, the source material of the films. Fallen Order may follow the events of Episode III, but from that beginning, it’s branching into a new and exciting path.

Playing a young, partially trained Jedi on the run and doing his best to hide his powers is an exciting concept, and one only leaves us eager to see more of Fallen Order’s gameplay. Can we expect a degree of stealth, and will protagonist Cal restrict lightsaber use to a last resort? This is a side of Star Wars we’ve not seen before, but we’ll have to wait until E3 to hear more. All we ask is for no shoehorned in cameos of classic Star Wars characters. The universe is exciting enough without Darth Vader popping up every hour or two.

It’s a shame that it marks a rare exception in this day and age, but a standout part of Fallen Order’s reveal is the news that it’ll launch without any multiplayer component, and more importantly, no microtransactions. In a game published by EA, no less.

Find out more in less than 24hrs pic.twitter.com/mM2viEk2xv

The announcement — originally made on the EA Twitter account — was met with a hefty degree of scepticism, which feels fairly justified after the Battlefront 2 debacle just a few years back, not to mention their continued reputation for extorting FIFA players. However, it’s important to remember that Fallen Order is Respawn Entertainment’s creation at the end of the day. Since multiple developers have followed up the statement with their own eager words of support, we’re pretty sure it’ll hold true.

In a world filled with always online, games-as-service releases, it’s been wonderful to lose ourselves in contained experiences like Resident Evil 2 and Sekiro this year, and Star Wars Jedi: Fallen Order looks set to offer another world to lose ourselves in without modern-day distractions.