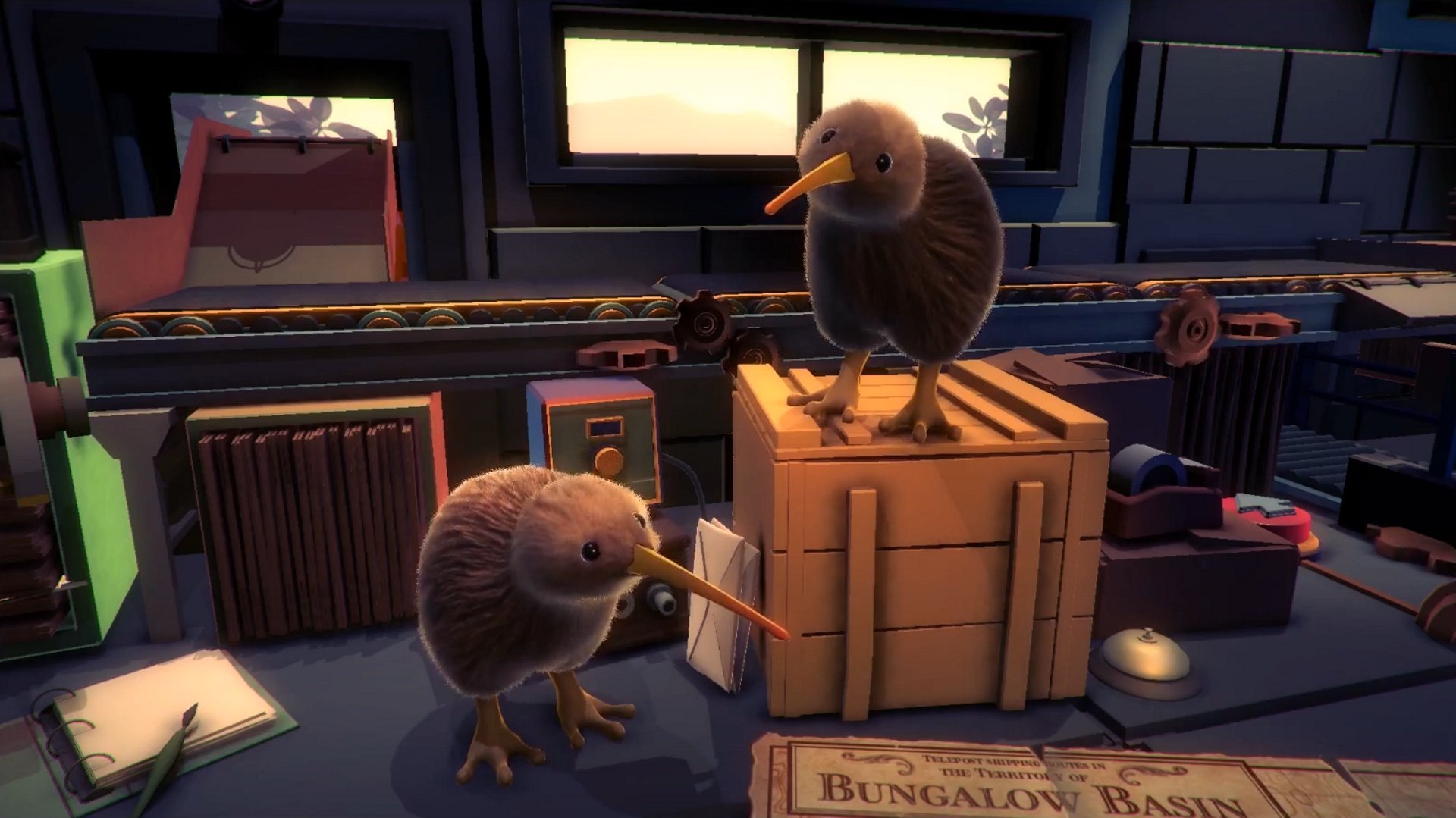 Every week, game developers worldwide share their works in progress with Twitter via #screenshotsaturday. In the Screenshot Saturday Showcase we take a look back at the cracking submissions from the weekend to bring you three interesting games in development. This week, put your feet up and enjoy a nice cup of cocoa while you read about spas, mail and a battle for the future of the stars.

#screenshotsaturday #indiedev  A picture is worth a thousand words... but a gif is worth a wiggle pic.twitter.com/FGYmjELAUH

The life of a marshmallow is a tough one. You spend all day wrapped up in a package, waiting to be roasted and eaten with your friends. Such a stressful live deserves a reprieve, and that’s where the Marshmellow Day Spa comes in. As it happens, marshmallows love nothing more than relaxing in a nice warm cup of cocoa, provided you adjust it to their tastes.

As the proprietor of the Marshmellow Day Spa, your job is to pamper your guests by creating the ideal hot chocolate hot tub based on their desired ingredients. As well as heating the bath to the right temperature, the correct chocolate, milk and topping all need to be tracked down via platforming and added to each tub.

An adorable and relaxing break, Marshmellow Day Spa was originally built by four friends for itch.io’s Winter Jam 2019, but since then the developers have continued to update and refine the game. You can download the current version of Marshmellow Day Spa by naming your price on the game’s itch.io page.

New gameplay video! KeyWe takes place across 3 seasons; in the opening Summer chapter, Jeff & Debra must learn the ropes of the relay station, get some postal shifts under their belts, and survive the monsoons Summer brings. #screenshotsaturday #madewithunity #indiegamedev pic.twitter.com/k31wDe1Aee

Along with fruit, Kiwis are adorable flightless birds native to New Zealand. What you might not know about them, is that they’re also extremely diligent postal workers. KeyWe is a cooperative puzzle platformer in which you and a friend control Jeff and Debra, two cute little kiwis who want nothing more than to get through their shift at the post office as smoothly as possible.

You might think this would be a challenge for birds without wings, let alone arms, but Jeff and Debra are not to be underestimated. Hopping between shelves, keys, levers and treadmills, the pair must spell out addresses and messages, sort items into delivery boxes and more via pecks, jumps and butt slams. All while dealing with the tempestuous weather of Bungalow Basin.

KeyWe is currently in development for Windows PC and Max, but developer Stonewheat & Sons hopes to bring their family-friendly puzzler to Nintendo Switch, Xbox One and PS4 in time. Take a look at the game’s website for more pictures of KeyWe in action.

It's really coming down out there. In KeyWe, new seasons bring new weather, and new challenges. But the Telepost has mail to send, monsoon or not. Sure hope the power stays on... #screenshotsunday #madewithunity #indiegamedev pic.twitter.com/sVkkgXfWq1

Set up camp after missions so your squadmates can get some well-deserved rest and eat together #screenshotsaturday #pixelart pic.twitter.com/oJKZTZmoRC

Star Renegades is a squad-based tactical roguelite in which you lead a team of rebels in an endless fight again the powerful, oppressive forces of The Imperium. Set in a pixelart sci-fi world, your team explores a colorful overworld before battling through procedurally generated dungeons to develop your band of fighters.

However, it’s not just the levels that are generated. Star Renegades promises and Intelligent Adversary System in which unique enemies are generated and evolve to take your team down. To help you tackle this threat you’ll be able to unlock upgrades equip your squad with loot obtained through dungeons or trading with merchants. Surviving members of your team will even be able to form strong bonds with one another, and even have children that can join your side down the line.

Star Renegades is currently aiming for an early 2020 release on Steam where you can Wishlist it to show your interest. For further information and the chance to be invited to closed playtests, sign up to the newsletter on the Star Renegades website. Developer Massive Damage inc also released an enjoyable track from the OST to scratch that sci-fi itch early.

That’s it for this week’s Screenshot Saturday Showcase, but to see more entertaining indies you can view all the previous showcases by clicking right here!