Get a first look at Star Wars: Jedi Fallen Order this weekend

First gameplay of Star Wars: Jedi Fallen Order will be unveiled as part of the Star Wars Celebration in Chicago 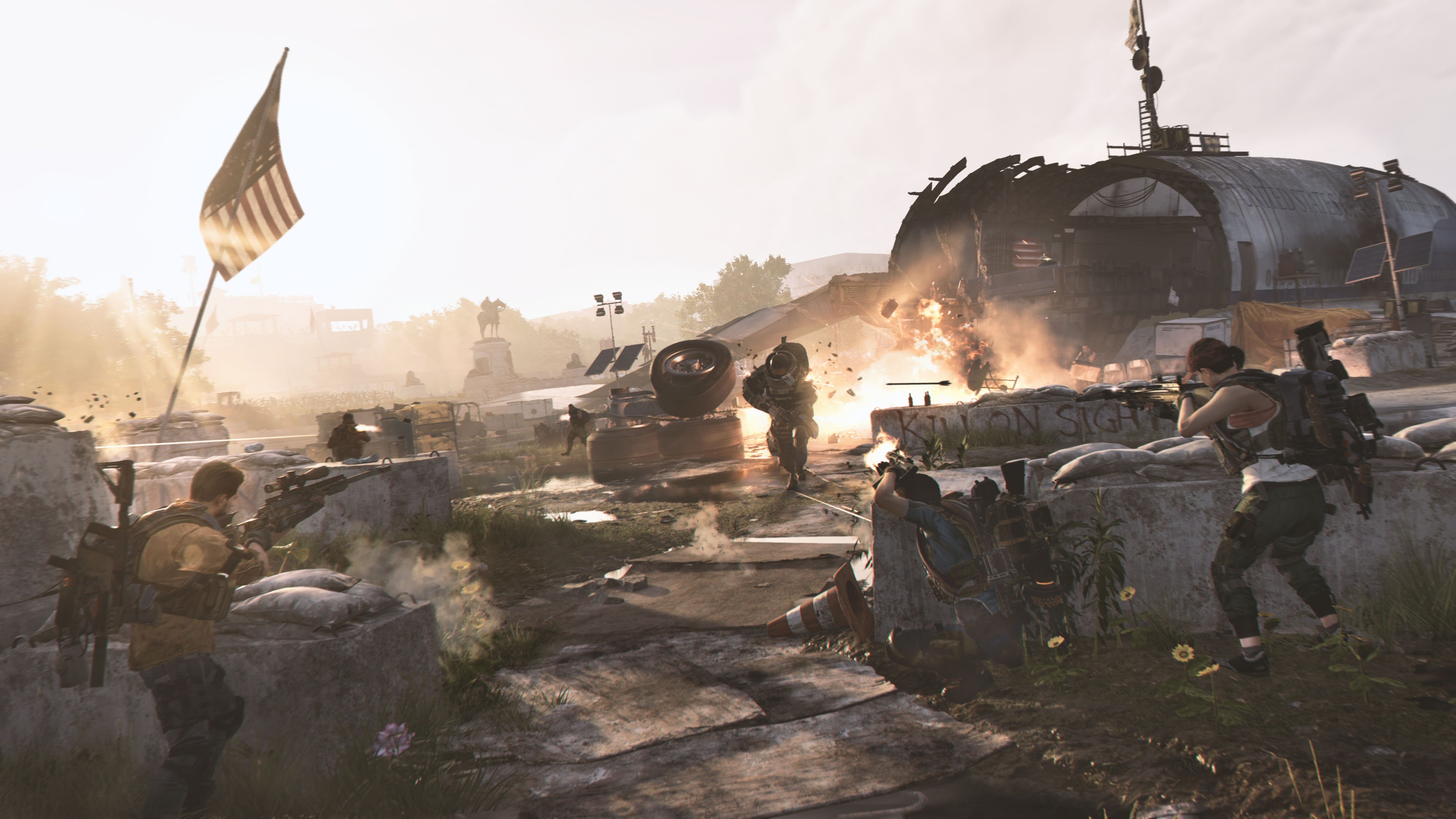 The Chatterbox SMG is one of The Division 2’s exotic weapons, and if you’re hoping to obtain it for yourself, you’re going to need to put in some work. It’ll take a long time and a lot of grinding to get the Chatterbox SMG, but this guide can take you through all the steps needed to make your job just that little bit easier.

Along with a lot of effort, you’ll need some pretty good luck to get the Chatterbox SMG quickly, so don’t be disheartened if this takes a while. Throughout the process you’ll need a lot of Hyena Keys, so if you don’t know how to get them, take a look at this Faction Cache Keys guide by our friends at Shacknews. It's worth noting that the stats for the CHatterbox will depend on when you obtain it, so make sure you've already reached World Tier 4 to get the best version you can.

The first item you need on the route to the Chatterbox is a Loaded Canister. This can be obtained from Hyena Caches in Downtown East, but there’s no guarantee you’ll get one in each. Rather than wander around, we recommend playing the Grand Washington Hotel mission repeatedly as there are two Hyena Cache locations inside.

The first can be found during the fight in the hallway. There’s a small bathroom in a room with an exploded wall on the left side. Once you’ve taken out the enemies, look for the cache in there. The second cache is at the end of the mission. Stop when you get outside after heading up the stairs to the roof. Turn to the right instead of climbing the box ahead and you’ll find the Hyena cache tucked away here. If you don’t find a Loaded Canister first time, replay the mission until you do.

Next up is a Creative Mag. The only place you can grab this is in the Federal Triangle, and the bad news is that there’s only one guaranteed Hyena crate here. Start the Jefferson Trade Center mission and play it all the way through until you reach the garage. Head to the back of this area and you’ll find the Hyena cache next to the exit. Your only other hope is to run around in freeplay and hope to find a Hyena cache, but the mission at least guarantees the spawn of one.

The last core part of the Chatterbox SMG is the Modified Mods, and thankfully it’s in a set spawn point this time. Travel to Judiciary Square and enter the Police Station on Indiana Avenue. Pass through the courtyard and take the elevator down. Head through the building until you reach the parking garage where you’ll find the Hyena Cache with the Modified Mods in.

With the three core parts of the Chatterbox SMG obtained, you now need to find the blueprint for the weapon. To grab this, make your way to Downtown West and find the Bank Headquarters. Take on the mission here and progress through it until you get to the office filled with weapon crates. There are a bunch of screens here and a panel on the back right wall. Approach the panel and a prompt will pop up, letting you open a secret room. There’s a Hyena Cache in here that can contain the blueprint. It’s not a guaranteed spawn but should be pretty common, so hopefully it won’t take many tries if you’re unlucky the first time.

With all the pieces and the blueprint together, you can now craft the Chatterbox Exotic SMG! As with all the exotics, the Chatterbox has a selection of tasty perks that’ll help you as you play. Here’s everything it offers.

Each shot that hits gives a 1% increase to rate of fire, up to a bonus of 60%. The bonus will reset when the weapon is reloaded.

Each kill refills the magazine by 20% and gives a temporary buff for 10 seconds. During that period, every shot you hit will increase the magazine size by 1 up to a max of 60. Killing another target will fully refill the magazine and end the buff. Combined with Incessant Chatter, you can keep firing for a long, long time with the Chatterbox.

Within 5 seconds of your last kill, reloading a weapon with the Chatterbox SMG holstered will give a 20% increase to rate of fire for 10 seconds.