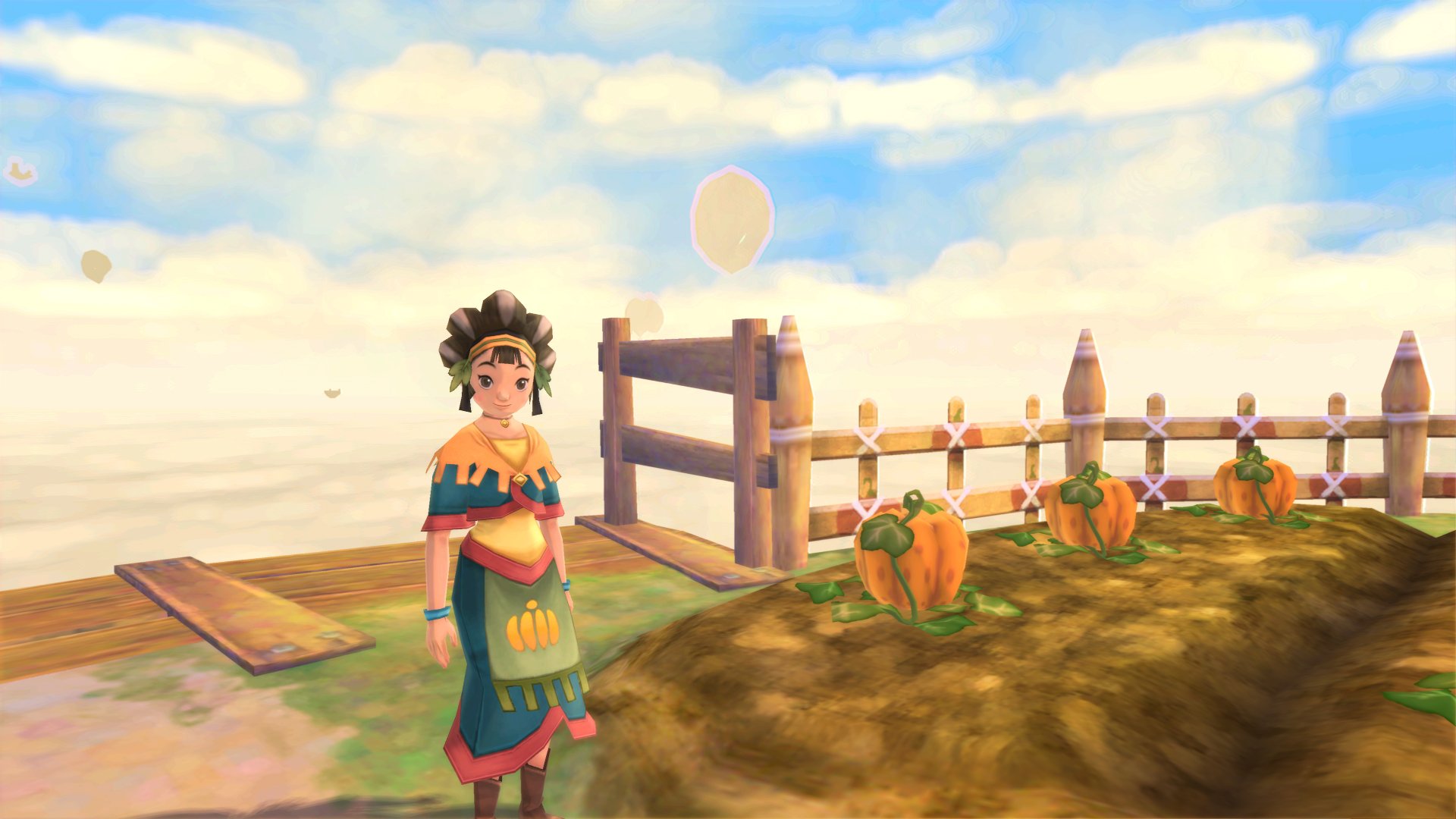 The Wii and GameCube games we want to see on Switch

Nintendo recently released its plans to launch Super Mario Galaxy, The Legend of Zelda: Twilight Princess, New Super Mario Bros. Wii and Punch Out!! on the Nvidia Shield. Sadly, these games will only be available on the Android-based device in China. While it's unlikely we'll see these games on Nvidia devices outside of China, it's worth pointing out that the Switch uses Nvidia's Tegra chip technology, while the recent Switch update now allows players to hook up their classic GameCube controllers via USB.

This has led many fans to speculate that Nintendo will soon port its beloved Wii and GameCube library to the Switch Virtual Console when it’s launched next year. It certainly looks like the Switch library is about to get a whole lot bigger, so what Wii and GameCube games do we want to see on the Switch?

Wii games we want on Switch

The Galaxy series is bursting with excellent level designs and fluid controls that make rocketing through its galactic vistas a real treat. It pushed the Wii to its limits with its mesmerising planetary visuals, whimsical audio and completely redefined what a 3D platformer can be. While Mario Galaxy harkens back to Nintendo’s N64 classic with nostalgic faces and places from the Mushroom Kingdom, it also re-invents the franchise with space-themed tweaks and mechanics. Both these games are wonderful in their own way, and despite Mario Odyssey taking the limelight as the latest and greatest 3D Mario game, Mario Galaxy still has plenty of features that keep us coming back time and time again.

The Legend of Zelda: Skyward Sword

Skyward Sword’s initial release back in 2011 was met with overwhelming praise from fans and critics alike. However, many Zelda aficionados now hold the game with contention and place Skyward Sword near the bottom of the spectrum. Criticisms seem to have permeated through a combination of motion technology, familiarity, and lack of real exploration. Despite these flaws, Skyward Sword is still a fantastic Zelda game. It may not offer the amount of freedom that other Zelda titles offer, but it did create some of the best characterisation we’ve seen from the series. Suddenly, Zelda wasn’t just another princess who needed saving, she was a person who had emotions, motives and feelings. For the first time, fans got to see how these characters interacted with one another, an area which Breath of the Wild would later explore further. The game’s dungeons are also a blast to play through, especially Sky Keep’s puzzling rooms and Lanayru Mining Facility’s manipulation of time.

While we eagerly await Samus’ return to Nintendo’s home console, we’d like to play the Metroid Prime Trilogy to tide us over. While the first two games were released on the GameCube, the third and final instalment was exclusive to the Wii, making this trilogy bundle perfect for new and returning fans. The trilogy delivers some truly epic sci-fi action and offers some of the best gun-toting gameplay we’ve seen on a Nintendo system. The Prime trilogy delivered some truly awesome looking environments such as the Chozo ruins, Dark Aether and Bryyo. These locations and habitats all feel alive and unique, partly thanks to Prime’s scanning features, which allow players to scan alien lifeforms, read ancient scripts and study various objects to try and figure out the world around them. The Prime series is compelling, exciting and immersive enough that we’d be more than happy to equip our Arm Cannon and blast a few Space Pirates once again.

Xenoblade Chronicles was a latecomer to the aging Wii system, but it gave Nintendo’s home console the life it needed before the Wii U hit the shelves. This JRPG offered a beautiful world, streamlined gameplay, likable characters and a fantastic soundtrack that quickly captured the hearts of those that played it. Because of the niche market for JRPGs in the west, Xenoblade Chronicles’ print run was very low, but it soon reached critical acclaim. As a result, finding a copy of Xenoblade Chronicles can be rather difficult, especially since demand for it has risen thanks to the subsequent titles that have since been released on Wii U and Switch. Being able to play this 100+ hour JRPG on your TV, then switching to handheld mode would be a fantastic way to enjoy the game’s unique quirks.

No More Heroes is returning for its 10th anniversary with the arrival of Travis Strikes Again for the Nintendo Switch. The game will be released next year and will be the third instalment since the second game launched back in 2010. As a result, there’s never been a better time to sit down and play through Travis Touchdown’s hilarious hack ‘n slash hijinks. Both these games have a habit of delivering bizarre situations, awesome boss battles and clean-cut combat. No More Heroes is easy to recommend to anyone looking for a unique experience. Did we mention that you get to slice up your enemies with a lightsaber?

GameCube games we want on Switch

Nintendo fans have wanted a new F-Zero game for years now, but the closest we came to having this breakneck speed was when F-Zero X appeared on the Wii U eShop. However, F-Zero GX delivered the unrelenting speed we craved and allowed us to blast our way around Mute City like never before. Trying to finish first while 29 other speed freaks attempt to send you tearing off course is as terrifying as it is exhilarating. F-Zero GX is one of the prettiest games on the GameCube, not to mention the fastest. Even the most hardcore racing game enthusiasts will find the intensity of harder circuits difficult, especially when you’re required to traverse each course with near perfect precision. There’s nothing else quite like the F-Zero series and we’d love to see this GameCube classic on the Switch.

Mario Sunshine doesn’t deliver as much rule bending as Super Mario Galaxy, but it makes up for this with its beautiful level design and charming story. It would seem Nintendo’s Italian plumber can never catch a break, especially when he’s aiming to go on a much-need holiday retreat. Instead of soaking up the virtual sun on the tropical Delfino Isle, you’ll be hosing off graffiti, hovering over obstacles and attacking enemies with Mario’s trusty Flash Liquidizer Ultra Dousing Device. While the game doesn’t tear itself away from Nintendo’s previous N64 formula, the F.L.U.D.D. device does offer some rather interesting mechanics that keep Mario Sunshine feeling fresh despite its age.

The kingpin of Nintendo’s Smash Bros. series is none other than Melee. Super Smash Bros. Melee is the go-to game for pro and causal levels of play and we’re still dusting off our GameCube controllers to beat the living snot out our friends to this day. With a treasure trove of characters, unlockables and game modes, you’ll quickly realise why Melee was the best-selling GameCube title. It’s certainly a strange sight to see Samus, Link, Bowser and Mewtwo all in one game, but watching these iconic characters brawl is a spectacle in itself. There are limitless incentives to keep playing and the overall simplicity of the controls allows anyone to pick up and play. If Nintendo wants to get fans excited for the GameCube Virtual Console lineup on Switch, then Super Smash Bros. Melee will do just that.

Viewtiful Joe introduced 2D fighting games to a whole new generation and it did this with both style and grace. It may be nothing more than a button masher game, but Joe’s over the top nature quickly landed this game in the limelight. It wasn't just Joe’s slick look that made this 2D brawler stand out amongst the crowd, it was the VFX that set itself apart from other games at the time. Joe features unique gameplay elements in the form of Joe's VFX abilities, which are designed to emulate camera tricks seen in films. These time bending abilities can be used in both battling enemies and solving various puzzles. Dodging enemy attacks and countering with a flurry of slow motion punches still feels great to this day.

The Legend of Zelda: Wind Waker

Breath of the Wild’s brilliance has us hungry for more Ganon slaying action, so it would be great to revisit Link’s seafaring quest. Wii U owners got to marvel in the HD delights of Wind Waker, but many Switch fans have yet to experience this GameCube classic. The Wind Waker is notable for being the first game in the series to employ cel-shading, which gave the game a colourful, cartoon-like appearance. Exploring the high seas on a sentient boat, while playing various melodies with a magical conductor’s baton certainly makes for a charming entry to the critically acclaimed series, and one we’d love to see on the Switch. After all, being able to explore the sunny shores of Outset Island, braving the storms of the Great Sea and listening to Wind Waker’s sweeping orchestral score would certainly make commuting and traveling a whole lot better.