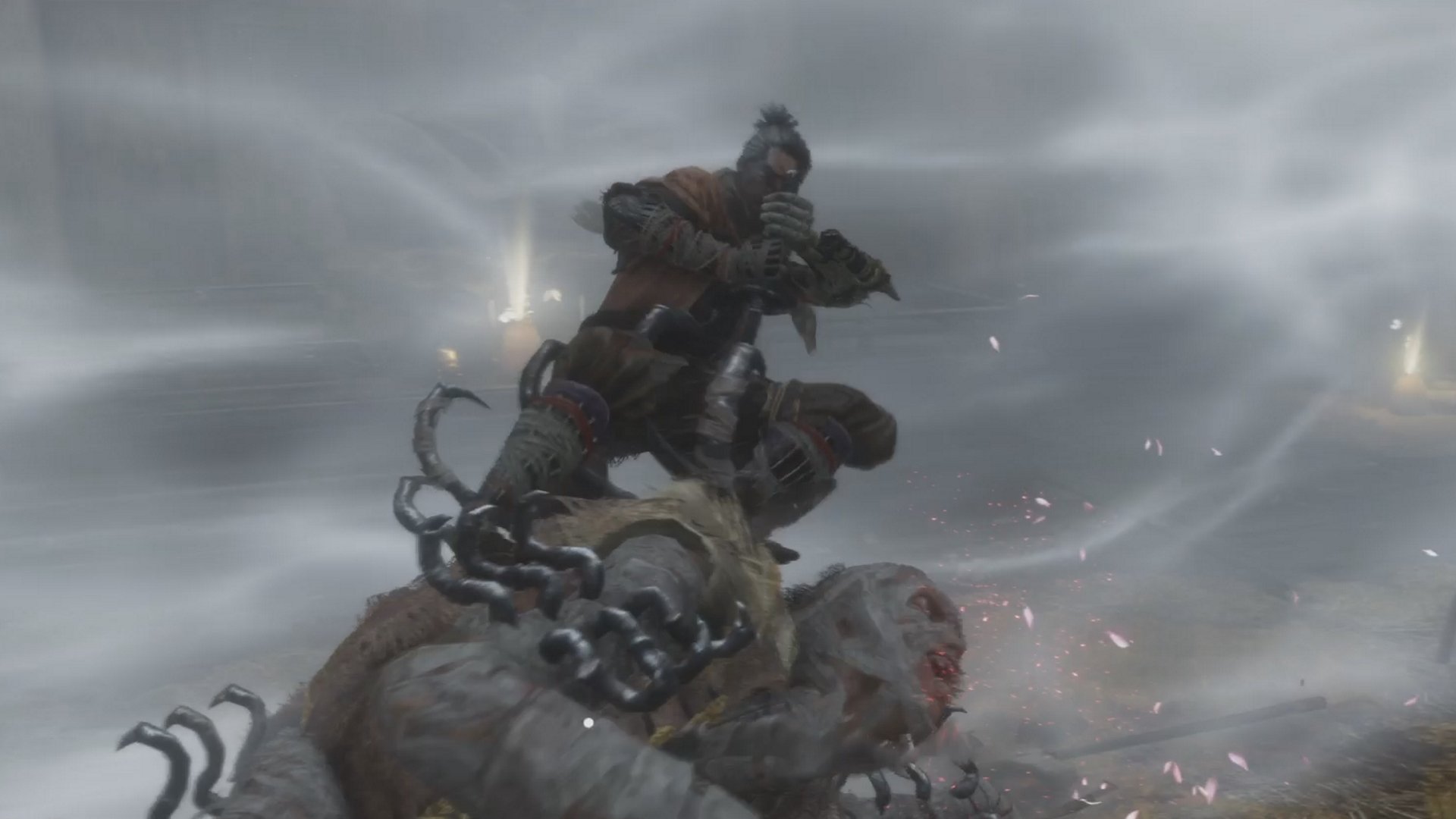 If you’ve dared to delve into the Sunken Valley of Sekiro: Shadows Die Twice, you may have come across the oddly named Long-arm Centipede Giraffe boss who guards the Gun Fort shrine. Though his name may be ridiculous, the razor-sharp blades he wields are no joke. In this guide, we’ll take you through the tricks needed to overcome this ferociously aggressive boss and claim the valuable reward he’s guarding. Read on to learn how to beat Long-arm Centipede Giraffe in Sekiro: Shadows Die Twice.

Long-arm Centipede Giraffe is all about aggression. He’ll attempt to overwhelm you by battering through your posture with a long string of attacks. While this might seem scary at first, he only has around three attack patterns total, making him one of the easiest bosses to learn. The key is to practice deflecting/parrying his regular strikes while waiting for the chance to counter his sweep attack. Long-arm Centipede Giraffe’s posture builds quickly and reduces slowly, so maintain your resolve and you’ll be able to break it easily.

Before you head into the arena, we highly recommend taking some Gokan’s Sugar. This will reduce the posture damage you take for the next two and a half minutes, and believe us you’ll be taking a lot. Unlike Sen’un there isn’t a lot of room to move about in Giraffe’s boss fight, so expect him to be on top of you at almost all times.

To make this fight a lot easier, purchase the Ascending and Descending Carp skills from the Ashina Arts skill tree (learn how to get it here). These will increase the posture damage an enemy suffers whenever you deflect their attacks.

There isn’t much to learn before you’ll be comfortable with this fight. Familiarize yourself with the moves below and you’ll soon beat Long-arm Centipede Giraffe.

Attack flurry: Long-arm Centipede’s main attack involves a string of 3-10 swings with his claw arms. The strikes come at regular intervals, making them easy enough to parry once you have a bit of practice. Typically he’ll perform four strikes, then five more before a final delayed hit. If you dodge out of range he’ll cut the sequence short. The attack flurry is often followed by a sweep attack, so be prepared to jump.

Sweep/Lunging Sweep: The only unblockable attacks Long-arm Centipede Giraffe has are sweep attacks. At the end of an he will sometimes raise both arms up behind him before swinging them at you in a low sweep. This attack deals heavy damage, but all you need to do to counter it is to jump. As soon as you see the red warning kanji, jump in the air then press the jump button again to kick him for high posture damage.

For the lunging sweep, Long-arm Centipede Giraffe will scuttle backwards before preparing a long lunge forward. The red warning kanji will flash up before the lunge, so as soon as he backs off, get ready to jump. Press jump again while over him to kick for massive posture damage.

By building up his posture meter through deflections you’ll soon be able to break his posture and open him up for a deathblow. Repeat the process again in the second half and Long-arm Centipede Giraffe will be one of the fastest bosses to take down in the game.

Now that you know how to beat Long-arm Centipede Giraffe in Sekiro: Shadows Die Twice you’ll have earned your reward of the Divine Fan. Don’t miss the hole in the floor - you can drop down to explore the caves further and grab more items. If you haven’t beaten Genichiro Ashina, you’ll need to do that now before you can progress much further. Once you’re done with the Sunken Valley, you might want to move on to Senpou Temple where you can take on the Armored Warrior and Giraffe’s long lost relative, Long-arm Centipede Sen’un.