The Snake Eyes Shirafuji boss fight is one of the few you can cheese with ease in Sekiro: Shadows Die Twice. 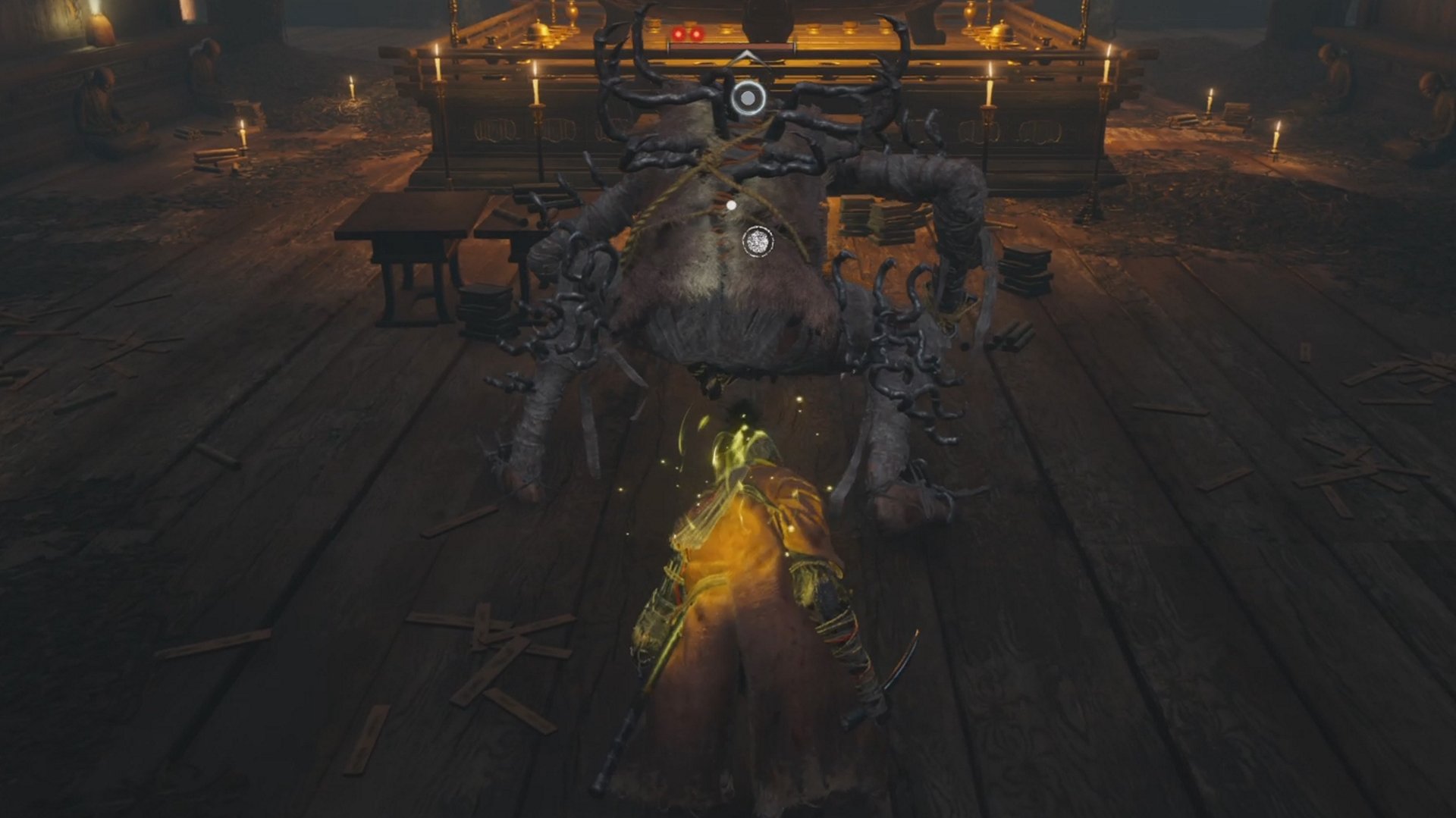 Of all Sekiro: Shadows Die Twice’s many mini-bosses, the crawling, Centipede men are perhaps the freakiest. A ferocious frenzy of metal blades, bosses like Long-arm Centipede Sen’un can be overwhelming to deal with. However, once you conquer your fears and learn how to face them, they’re actually one of the easier bosses in the game. In this guide we’ll teach you how to beat the Long-arm Centipede Sen’un boss fight in Sekiro: Shadows Die Twice.

How to beat Long-arm Centipede Sen’un in Sekiro

If you've already taken on Long-arm Centipede Giraffe in the Sunken Valley, Sen'un likely won't pose much trouble. In fact, he's arguably easier thanks to the ability to land a stealth attack on him. On his own, Voldo wannabe Long-arm Centipede Sen’un isn’t a particularly tough boss, but it’s his little minions that cause the most trouble here if you’re not careful. Dealing with them can prove time-consuming, but is well worth doing before you fight Sen’un himself.

Reaching Long-arm Centipede Sen’un is a bit of a pain, but the fastest route we’ve found is from the Main Hall Sculptor’s Idol. Starting from here, run out through the doors you behind you (open them if you haven’t already) and start sprinting left back down the hill. There are loads of enemies here, but provided you don’t stop sprinting none of them should be able to hit you. Keep running and take a left near the large bonfire to follow the path down to Long-arm Centipede Sen’un’s abode.

Hide on top of the roof here until the following enemies have forgotten about you (only the dogs should follow all the way down, and can be killed by a single shuriken from the roof if needed), then drop down to the entrance. Inside are two small centipede men. Rush them down to kill them before they throw incendiary grenades.

Enter the house again and before you drop down, apply some Gokan’s Sugar as this will reduce the posture damage you take. Now drop down to attack him for an easy first death blow to start the fight.

To win this fight, you’re going to need to deflect a lot of attacks quickly. Long-arm Centipede Sen’un has very little posture and it won’t recharge quickly, so if you can parry and jump counter, you’ll beat him in no time at all. Thankfully the timing is quite generous here, so you can mostly just mash block and you’ll build up his posture damage quickly. Here are the main attacks to watch for:

Attack flurry: Long-arm Centipede Sen’un will swing his claws between 3-10 times depending on whether you’re in range. The number of strikes means he can easily break your posture if not careful, but equally, if you parry a few of the hits then you’ll build his meter quickly. He’ll typically follow this up with a sweep, so when you spot the red kanji, jump in the air and hit jump again to kick him for massive posture damage.

Sweep/Lunging Sweep: After an flurry, Long-arm Centipede Sen’un will either do a standing sweep or jump back before lunging forward into a sweep. This is the only unblockable move he has, so when you see the red warning kanji, jump into the air and kick him for more posture damage.

That’s all you need to be wary of to beat Long-arm Centipede Sen’un in Sekiro: Shadows Die Twice. He can be scary to look at, but he’s actually a bit of a baby once you get over that initial surprise and are willing to take the time to clear out his minions. Now that you’ve beaten him, you need to make sure you’ve bested Genichiro Ashina to progress much further in Senpou Temple, but you could also head to the Sunken Valley and take on Snake Eyes Shirafuji instead.