Here are the best April Fool's Day posts and updates we've seen so far in the world of gaming. 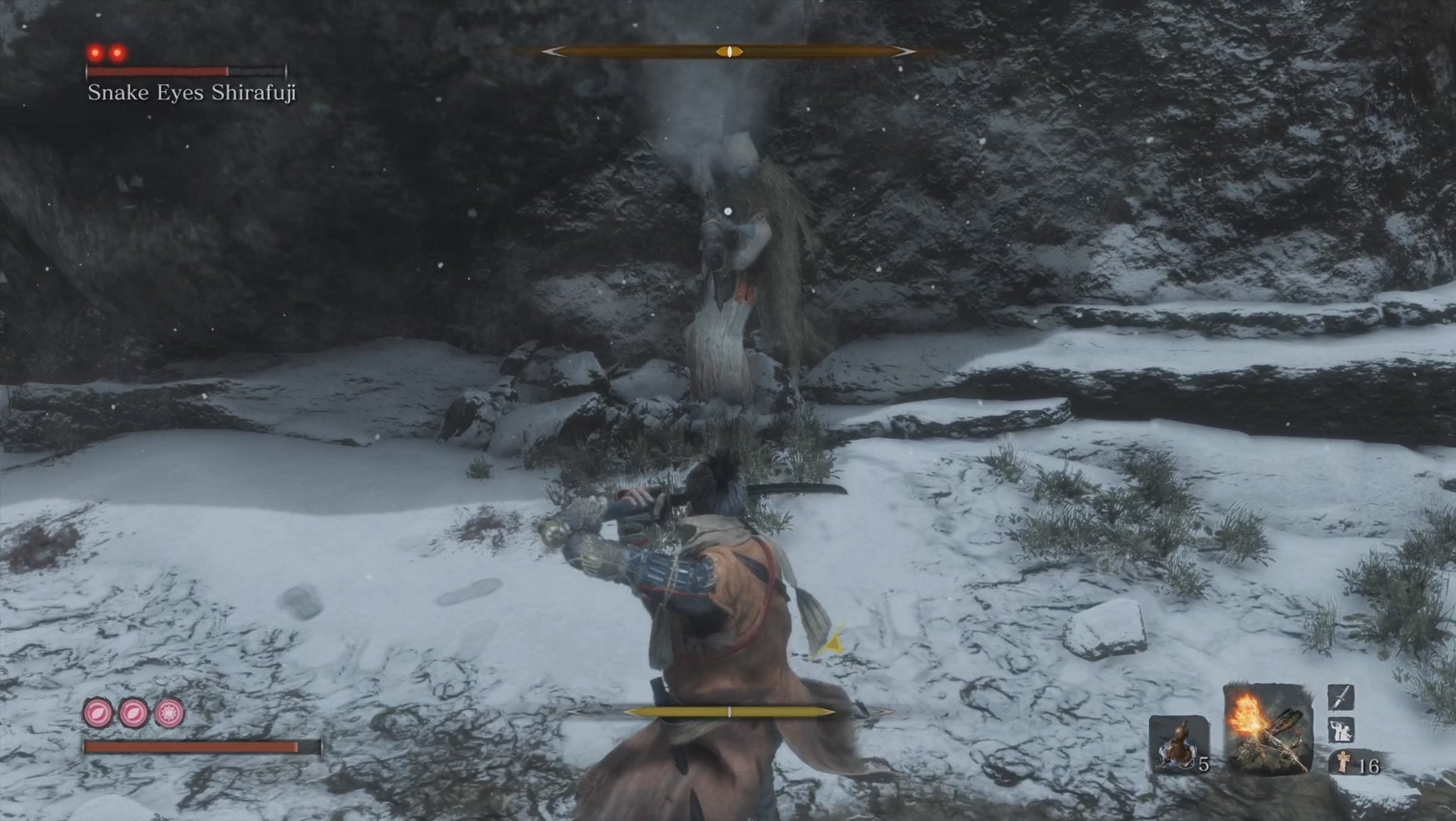 Squash this pesky mini-boss with our guide on how to beat Long-arm Centipede Sen'un in Sekiro: Shadows Die Twice,

The Sunken Valley of Sekiro: Shadows Die Twice is filled with gun-toting ladies who don’t take kindly to intruders in their domain. As you grapple between ledges you’ll face snipers looking to shoot you down from every angle, so it makes sense that the miniboss of this realm would be the deadliest sharpshooter of them all, Snake Eyes Shirafuji.

The Snake Eyes Shirafuji boss fight asks you to tackle a shotgun/sniper hybrid weapon, closing the range to deal damage with your sword. Worse yet, you won’t be able to land a stealth takedown to deal with one of Shirafuji’s lives. Thankfully, if you know the tactic to employ then this fight shouldn’t post much of a challenge. Read on to learn how to beat the Snake Eyes Shirafuji boss fight in Sekiro.

Snake Eyes Shirafuji is a boss fight that seems unfair in principle. She has a gun, and you’ve only got a katana, a few fancy tools and your wits. Thankfully, due to videogame logic, Sekiro can block incoming bullets just like any other attack, though Shirafuji’s deal an incredible amount of posture damage.

Shirafuji has a number of different to medium range attacks, including a sniper shot and shotgun blast. The trick here is to get up close to her and stay there. Shirafuji’s close-range arsenal is severely limited, and if you position yourself right you’ll be able to leave her in a cycle you can repeat over and over.

To start the fight, stand on the cliff edge next to the Sunken Valley Sculptor’s Idol. You’re going to be jumping down to the platforms in front, but as soon as you do you’ll come under fire from several snipers. The trick here is to not stop moving. So long as you keep grappling, jumping and running over the platforms, you won’t get hit. Jump down and rush through this area until you reach the central platform with Snake Eyes Shirafuji.

Once you land on the central platform you’ll be safe from the snipers, but you shouldn’t stop moving. Sprint directly forward and slice at Snake Eyes Shirafuji who’ll be standing up. The Whirlwind Slash Combat Art is a great damage dealer here, but you can also use the Flame Vent to set her on fire.

Shirafuji has two main gun attacks, a charge up shot and a shotgun blast. Fortunately, they’re easily blocked or dodged so once you recognize them you won’t have much trouble. Keep your guard up unless you’re attacking or Shirafuji is swinging her weapon so that you can parry.

Charge shot: This sniper round has a long windup where she’ll lock her sights on you before firing. Shirafuji will be standing upright, with her gun shouldered. You can block this, but expect to take a lot of posture damage. Ideally, dodge so that you can counter attack. Be careful though, as if you dodge too early then you’ll still be hit.

Shotgun blast: Deployed at midrange, these act as a “get off me” move. For the charged blast, Shirafuji takes a knee. Either jump or block this. For the quick shotgun blast, Shirafuji lowers the gun to her waist and hops backwards before firing. This deals less damage but hit over a wide arc, so block it. Don’t let her escape when she does this. Sprint up again after she fires to stick close.

Spin kick: If you get up close, she’s actually a breeze to defeat. Her main move will be a spinning kick to push you back. Rather than attack this, let her kick and then parry the move. It’s only one hit so the deflection should be easy to land. Follow this up with a thrust attack. This will put you close enough that she tries to kick again, letting you repeat the cycle as shown above. Even if she breaks your posture with kicks, you’ll have enough time to move in again before she can aim a shot.

Gun Grab: The main attack you now need to watch out for is Shirafuji’s grab. She'll raise her gun slowly overhead before swinging it down to hook you. Whenever the red kanji appears, dodge backwards and jump to get out of range. You can also jump straight up and deflect the move in the air. If she catches you on the ground you’ll take a lot of damage. As soon as you’ve dodged, run in and land a hit before the kicks start again.

With this strategy in mind, this boss fight should be a relative walk in the park. Just watch out for those other snipers from the gun fort once you’ve finished her. Now that you know how to beat the Snake Eyes Shirafuji boss fight, it won't be long before you need to face Long-arm Centipede Giraffe and his ferocious metal claws. If you haven't already, you should definitely take on Genichiro Ashina before progressing much further. Otherwise, you might consider heading to Senpou Temple soon where you’ll face the Armored Warrior.