Nintendo has streamed up with the streaming service to offer a year's free Switch Online membership. 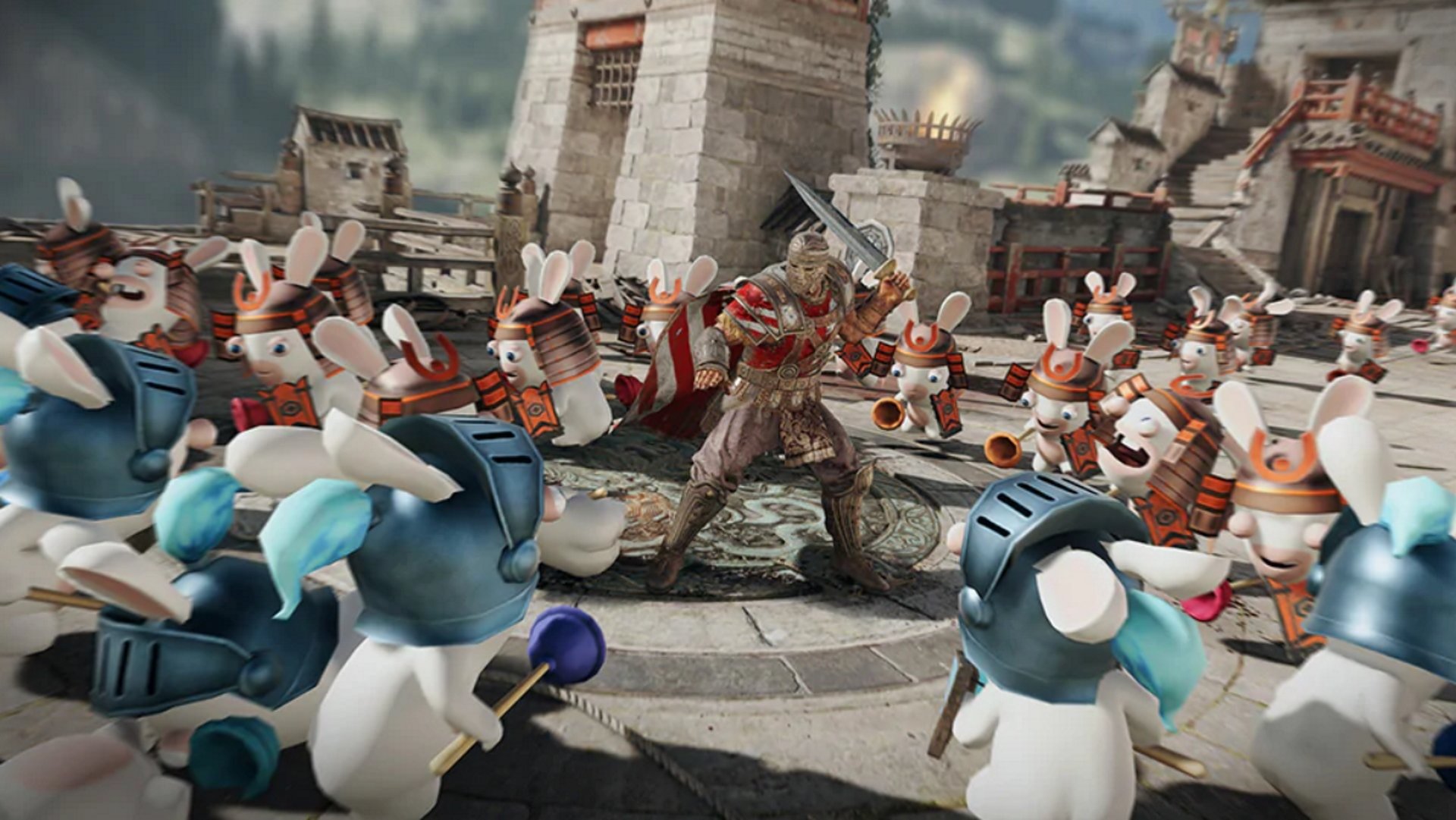 Rabbids descend on For Honor in April Fools limited-time event

Learn where to find all the Gourd Seeds in Sekiro to boost your healing as much as possible!

Ubisoft’s multiplayer sword fighting game For Honor has been invaded by Rabbids in a special limited-time event.

As part of April Fool’s Day, players will now be able to put Rabbids to the sword, spear, axe, trident or, well, any of the other myriad weapons For Honor offers. Usually appearing in more child-friendly titles, these wild little bunnies are far from defenceless here, and come adorned in pieces of armor and wielding weapons. Unfortunately though it appears most of them have only managed to acquire plungers or toilet brushes to attack with. Still, we’d rather not be hit by those either.

“Are you ready for bwaaaaaaar?” the official announcement reads. “The Rabbids are taking over for the minions in a special, 24-hour For Honor April Fools’ Day event”

The ridiculous event messes with more than just the minions, messing with the main menu, loading screens and music. The in-game announcer also appears to have been overrun, replaced instead with a Rabbid screaming unintelligible nonsense whenever a point is captured. For some reason, killing the Rabbids causes their bodies to transform into a a roast chicken, complete with plate. For Honor’s battlefields have never looked more delicious.

The event kicked off at 9pm PT on Sunday, March 31, and will run until 9pm today, April 1. Anyone who hops in for a game will also receive a free melee pack for taking part. If you don’t have time to jump in yourself, there’s already plenty of footage up on YouTube of players tackling the aggressive coneys.There are reports of the Rabbids not showing up in online matches, but play offline and you’ll definitely get to see them in action.

It’s lovely to see that, even with For Honor’s straight-faced appearance, Ubisoft isn’t averse to having a bit of fun every now and again. The swordfighter has received plenty of updates with new characters, maps and modes. The current update series, Year of the Harbinger recently brought a new fighter called The Black Prior, and promises further seasonal updates down the line.