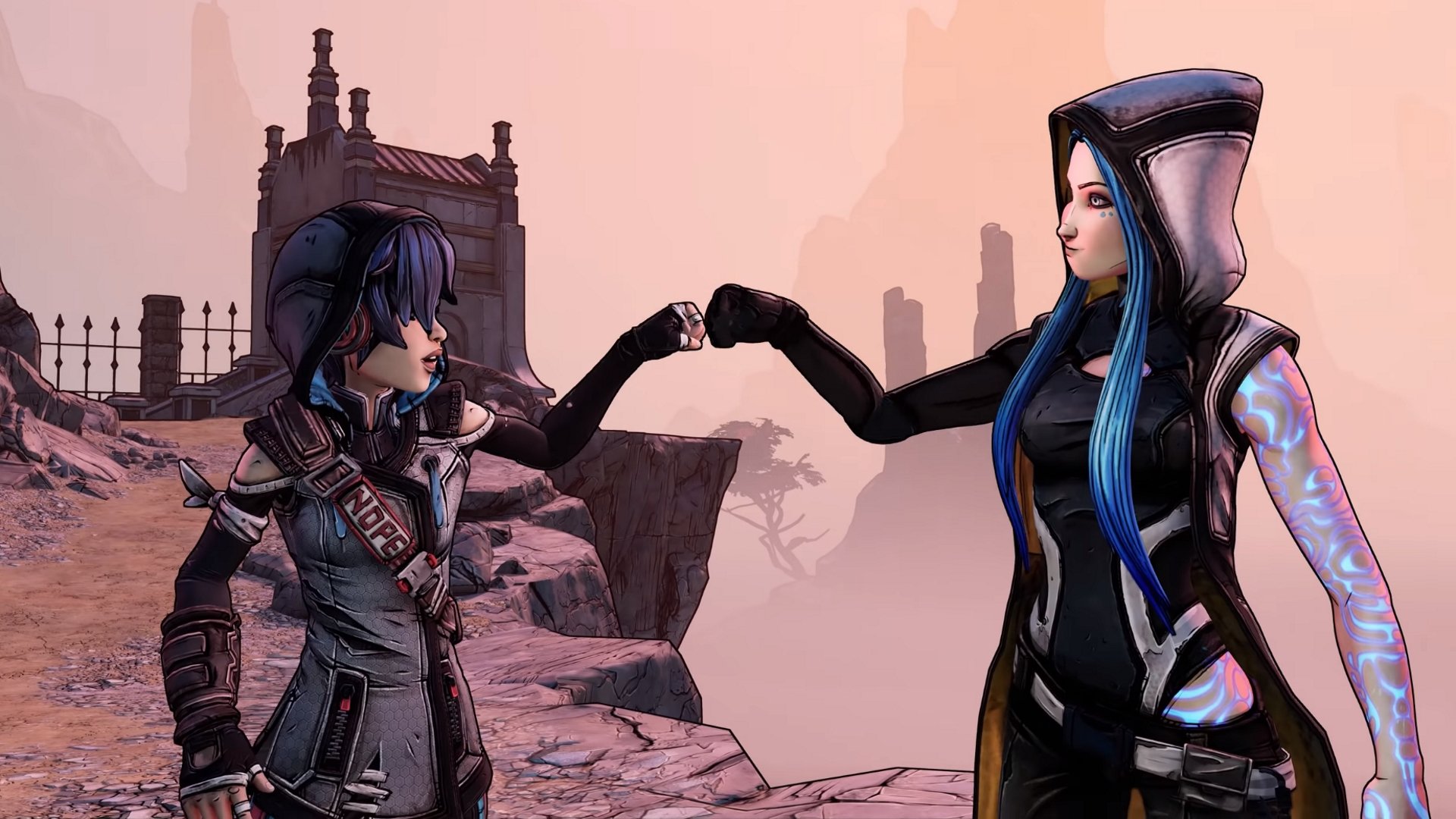 Gearbox has officially revealed Borderlands 3 with a new trailer.

In true form for the series, Borderlands 3's debut trailer comes with stylishly bombastic music and an awful, awful lot of guns. Yes, Borderlands 2's 17.5 million guns can now take a seat, usurped by the next game in the series which promises 1 billion different weapons. Naturally they'll all be different variants on the same weapon archetypes, but that still counts in our books! Take a look at the trailer below:

We get a good look at the four new playable Vault Hunters in the trailer, including a chunky, jacket-wearing robot, army lady with a drone, older bounty hunter style fellow, and what looks like an aggressive siren with some seriously impressive abs. The Baddies this time round appear to be a group named the Children of the Vault, led by two particularly mean looking characters, one of which looks to be a Siren herself. The male of the pair also has glowing runes on his face, which could mean he's also somehow gained Siren powers, despite them typically being held by women. It's possible the pair are able to steal siren powers, which could form the basis of the story.

New locales are also on display in the trailer, including a glowing cityscape, Japanese inspired fortress and musky jungle. A nice surprise was the appearance of many of Borderlands 1 & 2's lead characters, including Lilith, Maya, Mordecai and Brick. It has to be said, Borderlands 3 looks extremely Borderlands, and while that means it might not be an enormous step ahead for the series, it could be exactly what fans have been hoping for.