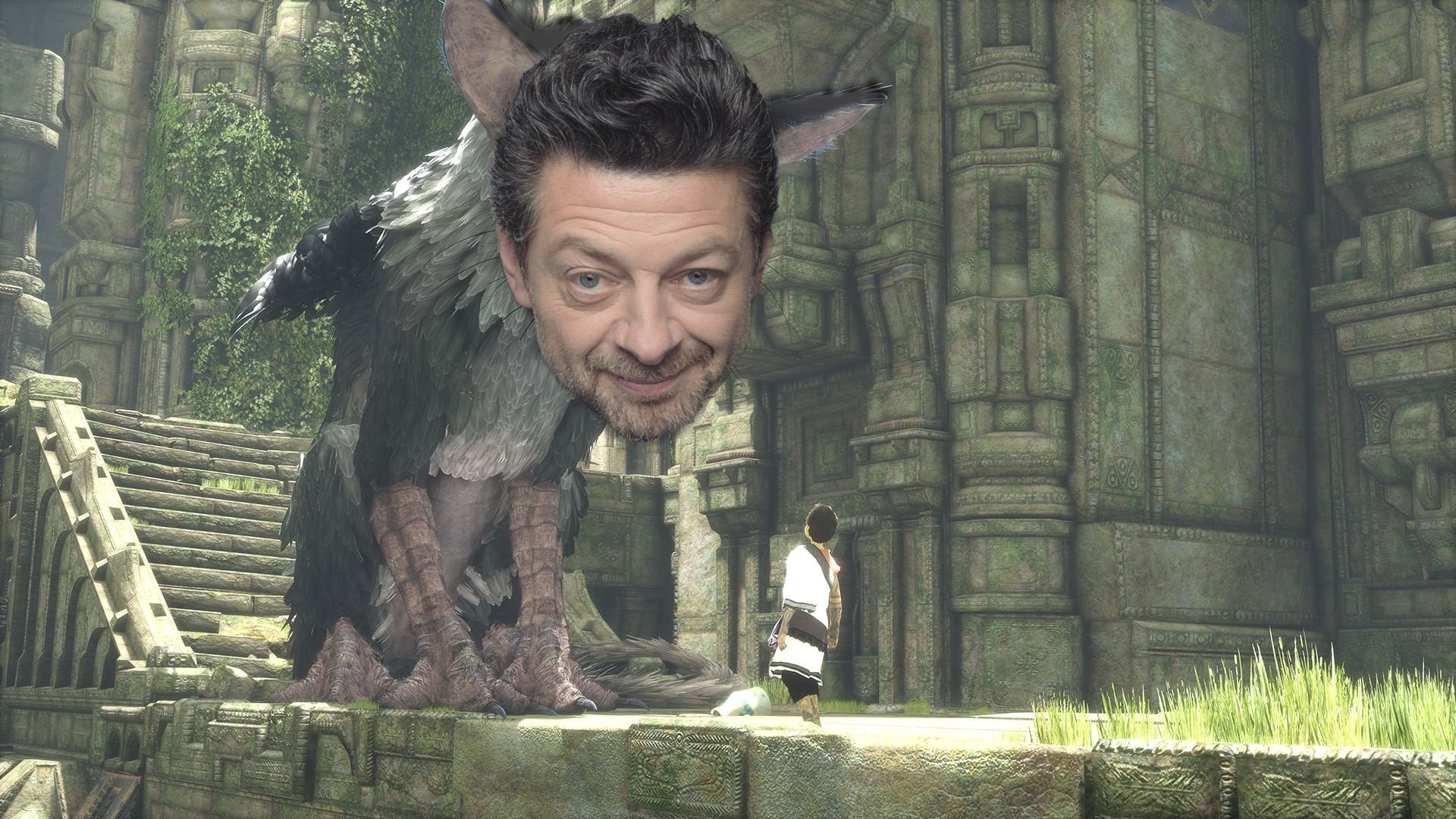 Actors we'd like to see in unlikely video game adaptations

Learning that Ryan Reynolds has been cast as Detective Pikachu today got us thinking. What are some other video games crying out for silver screen adaptation, and if they ever made it there, who would we choose to play their most iconic characters? Here are a few very serious suggestions from our extremely professional team of critics and journalists.

Andy Serkis is... The Last Guardian

A boy (played by Haley Joel Osmont - we don't care if he's 29 now) wakes up in a ruined castle in a deep valley, and discovers an enormous, winged, cat-like creature he names Trico, chained and wounded... in the role of a lifetime, by renowned performance capture addict Andy Serkis. Serkis brings Trico to life in extraordinary fashion, prancing like a half-bird, half-cat as he forges an unmistakable bond with Osmont's unnamed boy, who for the purposes of normalizing it all for Hollywood we'll rename Tuck McTrigger. Tuck and Serkis must learn to trust each other and work together if they are ever to escape their situation, but their adventure won't be easy, as their footsteps are forever haunted by the evil version of Trico, er, Pricko, also played by Serkis, but with a scar. Also starring Owen Wilson as the stained-glass windows.

Melissa McCarthy in... Gears of War

The Trump administration has helped breathe new life into late night comedy with its unorthodox approach to politics, and nobody was forced to smell that breath more than former press secretary Sean Spicer, who was memorably skewered by Melissa McCarthy on Saturday Night Live. For her next gender-bending role, McCarthy tackles none other than Marcus Fenix, reinstated to the military after four years in prison for abandoning his post to try to save his father from the Locust Horde. 14 years after E-Day, humanity stands on the brink of annihilation, but Fenix and his best friend Dominic "Dom" Santiago have a plan to turn the tide. McCarthy trained hard for the role, spending many months crouching behind a wall trying to get away with wearing a do-rag. Also starring Owen Wilson as General RAAM.

After nearly a decade on the world stage, America's favorite political bromance will bring their talents to this haunting adaptation of From Software's award-winning dark fantasy RPG. Deep in Anor Londo, where Lord Gwyn once reigned in the Age of Fire, two of his loyal knights stand guard over his daughter: the fleet-footed Dragonslayer Ornstein and the hammer-wielding monstrosity of Executioner Smough. Audiences will marvel as Obama and Biden give the film's protagonist (Luke Wilson) the fight of his life at the heart of the city's great cathedral. But will "Joe-rnstein" skewer our fair-haired adventurer, and will Smoughbama have his bones to grind across his bread? Also starring Owen Wilson as the Furtive Pygmy.

The late, great Raúl Juliá as M. Bison was probably the only acceptable thing about the famously awful cinematic adaptation of Street Fighter II released in 1994, but audiences will finally be invited to see Capcom's legendary fighting game the way its creators intended when a star-drenched cast assembles for a movie that will have the Justice League and Avengers cowering behind their sofas. Luke and Owen Wilson star as Ryu and Ken, extraordinary fighters who trained at the same dojo in Japan for over 10 years in their youth, before philosophical differences set them on vastly different paths. Now they must reunite and bring together a super team of fighters to meet the greatest threat humanity has ever known. Brian Blessed will put hairs on your chest as Zangief, while Conan O'Brien's subtle turn as misunderstood military man Guile could be there or thereabouts as we approach awards season. And nobody will forget Guy Fieri as Akuma.

The world has waited a long time for a movie based on Grand Theft Auto, one of the biggest western video game franchises of all time, but when surrealist screenwriter Charlie Kaufman joined the project and was reunited with director Spike Jonze, we all had to sit up and take notice. Grand Theft Autovich stars De Niro and Pacino as a master criminal and the robbery detective tasked with taking him down, but this cat-and-mouse tale of cops-and-robbers takes a turn for the unusual when these methodical actors discover themselves chewing on lines borrowed by the games from crime movies they both starred in. The audience - and actors - are left to wonder where the game, movie and even reality itself begins and ends, as we step inside yet another tribute to the f***ing Godfather, Scarface, Taxi Driver, or that one scene in Heat where everyone is firing M-16s in the street and it is very loud. Is love real? Also starring Owen Wilson as Hot Coffee.