Methods to farm for Lapis Lazuli and what it's used for in Sekiro: Shadows Die Twice. 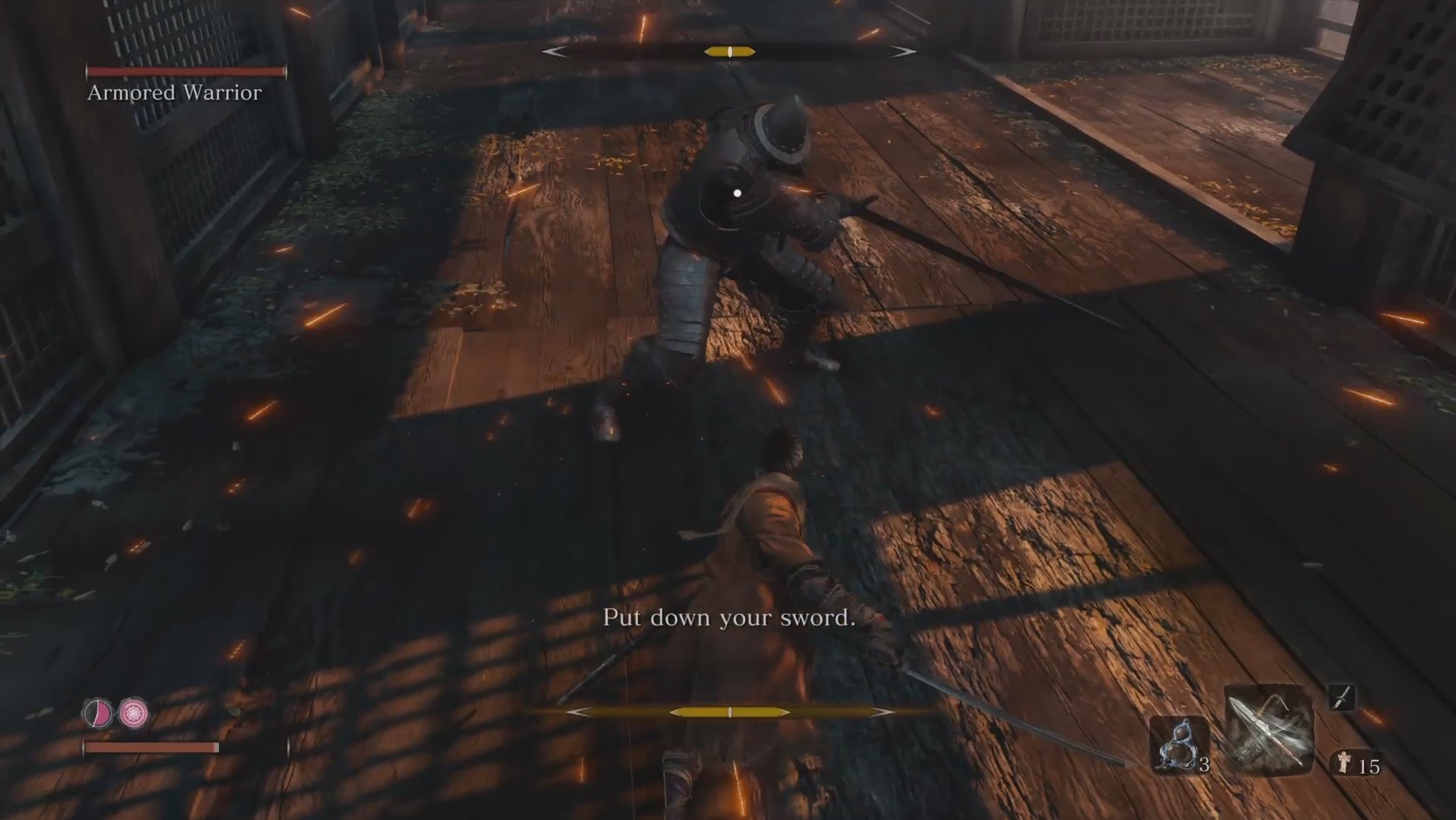 How to beat the Armored Warrior boss fight in Sekiro

If you’ve found your way to Senpou Temple in Sekiro: Shadows Die Twice, you’ve likely faced off against several corrupted monks, eager to punch your face in with their powerful fists. What may have come as a surprise , is the Armored Warrior. Clad in western , he wields an enormous broadsword and appears all but impervious to damage. While he claims your sword won’t be able to hurt him, there is a way to beat the Armored Warrior boss fight in Sekiro, and in this we’ll teach you just that.

How to beat the Armored Warrior boss fight in Sekiro

You’ll encounter the Armored Warrior after scaling the side of a cliff as you progress through Senpou Temple. You’ll reach a long wooden bridge with a roof, and it’s here that he’ll make an appearance. You won’t be able to progress without taking him down, as a fog wall will block your path, so you’d better learn to fight him instead!

The Armored Warrior won’t take any damage while you’re fighting him, and will even state this during battle, telling you that your sword can’t pierce his . The keen-eyed shinobi will notice, however, that he still has a posture bar. Build this up enough to perform a finisher, and you still won’t be able to hurt the Armored Warrior.

What you can do though, is throw him. The aim of the Armored Warrior boss fight is to break his posture, then perform a death blow from the side, kicking him towards the walls of the bridge. Adorned in full plate , he’ll smash through the barrier, falling to his death. You could say he chose a poor arena for this fight, but we’ll take victories where we can get them.

The Armored Warrior’s attacks are very slow, meaning you should have plenty of time to block or parry them if you aren’t greedy with strikes. Typically, he’ll perform 1-4 sword swings, followed by a thrust attack. When you see the red warning kanji flash up, this is your chance to perform a counter and deal a chunk of damage to his posture bar. You’ll have enough time to get one more charged attack in following the but be ready to back off and block after that.

Occasionally the Armored Warrior will perform an overhead swing instead of his usual attacks. This deals huge damage but you can easily dodge it by jumping to the side or better yet, parrying. If you get too close, the Armored Warrior will hold his sword sideways and shove you backwards, following up with a strike. Try to resist the urge to dodge if hit with this, working on a block or parry.

The main attack to watch out for is his frenzied rush. After you deal some posture damage, the Armored Warrior will roar at you before stepping forward and delivering three angry smashes to the floor in front of him. He’ll then finish the move by lunging forwards with a wide sweep. As soon as he screams at you, start backing up. It’s better to avoid this sequence entirely then strike back with a couple of hits after he misses the final lunge. Keep this up and as soon as his posture is broken, run to his side, and face one of the walls before performing the death blow.

As Sekiro bosses go, the Armored Warrior is pretty easy, but he can still deal a lot of damage if you’re not hot on your parries. Once you understand the secret to victory, patience and good timing will see you beat the Armored Warrior boss fight in Sekiro with ease. You’ll net yourself a Prayer Bead as a reward, and we also earned the Breath of Nature: Shadow skill upon victory, letting us recover posture on a death blow.

Who is the Armored Warrior?

Details regarding this figure are pretty scarce, but it’s clear he’s not from around these parts. Dressed in western medieval knight , he speaks with a distinct accent indicating he isn’t Japanese. The monks of Senpou Temple have discovered the secret to immortality, albeit corrupted, through the waters of the mountain, and it’s these the Armored Warrior appears to be after. At the start of the fight he asks you to put your sword down for the sake of his son, and should you die to him, he’ll say that his son will drink the waters.

Given FromSoftware’s penchant for dour stories, there’s a good chance he came to Senpou Temple in the hopes of obtaining immortality for his son who is, presumably, dying from some form of ailment. While we never learn the Armored Warrior’s name, his son appears to be Robert, as that’s the name he cries out when defeated. Why he chooses to take the fight to you we’ll never know, but it’s a shame the Armored Warrior chose to attack this particular shinobi.

Now that you know the secret of how to beat the Armored Warrior boss fight in Sekiro: Shadows Die Twice, have a look at some of our other guides. Want to find all the prosthetic tools in the game? We can help!