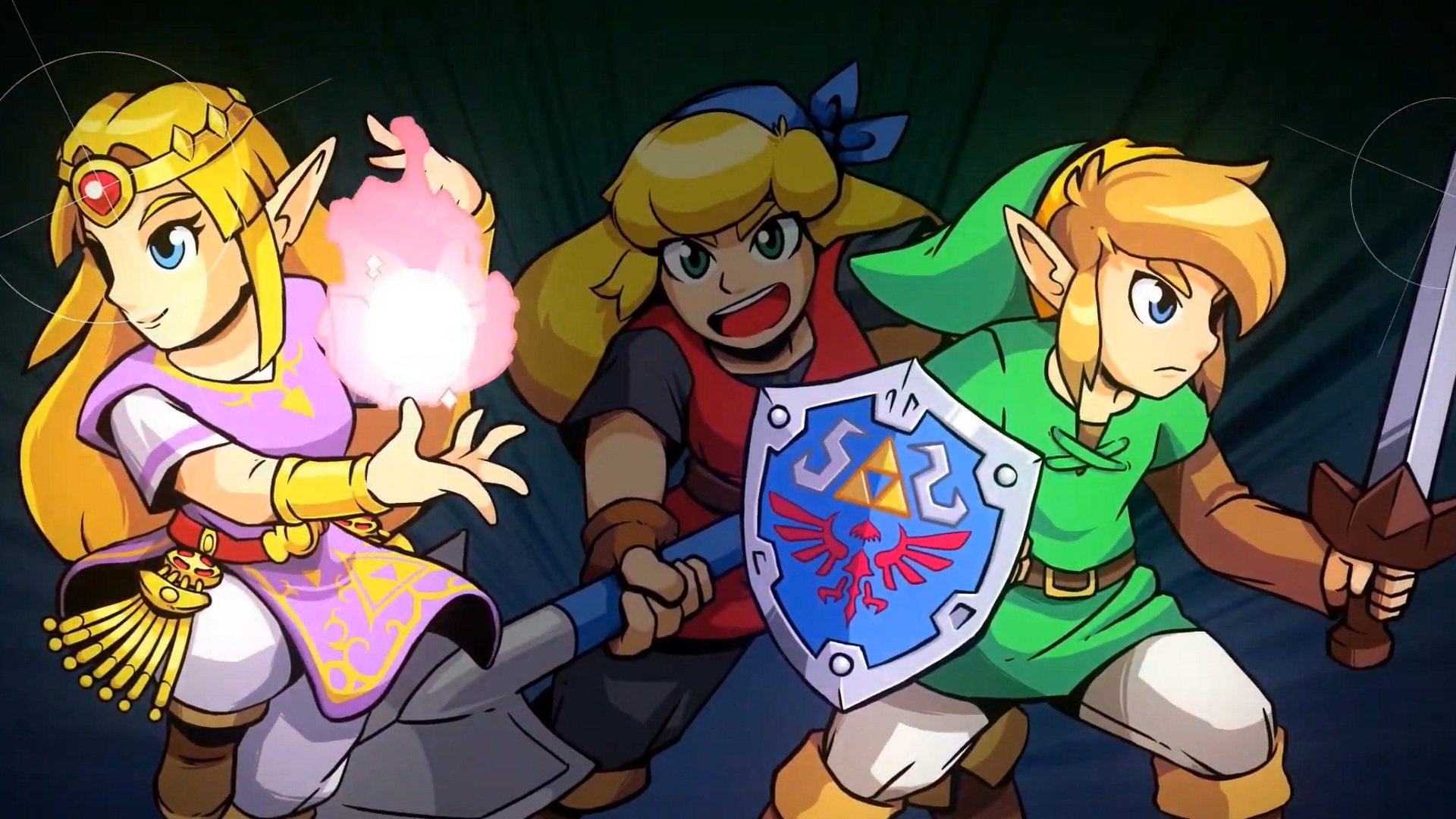 Cadence of Hyrule mashes Zelda with Crypt of the NecroDancer

Crypt of the NecroDancer developer Brace Yourself Games is working on a Legend of Zelda-themed spin-off title called Cadence of Hyrule.

Revealed at the end of today’s Nintendo Switch Nindies Showcase, Cadence of Hyrule is a new Necrodancer game set in Hyrule, with players able to take control of Zelda or Link as well as the original Necrodancer protagonist.

Following the traditional Crypt of the NecroDancer format, players move in time to the beat across 2D, grid based levels to take on monsters and secure treasure. This time though the tunes we’ll be bopping and battling to are remixes of classic Zelda themes, and if the trailer is anything to go by, they sound pretty great!

The short trailer shows off areas like Hyrule Castle and classic Zelda monsters such as Bokoblins and Lynels. Link has access to his trusty master sword, while Zelda can make use of magic to reflect attacks before poking enemies from afar with a spear. Here's the official blurb:

"In the latest rhythmic action-adventure from Brace Yourself Games, you can enjoy the gameplay of Crypt of the Necrodancer in the setting of The Legend of Zelda series. As Link—or even as Princess Zelda—you’ll explore the randomly generated overworld and dungeons on a quest to save Hyrule. Every beat of each remixed, The Legend of Zelda tune is a chance to move, attack, defend, and more, so stay one step ahead of each enemy and boss…or face the music."

Cadence of Hyrule: Crypt of the NecroDancer is due to arrive on Nintendo Switch this spring.