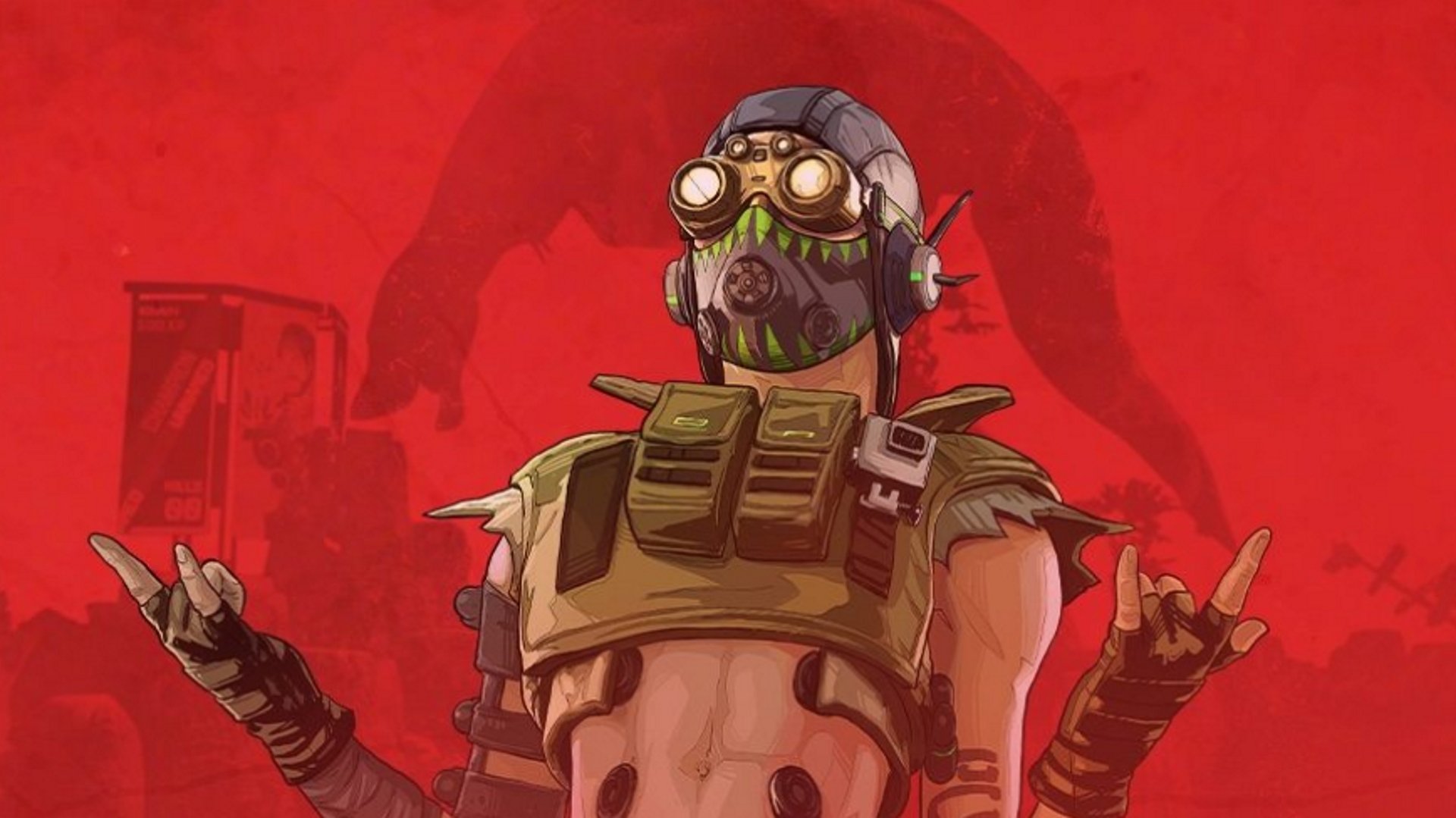 The previously leaked Octane has now been confirmed as the next Legend to join Apex Legends’ roster.

With the announcement of the release date for Wild Frontier, Apex Legends’ Season 1: Battle Pass, Respawn Entertainment has officially revealed Octane as the first new Legend to join the original eight.

Octane is described as a High Speed Daredevil, and has the abilities to match. According to previous leaks his passive ability is Swift Mend, which heals him over time when not in combat. His Tactical, Adrenaline Junkie, will grant a 30% movement speed buff for 6 seconds at the cost of 10% of his health. Finally, his Ultimate has been confirmed as a deployable Launch Pad that send anyone who runs over it into the skies.

While the names and exact numbers for each of these abilities has yet to be confirmed, Octane’s jump pads have already begun appearing in game around Market, letting players test them out ahead of the Season 1: Wild Frontier release tomorrow. So far as we know, Octane won't be included in the Battle Pass, meaning players will need to purchase him with Apex Points or by saving up Apex Legends' premium currency. Octane's price has yet to be revealed.

While his Legends page has yet to appear, here's the short blurb from the official site:

"Misfits, outcasts, drifters, and grifters – the Apex Games welcomes them all. Keep your eyes on the skies for the Games’ newest Legend, Octane."

Octane will be added in the Season 1: Wild Frontier Battle Pass for Apex Legends, which arrives tomorrow at 10am PT.