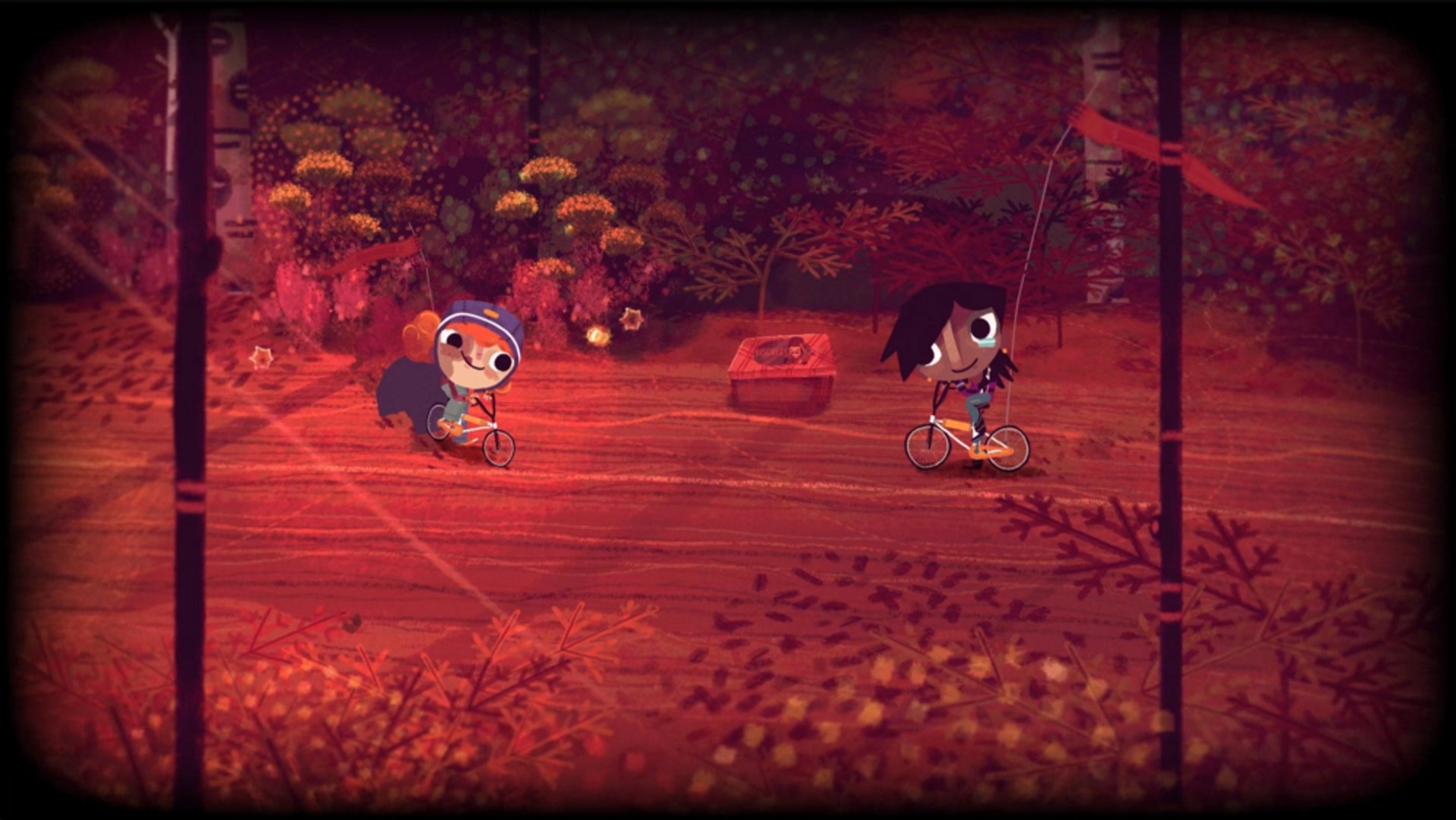 Every week, game developers worldwide share their works in progress with Twitter via #screenshotsaturday. At the start of each week, we take a look back at the cracking submissions from the weekend to bring you three interesting games in development. This week we’ll take you on a ride of imagination, battling undead knights, tiptoeing through spooky manors and avoiding papercuts!

Added a quick bit of polish so that Knights And Bikes *will* pass the all-important @CanYouPetTheDog test #screenshotsaturday pic.twitter.com/hNBdXXcgxi

Knight And Bikes sounds like the name of a pretty sweet metal album, and while Foam Sword isn’t starting a musical career, their debut game is no less exciting. Set in the 1980s, Knights And Bikes stars two young girls named Nessa and Demelza, eager to explore their island through pedal power.

Uncovering mysteries and getting each other into all sorts of trouble, their fantastical imagination will see them take on demons and undead knights with powerful weaponry like frisbees and wellingtons. Helping other islanders will grant the pair new abilities that’ll aid their quest to stop the historical isle from being overrun by modern developments. Oh, and you’ll be able to pet dogs too, which is always a big win our book.

Knights And Bikes is being developed from the ground up for local and online co-op play, though single player will definitely be an option. Funded via Kickstarter in 2016, the game has already drawn quite a bit of attention thanks to its utterly gorgeous hand-drawn art style. While there’s no release date as of yet, you can wishlist the game on Steam to show your interest.

I thought The Glass Staircase would be finished this weekend  but ran out of time again. The last part is longer than I expected, but I think it'll be worth the wait.

Play the alpha version or my other horror games at https://t.co/SDFDzQOI0J#screenshotsaturday #gamedev pic.twitter.com/jCYTzvLGBI

Puppet Combo has made a name for himself developing a series of short, ‘80s themed survival horror games. Each plays on a different horror trope, from spooky late night gas stations to chainsaw massacre style terror. His latest title, The Glass Staircase, is described as an “homage to PS2 survival horror and Italian zombie movies,” complete with fixed camera angles, a haunting environment and extremely limited ammunition.. Exploring a large manor, you’ll uncover its dark history as your friends begin to disappear.

The aging graphics of Puppet Combo’s games only add to the terror, with blurry, distorted visuals letting your imagination do most of the work. Glass Staircase, along with Puppet Combo’s full history of previous games, will be available to anyone who supports his work on Patreon for $5 a month.

Hello everyone! Tying up a few loose ends, but the demo should go live in a few hours!#screenshotsaturday #indiegame #gamedev pic.twitter.com/l6NBZMlsQn

Scrap Story may be the most adorable game we’ve featured yet in the Screenshot Saturday Showcase. Lovingly crafted paper art pops to life as Scrap Story’s chibi protagonist waddles and bounces through the world. Grass flattens as you walk across it, paper trees wave flimsily in the breeze, and cardboard boulders snap in a satisying manner when bashed with a mallet.

It looks like there's a long way to go yet in development, but as a debut game by this indie dev, Scrap Story has certainly caught our interest. A demo has just hit the developer’s itch.io page, letting you test out the game’s platforming and a few different abilities including a mallet, sword and spindash. It’s short teaser, but a great chance to see just how pretty Scrap Story is in action. Better yet, there’s a follow up demo in the works that’ll include an entire chapter of the game to test.

Hello everyone. This will be my last #screenshotsaturday of the year, so I thought I would do a concept for a snow scene. I also want to thank everyone who has followed along with the project so far and hope you have a wonderful holiday. Lots of big things coming early next year! pic.twitter.com/2EGvgPRl4w

That’s it for this week’s Screenshot Saturday Showcase, but if you’d like to check out more indie games in development, click here for all our previous features!