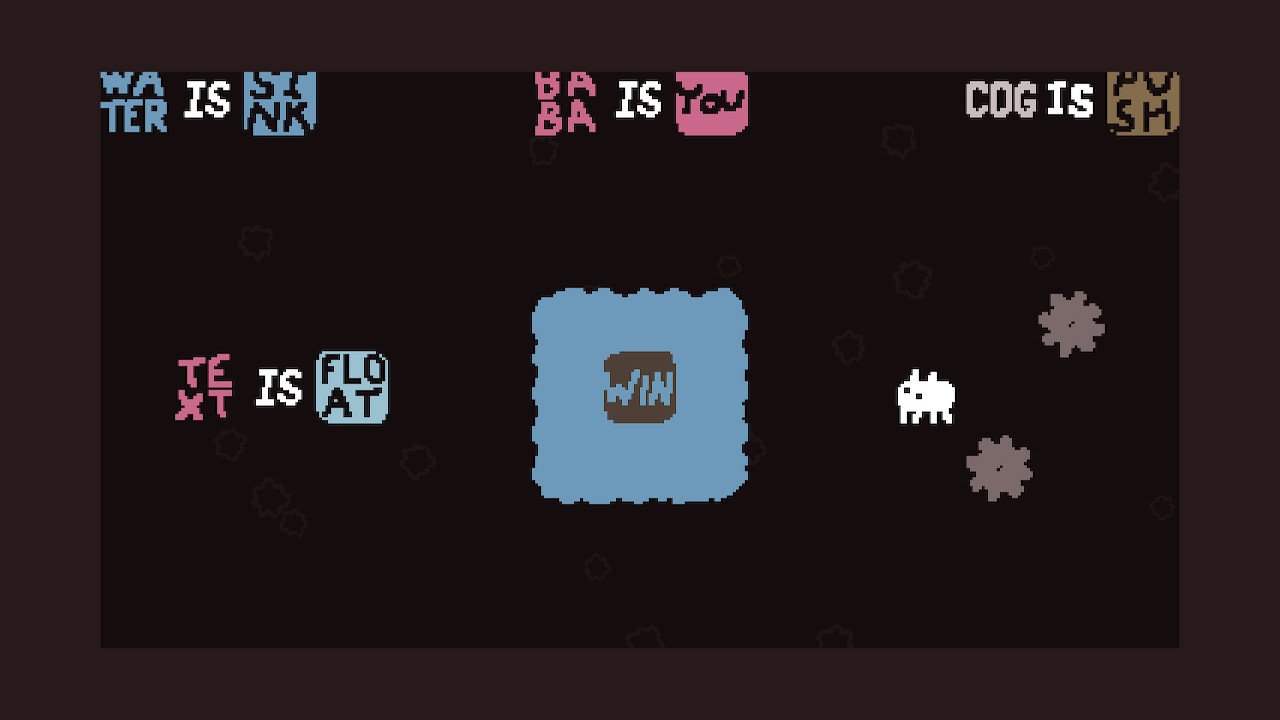 Baba Is You Review: Breaking the rules in the best way possible

Baba Is You is, at first glance, a simple puzzle game about helping a small blob-like critter called Baba reach a victory flag on single screen levels. In reality, the solutions are often anything but that. The central concept in Baba Is You is that the rules to each level are contained within it as single word blocks. Trapped within brick walls? Three blocks in the level will read “Wall Is Stop”. Deadly skulls in your path? “Skull Is Defeat” will be written nearby.

The trick is that you can interact with these rules by pushing segments of them, changing the game’s core systems. Push “Skull” away from “Is Defeat” and their menacing faces will harm you no longer. Everything interactable in the level will have its rules somewhere on the screen, and that includes you. Baba Is You is more than just the name of the game, it’s a core rule that you’ll find on most levels. A rule that’s made to be broken. Replace Baba with Rock, for example, and you’ll now be controlling each and every rock on the screen. “Flag Is Win” may be the default victory condition, but if the text is easily available, there’s no reason it has to stay that way.

In Baba is You’s second level I took control of the walls and marched them to the victory flag. In another I spent a good few minutes puzzling over how to navigate a seemingly impassable set of hedge squares. It seemed impossible until I realised the level hadn’t defined its walls to block movement, meaning I could simply walk straight through them. Baba Is You challenges you to override your preconceptions about games. The start of each level then becomes a moment of assessment, scanning over each of the defined rules and available words to see what affects what, and how much you can change.

While things start off simple, the difficulty ramps up quickly. Each new world introduces one or two new mechanics in the form of new words or rules. Additions like “Move” or “Has” open up all manner of complex operations that’ll leave you scratching your head as you hunt for solutions. The latter stages of each world will seriously test your mental muscles, and we often found ourselves having to return to a puzzle later to approach it with a fresh mindset.

Thankfully, you’re rarely left with just one path to progress. Baba Is You smartly offers two or three levels at time, meaning you can pick and choose which challenges to take on. There’s no hint system though, so if you do find yourself stumped then you’ve only your wits to rely on. Finally crack that tough puzzle through a new combination of rules or positioning and you’ll be rewarded with that near tangible “A-ha!” moment of self-genius.

There are a few niggles here and there. Movement can prove fiddly, and it’s easy to push objects into irretrievable positions. An instant undo button removes much of the frustration, but on levels which require a lot of shuffling around, we’d often realise a mistake we made several steps back, requiring a lengthy undo or full restart. Longer puzzles also highlight the slow nature of interaction. After figuring out the solution, it’ll often take several impatient minutes of reorganizing to get pieces in the correct structure.

Overall these are minor inconveniences, and do little to inhibit the excellent puzzles on offer in Baba Is You. The Switch has built up a solid catalogue of indie puzzlers to enjoy, but Baba Is You’s inventive and mentally taxing challenges comfortably establish it a space at the top of the pack.