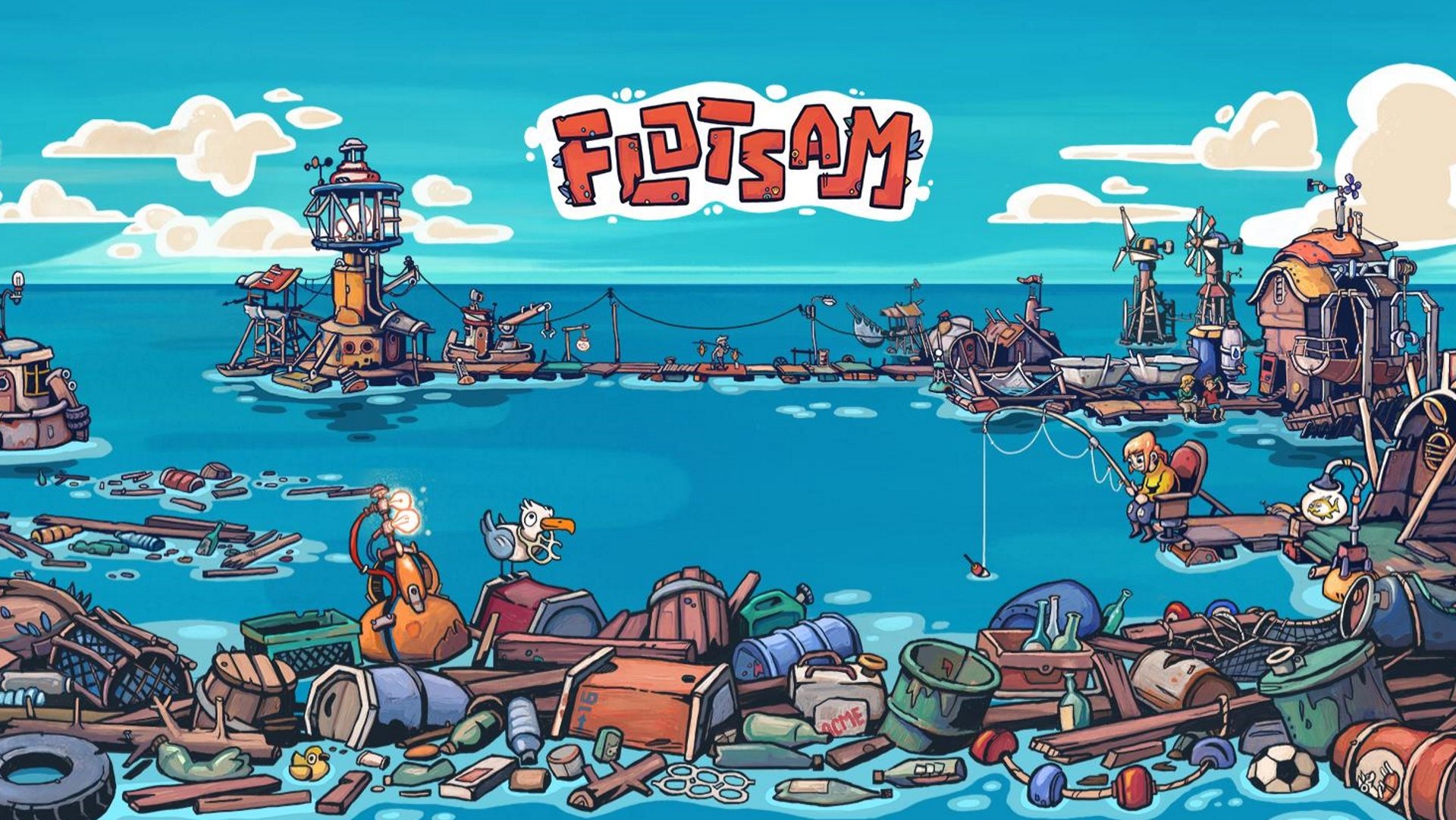 Every week, game developers worldwide share their works in progress with Twitter via #screenshotsaturday. At the start of each week, we take a look back at the cracking submissions from the weekend to bring you three interesting games in development. This week’s batch include floods, fighting and forests that are sure to pique your interest!

Describing your town as a massive pile of trash might not sound like a compliment, but Flotsam’s inhabitants would consider it quite the achievement. Collecting garbage from the waves of a flooded world, Flotsam mix of strategy and survival game tasks you with building, developing and expanding to keep your villagers alive as you drift across the sea. Collecting driftwood and scrap, your village can repurpose them into boats, buildings and eventually advanced technology.

As your village grows and you travel further, you’ll come across abandoned ruins and even occupied islands that you can choose to harvest for resources or pass by entirely. The world is also teeming with sea-life to contend with, but developer Pajama Llama Games doesn’t want you to fear the water, describing the world as a “feel-good apocalypse”. Flotsam plans to release this year on Steam, where you can already add it to your Wishlist if interested.

There's been a bit of a lull in terms of progress posted here, but rest assured, development is going forward. Here's a sampling of the near-finished level select! #screenshotsaturday #gamedev #pixelart #love2d pic.twitter.com/bOFeITTuuC

Gravity Circuit’s retro-themed robotic protagonist draws immediate comparisons with a certain Capcom series, but this is far from a simple Mega-Man copy. While it's certainly inspired by classic platformers from the ‘90s, Gravity Circuit brings a new fluidity to combat and movement that’s entirely its own.

The core mechanic is a grappling hook that tethers you to more than just the environment, letting you zip directly to enemies and projectiles too. Combined with combos, throws and special burst attacks, combat is fast and dynamic, bouncing between enemies as you close the distance for satisfying melee takedowns. Currently pegged for a 2019 release, there’s a demo on the way soon. You can also wishlist Gravity Circuit on Steam right now if you’re keen.

You can find us now on Steam! To celebrate the occasion, we've made a little in-development teaser trailer, music courtesy of @Dominic_Ninmark ! https://t.co/OOqd4rwzJ8 pic.twitter.com/2AgaZeUi0f

We are so happy to share with you our very first video gameplay teaser of Nanotale!
https://t.co/PfZBdxiFv1

Most of us likely saw Typing of the Dead’s keyboard based remake of the classic light gun series as an amusing and surprisingly fun diversion, but not something that’d ever catch on elsewhere. Indie studio Fishin Cactus, however, saw the spark of something more. Nanotale is the second game in the Typing Chronicles series, fantasy action/adventures in which enemies and puzzles must be tackled through deft use of a keyboard.

Though it has lost the papercraft look of its predecessor, Nanotale’s world is still beautiful, and certainly bigger. Set in a dying forest, young Archivist Rosalind sets out to harvest samples from her once peaceful world and figure out what’s causing the decline. Aggressive creatures lurk behind the towering flora, but with a mastery of magic and her words, Rosalind may yet succeed.

Nanotale is due to release on PC and Mac in Q3 2019 and can now be Wishlisted on Steam. Those interested may want to snap up the first game in the Typing Chronicles, Epistory, in which a young girl and her giant fox defend an origami world from an invasion of corrupt insects.

Playing with fire in Nanotale! We are testing the FX for the fire spell in our game prototype. I think we start to have something cool! What do you think? #particles #FX #videogame #prototype #indiedev #indiegame #unity3d pic.twitter.com/8dwqFwkDWe