Could we get a Borderlands 3 announcement at PAX East 2019? 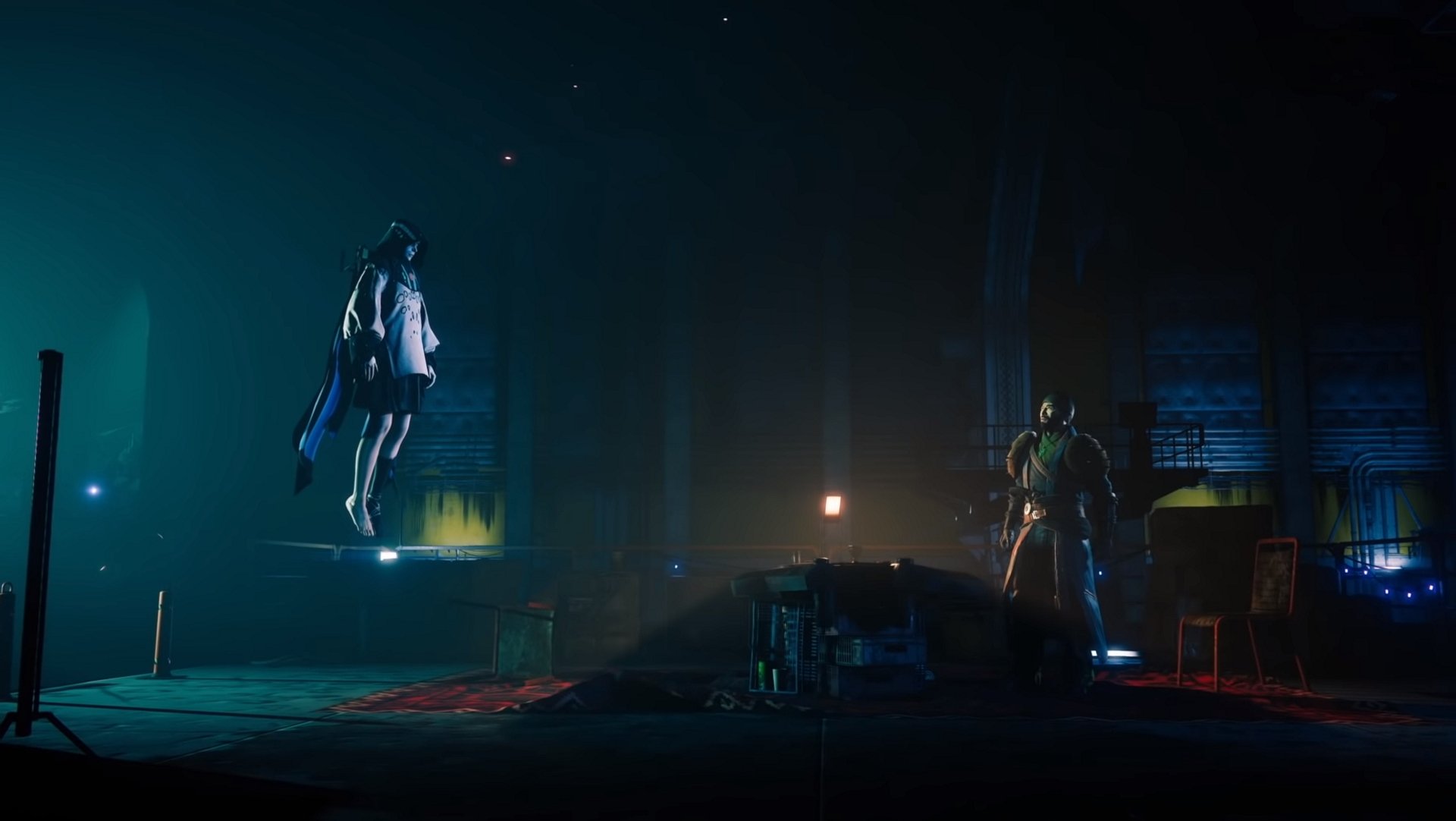 How long to beat Devil May Cry 5

An overview of how long it'll take you to beat the full story campaign in Devil May Cry 5.

Season of the Drifter introduces five new Exotics to Destiny 2, though in the case of the Thorn Hand Cannon it should really be called an old Exotic, returning as it is from the original game. Thorn was one of the most nefarious weapons in the original Destiny, which has many players worried and excited to see it back in Destiny 2. As of March 12, Thorn has officially been added to the game. In this guide we'll take you through how to get the Thorn Hand Cannon in Destiny 2.

How to get the Thorn quest in Destiny 2

To start things off on your path to get this mighty Hand Cannon, you'll first need to obtain the Thorn hand cannon quest. The path do do this isn't immediately obvious so we'll run you through it now. The first think you'll need to do is head to the Salt Mines in the EDZ. The entrance to this via the church in the Trostland district, close to Devrim Kay. Head through the church and out the back door, then travel straight ahead to the gap in the wall.

Once you're in the Salt Mines, travel onwards until you reach the Transmat elevator. Tkae this and you'll find yourself on the edge of a green cliff. Follow the path up until you reached the blocked entrance, then stick to the left and you'll see a small hole you can jump up to. In the next area you'll find a fire pit with some burnt logs of wood in. Interact with this to find the broken remains of the Thorn Hand Cannon and start the quest step called A Melted Hunk of Metal.

We've yet to obtain the full details of the quest to obtain Thorn, but thankfully the general steps already leaked in advance of the gun's addition. We've listed each quest step and everything we know so far below to get you going.

A Melted Hunk of Metal

“Despite the burn damage, you recognize this weapon as a Thorn, a legendary weapon capable of severing Guardians from the Light. The Shadows of Yor, followers of an infamous Guardian-killer, are well-known for carrying Thorns. This one is broken, but you think it may be possible to fix it. A reputable (and discreet) gunsmith would know where to start. Bring the ruined Thorn to Banshee-44 in the Tower.”

Your objective at this point is to take the Thorn chassis down to the Tower’s Gunsmith, Banshee-44. This will activate the section stage of the quest, titled The Essence. Here’s the description:

“Banshee has recommended a number of rare components that you should be able to use to restore your ruined Thorn to working order. First on the list is Hadronic Essence, a dense lattice of exotic baryons and mesons, once commonly favored as an infusion in Warlock fieldweave. Gather Hadronic Essence by completing bounties for Asher Mir on Io, by defeating Warlocks in the Crucible, or by completing Nightfall strikes. Nightfall strikes grant the most efficient progress.”

You’ll now need to harvest Hadronic Essence, with the game suggesting it can be obtained either by completing bounties for Asher Mir on Io, taking down Warlocks in the Crucible, or by completing Nightfalls. The last of these will yield the biggest results, so get stuck in if you have a fireteam available.

Once that’s turned in, the next stage of your mission, The Steel, will commence, asking you to obtain Plasteel Plating by completing bounties for Sloane on Titan, taking down Titans in the Crucible, or completing the Blind Well. Again, the last of these will yield the best results when completing the Heroic version.

“Next on the list of required components is Plasteel Plating, a durable hybrid plastic favored by Titans for its balance of strength and workability. Plasteel is not commonly available for artisan use these days: the Red War wiped out the DIY supply chain within the City. Gather Plasteel Plating by completing bounties for Sloane on Titan, by defeating Titans in the Crucible, or by completing encounters at the Blind Well. Heroic Blind Well encounters grant the most efficient progress.”

Another ingredient hunt, The Binding asks you to collect Sapphire wire by completing Ana Bray’s bounties on Mars, Taking down Hunters in the Crucible, or completing Escalation Protocol waves, with the latter offering the biggest reward.

“Last on the list of Guardian-grade components is Sapphire Wire, another hard-to-come-by item formerly favored by Hunters because of its versatility. Sapphire Wire, like Plasteel Plating, was another casualty of the Red War… but you feel confident that you can scrounge some up. Gather Sapphire Wire by completing bounties for Ana Bray on Mars, by defeating Hunters in the Crucible, or by completing an Escalation Protocol wave. Escalation Protocol waves grant the most efficient progress.”

With all the components collected, you’ll have reforged Thorn. Unfortunately, that’s not the end of the journey. You’ll now need to head into the Crucible and kill opponents using Void Energy and Hand Cannons to charge the weapon up. Using Void Hand Cannons to land Precision Streaks is the best way to progress, especially in Iron Banner or competitive matches. If you’re not sure what Hand Cannon is a good idea to use, the Ikelos HC V1.0.1 will serve you well.

“The Weaponize the Unknown quest step for Thorn is eerily similar to the original quest. Players will need to go into Crucible and use Void energy or Hand Cannons to kill other players. However, it seems as if progress is not lost on deaths. Furthermore, using a Void Hand Cannon in Iron Banner or Competitive Crucible will make this go a lot faster.”

“Your Thorn hums with the hungry indifference of the Void, but it lacks something essential. You know the original Thorn was intimately connected to the Hive, though you don't know exactly how. Wandering around the Tower to ask your mentors about the provenance of a banned weapon strikes you as a bad idea, but— There are quieter places to ask questions. Places off the beaten path, where knowledgeable Cryptarchs have settled down to do their work in peace and quiet… Pay a visit to Tyra Karn at the Farm. The Farm is accessible via the EDZ Director.”

You’re close to the end of the quest now, with this step simply asking you to travel over to Tyra Karn at The Farm in the EDZ. She’ll kick off the final stage of the quest, The Chasm of Screams.

The Chasm of Screams

“While you were speaking to Tyra, she mentioned something called the Hated Path, a sort of primer to transform an ordinary Hand Cannon into a Thorn. Bathe your Light in horrors. Feed your weapon with death. Bind it with sickness. Horrors, death, sickness… that all sounds like the Hive nests on Titan to you. Defeat the Arbiters, Sardav and Telesh, then defeat Savathûn's Song in an epic reprise of strike "Savathûn's Song" on Titan.”

The final stage of the quest to get the Thorn Hand Cannon is a variant of the Savathun’s Song Strike. It sounds like you’ll be taking on some seriously tough Hive enemies during this, quite possibly during the final boss fight. It’s not likely to be an easy task, but with a strong fireteam you’ll have the Thorn in your hands before long.

That’s everything we know so far about how to get the Thorn Hand Cannon in Destiny 2 so far, but we’ll update this guide once we've got more details. If you’re after more Season of the Drifter info, check out our list of all the new exotics to arrive this season.