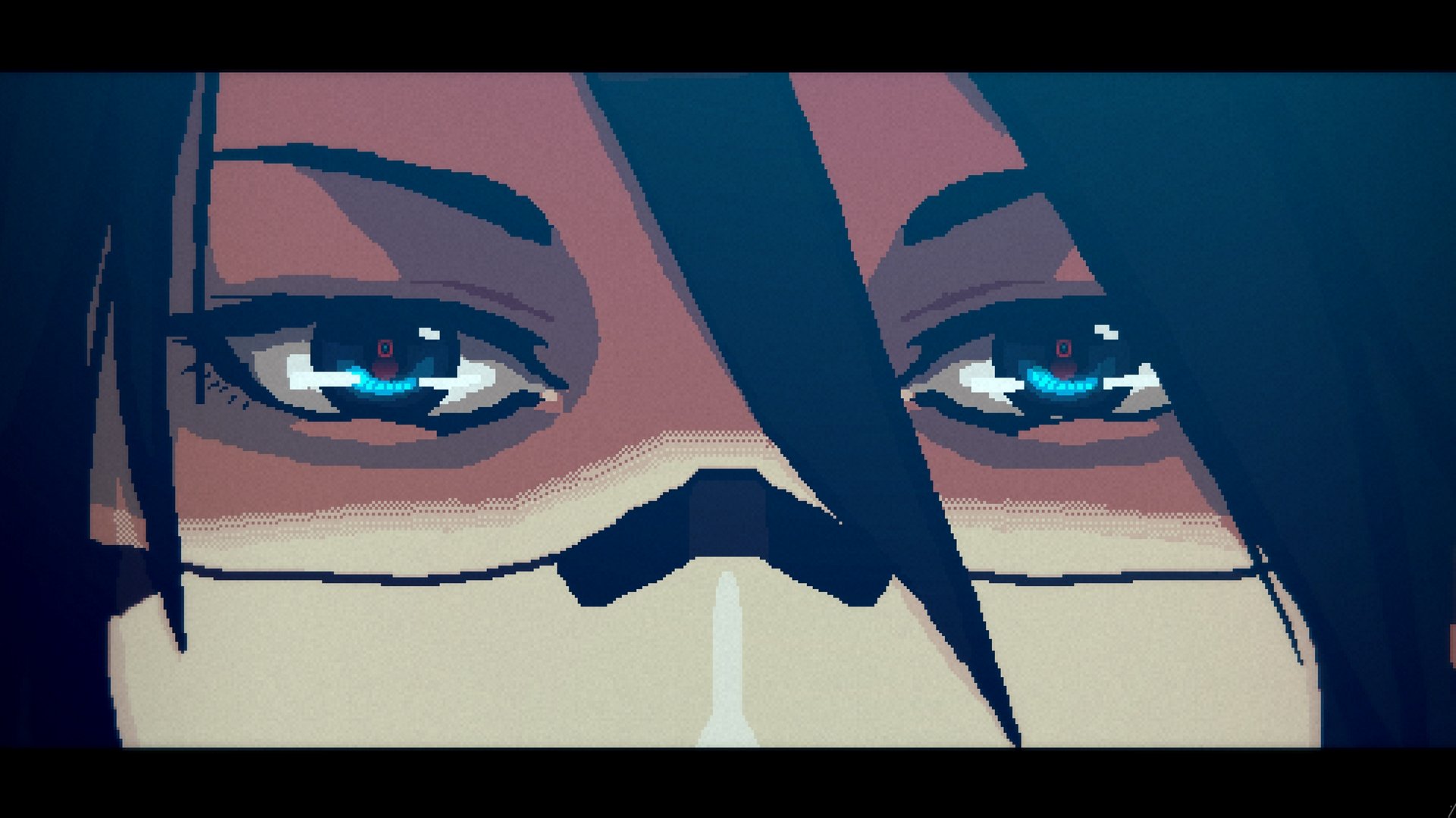 Every week, game developers worldwide share their works in progress with Twitter via #screenshotsaturday. At the start of each week, we take a look back at the cracking submissions from the weekend to bring you three interesting games in development. Things are getting a touch darker in this week’s showcase, but stick with us as these games are easily deserving of their time in the limelight.

Hauntingly empty spaceship corridors are a staple of sci-fi horror, yet Signalis still manages to stand out thanks to a brilliantly unique art style. The story sees a lone Replika technician named Elster stranded on an abandoned planet. Searching for missing crew members, she’ll need to explore the ruins of a former camp and solve the puzzles within, all while dealing with flashbacks and reality-bending visions of a life she never lived. The bad news is that she’s far from alone on the planet.

Aiming for a classic survival horror feel, developer rose-engine cites titles such as the original Resident Evil and Silent Hill as the biggest inspiration behind Signalis. Combat won’t be the focus of the game, instead acting as a last resort against tough and terrifying enemies. For more information and to sign up for news of Signalis’ upcoming Kickstarter, visit the official website.

An unfortunate encounter for Lloyd. How would you name this character? #screenshotsaturday #gamedev #indiedev #DARQ #unity3d #madewithunity pic.twitter.com/8OCPZoIfed

Lucid dreams are said to be a pretty entertaining experience, but if there’s a chance we end up in DARQ’s twisted land, then we’ll gladly pass on the entire opportunity. Lloyd is a young boy trapped in an unending and horrifying dream. Hounded by twisted creatures, his every attempt to awake or escape ends in failure. The only chance he has is the ability to manipulate the laws of physics and the dreamworld around him.

DARQ’s aesthetic is willfully unsettling, distorting real environments in small but disturbing ways.An elevator is powered by high-heeled legs, objects judder and twitch uncomfortably as you pass by. It’s unpleasant, yet gripping. The power to flipy gravity and adjust the world around you opens the door for some excellent puzzling, and brilliantly atmospheric sequences, so we can’t wait to see more when DARQ releases this year. Developer Unfold Games plans to launch in the first half of 2019, and while there’s no confirmed release date yet, you can wishlist DARQ on Steam if you’re interested.

"We all wear masks and the time comes when we cannot remove them without removing our own skin." - André Berthiaume #UE4 #conceptart #screenshotsaturday #indiedev #indiegame #character #Endling #CareCorp pic.twitter.com/nof3ggrez9

Endling is a game with an important message behind it. You play as the very last family of foxes in a dystopian future, desperately trying to keep your cubs alive in a world ravaged by humanity’s overexploitation of natural resources.  A 3D, side-scrolling survival game, your task is to raise as many of the small balls of fur as you can into fully grown animals. Your cubs are utterly adorable, but it won’t be an easy road to adulthood. As well as scavenging for food, you’ll also need to interact with the other surviving animals, cooperating where possible but fending them off when necessary too.

Developer Herobeat Studios is unflinching in their motivation for the game, with one of the main features/goals of Endling to “raise awareness of animal and environmental exploitation.” The biggest danger you’ll face in the game is the callous destruction inflicted by the human race, a view Herobeat clearly shares regarding the real world.

Hide your humanity until there is not much left of it to hide, or face up to the way our lives contradict our values. Treat environmental issues as the crisis they are and we won't only avert disaster but will improve society in the process. Remove your mask.

With stunning art and an important message, we’re certainly interested to see how Endling develops over the next year. Set for an early 2020 release, you can mark your interest by wishlisting the game on Steam. Herobeat has set up a Patreon to help with funding for the game, but equally encourage their fans to support environmental and animal protection schemes worldwide. After all, extinction is forever.

Want to see more indie games that are currently in the works? Here’s the full list of our previous Screenshot Saturday Showcases!