PS Plus games for March

Check out the free PlayStation Plus games coming this March. 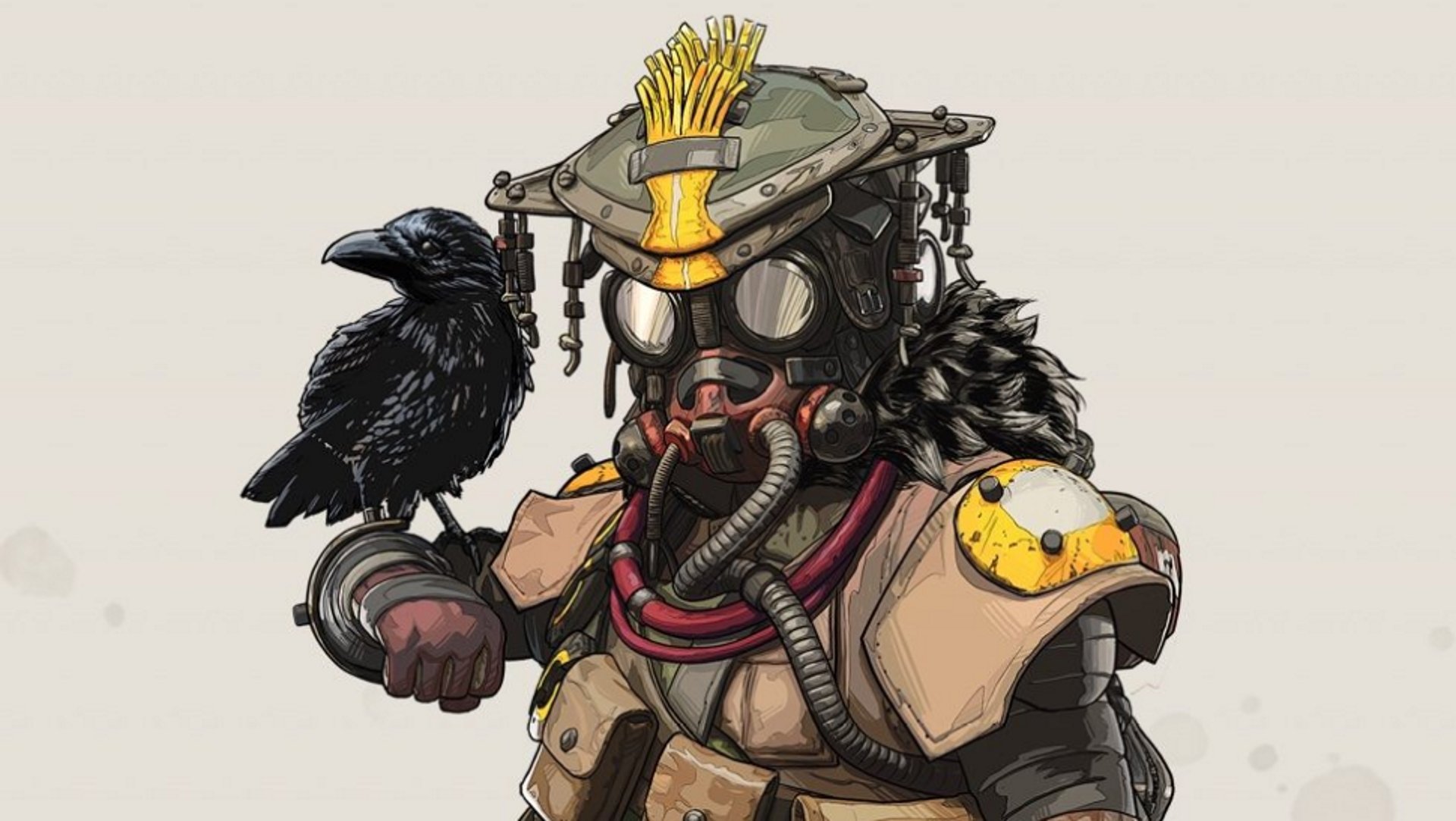 Find out what's changed in Fortnite Season 8 with our overview of the battle pass, additions, vaulted goods and more!

Apex Legends lives up to its name, letting players control one of nine powerful characters as they battle in Kings Canyon. Each comes with a Passive Ability, Tactical Ability and Ultimate Ability that serve to shape their playstyle. In this guide we’ll be scanning through the tricks needed to succeed with Bloodhound, the technological tracker.

Bloodhound’s incredible skill for tracking has made them the Outlands most renowned game hunter. Beyond that, everything about them is shrouded in mystery. Fittingly, Bloodhound is one of the most unique characters in Apex Legends, and the only Recon Legend available right now. Master Bloodhound’s abilities and you’ll be a boon to your team, and an unrelenting thorn in your enemies’ sides. Before we jump into the tips and tricks, here are Bloodhound’s abilities.

Bloodhound can see tracks recently left by enemies. Footprint markers will appear in your vision along the path enemies have taken in the last minute.

Bloodhound scans the area in front of them, revealing any enemies, traps and tracks, even through walls.

Along with Wraith, Bloodhound is probably the toughest Legends to use well, but put once you understand the finer details of how their abilities work you’ll be vital in any squad. One of the most important things to realise is that unlike Wraith, Bangalore, Pathfinder, Mirage and Bangalore, Bloodhound has no movement or defensive ability to help them escape a tricky spot. That means you’ll need to play close to your team to make sure you’ve got support for any fights you take.

Bloodhound’s abilities all require them to get up close and personal with their prey, so you’re going to want to make use of Shotguns, SMGs or ARs. Our personal favorite combo is the Peacekeeper and R-301 (or R99). In general, leave sniping to the rest of your squad.

Bloodhound’s Tracker passive is a great way to know if enemies are nearby, but you can also see just how recently the tracks were left by aiming directly at them. This tells you how many seconds ago the footprints were made, letting you work out which direction they’ve run and if you need to be ready for a fight.

Unless a player is properly making a run for it, Don’t worry too much about carefully following the Tracker markers, instead using them as an advance warning for when you’re about to run into another squad. Alert your team whenever you spot them so that you have three sets of eyes on the lookout.

Eye of the Allfather only scans the area in front of Bloodhound. It’s easy to assume this ability marks a circle around you, but it actually extends in a cone in the direction you face. That means if any enemies are behind you, Eye of the Allfather won’t detect them. The range is also very short, which means you shouldn’t assume the coast is clear even if you don’t spot any hostiles in the scan.

Eye of the Allfather’s scan is visible to enemies, alerting anyone in the area that you’re nearby. Unless you’re worried about someone hiding, it’s best to save this ability for when you know enemies are about and want to get a bead on their location. It’s is best used for catching out enemies who are hiding to heal, or waiting round a corner in ambush. Just remember that it doesn’t track movement, so they may have shifted by the time you reach them.

Beast of the Hunt is one of the best Ultimates in Apex Legends, but it takes some getting used to. It’ll take a second or so to activate, so try to use it before a fight rather than during. The visual effect applied can be quite disorienting, so make sure to practice with it when you can. The last thing you want is to run into a fight only to be left lost as everything turns a hazy black and white. Don’t worry about wasting it a few times just to learn how it works.

Beast of the Hunt will also let you see through smokes. While this is great for catching out an enemy Bangalore, it works even better with your own (or a Caustic, if anyone even plays him). Activate Beast of the Hunt and ask your squadmate to smother the enemy in smokes. You’ll be able to easily pick them out without putting yourself in danger.

There aren’t many fancy tricks to pull off with Bloodhound’s abilities, so most of the skill will come with experience and time. Make sure you can use Eye of the Allfather effectively, quickly read tracking signs to understand their meaning, and are capable moving and spotting while in Beast of the Hunt. That said, there are some quirks to each ability worth mentioning.

Tracking markers can inform a lot of detail, including whether an enemy healed, used an ability like Lifeline's drone, or even jumped off a ledge. Relay this information to your team. The distance you'll be able to see the markers depends on the magnification level of your sights, so equipping long-range scopes can let you scout from afar.

Eye of the Allfather is a brilliant intimidation tool. Because enemies can see the scanl, it’ll often put them off healing or reviving because they’ll assume Bloodhound is on the hunt. This can make it a nice ability to throw out before you need to heal yourself in close range. It’ll put your target on the defensive, making them less likely to come for you.

You can also use Eye of the Allfather to line up prefire angles. If you’re in a close standoff with an opponent separated by a door or wall, scan them then line up your shot and start firing before you come round the corner. This gives you the advantage, but be aware that smart players will adjust their position slightly when scanned.

Beast of the Hunt turns Bloodhound into one of the scariest fighters in the game thanks to the increased movement speed. Activate it directly before diving in on an enemy squad you’ve been tracking. Once you’re in the fight: Don’t. Stop Moving. Run circles around your enemies while you pepper them with shotgun or SMG rounds, making yourself as tough to hit as possible.

Enemy on the run? Beast of the Hunt will ensure they can’t escape, simply follow their glowing footprints and don’t give them a chance to heal. If you can split squads up mid-fight, Bloodhound is perfect for isolating those who fell back to heal up.

Looking for more Apex Legends character guides? We can help you learn how to master Octane, Lifeline, Gibraltar, Bangalore, Wraith and Pathfinder. We can even show you all of their ability and ultimate recharge times in one place!