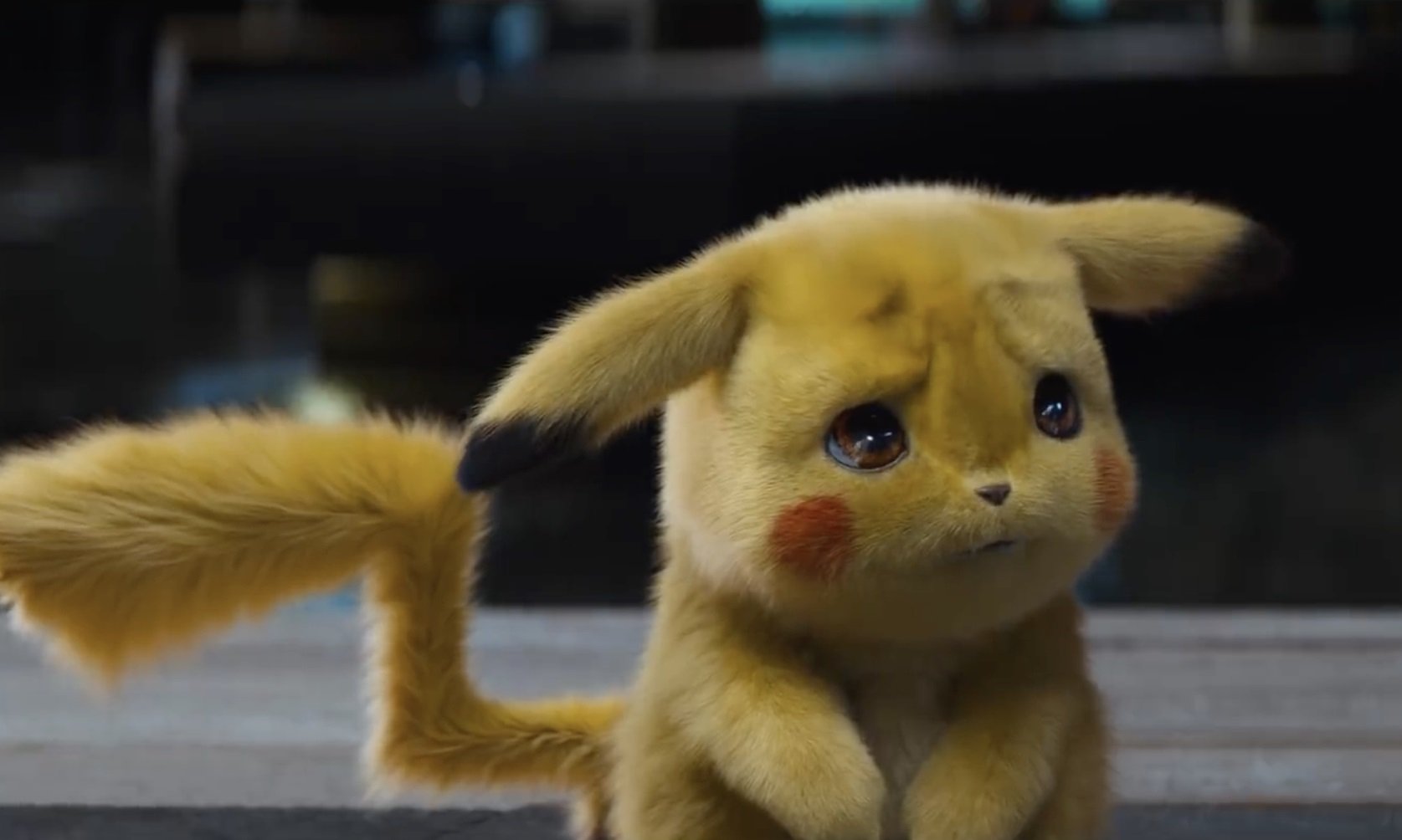 The latest Detective Pikachu trailer further emphasizes the idea that the film is for teens and adults, rather than just children. While the film has yet to receive an official rating, the sly use of “hell” from Pikachu and the grim combat teased in the second trailer could earn it a PG-13 rating. This is in stark contrast to previous Pokémon movies which all have G or PG ratings, and TV content primarily rated as TV-Y7.

Getting a PG-13 rating would be huge in terms of pushing the series forward and acknowledging that Pokémon has a dedicated, older fan base. Growing up in the 90s, I was able to follow Pokémon's growth from the first generation of games onward. I had every game for every platform. I even collected the trading cards and tucked them neatly away in a silver binder with Lugia on it (which I still own by the way).

While I’ve grown up, Pokémon has largely remained the same. I appreciate the consistency and wholesomeness of the franchise, but have also found myself drawn to the direction Detective Pikachu seems to be taking. First, you have Ryan Reynolds as the voice of Detective Pikachu. A casting choice that will mean little to children and a lot to teens and adults who’ve come to know Reynolds as everyone’s favorite with a mouth, Deadpool.

In a short promo for Detective Pikachu, you have Ryan Reynolds joking about the process of “becoming Pikachu.” Reynolds even slips in a “damn” alongside jokes that point out the fact that he didn’t even bother to change his voice. It’s both hilarious and clever.

Experiencing Detective Pikachu in movie format will likely feel different than playing it on Nintendo 3DS. Even the movie’s use of realistic CGI seems like a more “adult” approach when you see how unsettling certain Pokémon like Mr. Mime and Lickitung look in the final product.

It’s worth noting that many “kids” films offer inside jokes for adults to enjoy, a good example being Disney's Zootopia which featured a Breaking Bad reference of all things, while also tackling mature subjects in an approachable manner. Pokémon films have also had darker scenes, like Ash's "death" in the first animated film. However, Detective Pikachu feels immediately different in its marketing.

Rather than use modern music, the second trailer has “Holding Out for a Hero” by Bonnie Tyler, a track originally recorded for the 1984 film, Footloose. This feels like an attempt to make a more direct connection with and 90s babies. Of course, the first trailer goes back even farther, using the 1967 track “Happy Together” by The Turtles.

Music aside, you also have the 80s buddy cop vibe of the film itself and the gritty, neon scenery of Ryme City as seen in both the trailers and promotional poster. If Detective Pikachu were designed exclusively for a younger crowd, why not follow the 2D animation of previous Pokémon films? Or the animation style of the game itself?

I could be totally wrong, but all signs in Detective Pikachu seem to point towards something truly exciting... Pokémon embracing a wider (and older) audience.

What Does This Mean for Pokémon?

Detective Pikachu isn’t the only film in the works, as a CGI remake of 1999’s Pokémon: The First Movie is currently in production titled “Mewtwo Strikes Back Evolution” and slated for a release in Japan this July. While there’s no official word as to whether or not it’ll get a wider release, it certainly feels like Pokémon is revisiting its roots as a franchise.

After all, we also had the remake of 1998’s Pokémon Yellow on Nintendo Switch with Pokémon: Let’s Go, Pikachu and Eevee release last November.

Even though the game revisited Kanto, it experimented with new features by removing random and incorporating catch mechanics from the mobile game Pokémon GO. Additionally, during a Pokémon Direct, "new Pokémon projects" were teased for 2019. While Pokémon Sword and Shield appear to follow the same Pokémon formula, we still don't know what the main story will consist of.

Could it contain darker elements? It's possible, though as of the time of this writing it seems somewhat unlikely. Regardless of the approach taken by Pokémon Sword and Shield, we'll certainly be keeping an eye out for the other Pokémon projects teased during the Nintendo Direct. Who knows? We could even get remakes like Pokémon: Let's Go but for games like Pokémon Gold and Silver, Pokémon Stadium, etc.

In order to expand as a series, experimentation is key, and we’ve seen that focus on experimentation increase with each subsequent Pokémon release. I feel like Detective Pikachu is experimenting with where Pokémon films can go in the future. Can Pokémon films draw a wider audience, including casual fans and those unfamiliar with the series?

I think the answer is yes, as Detective Pikachu has already generated a lot of interest outside the main Pokémon fan base. We’ll have to wait and see how the film turns out, and how it performs when it hits box offices on May 10. Until then, what do you think of Detective Pikachu? Is it targeting an older audience, or will it stick close to the family-friendly structure found in previous Pokémon films? Be sure to share your thoughts down in the comments below!