Jump Force is one of the strangest fighting games around. One that's hard to love, but impossible to hate. 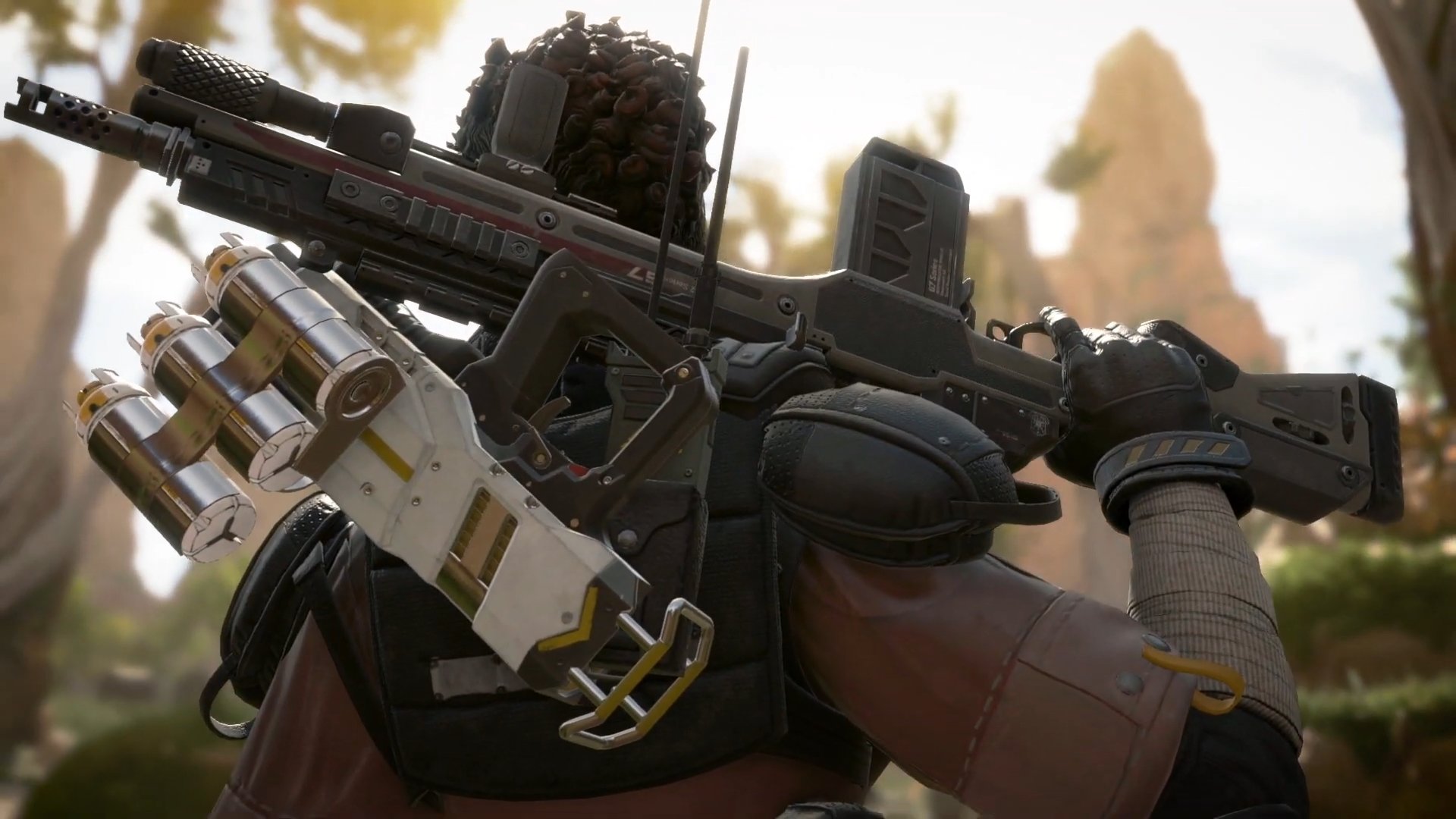 What's up with Apex Legends' hitboxes?

The latest Nintendo Direct will focus exclusively on Pokémon.

There are certainly a few bugs in Apex Legends, but one feature that’s drawn a lot of attention recently is the character hitboxes, or more specifically, Pathfinder’s. If you’re not sure what a hitbox is or what’s going on with them, this guide should act as a quick explainer.

What is a hitbox?

Hitbox is a common term in gaming, but can mean different things between genres. In first person shooters it defines what parts of a character’s body can be shot to injure them. A hitbox is an invisible field that covers you and each other player. It’s separate to what your character actually looks like (their model), which means when the two don’t sync up it can cause strange issues where shooting what looks like a player’s body doesn’t actually hurt them.

When done well, a hurtbox should be almost indistinguishable from the visual model of the character (excluding parts that extend further like capes, baggy clothing or long hair). This is often hard to realize in practice, forming a common complaint in shooters like CS:GO and Call of Duty. It also means skins in games like Fortnite and CoD typically don't differ much in size to avoid some offering an advantage..

Apex Legends doesn’t worry about this, offering characters with a range of heights and widths, each with their own hitbox. This means larger characters like Gibraltar and Caustic are much easier to hit than the diminutive Wraith and Lifeline. By and large Respawn Entertainment has done a spectacular job with all of Apex Legends’ hitboxes, meaning they all match up well to the character models. Well, nearly all of them.

The one problem with Apex Legends’ hitboxes right now was spotted and highlighted by YouTuber SookieSpy who noticed that Pathfinder’s hitboxes didn’t quite seem the match up with his model when playing around in training mode. In the video he demonstrates how well Bloodhound’s modelfits his hitbox, before shooting the air surrounding several parts of Pathfinder and still hitting him.

One reason for this could be the huge difference between the default Pathfinder and his Legendary and Twitch Prime skins. Swapping between the two changes his legs from skinny metal beans straight to hefty chonker territory. Check it out in the image below.

While other characters can get away with new and larger clothing that won’t take damage when shot, Pathfinder doesn’t exactly wear clothes, meaning every part of him is, well, him, and feels like it should be shootable.

The good news is that Respawn is aware of the issue and have been “actively discussing” it, though they’ve yet to announce any fixes on this front.

SookieSpy didn’t stop there however, and has since done a rudimentary test of each character’s hitboxes, shooting their outlines with a friend in online matches. The results show just how much smaller Wraith is compared to the others, largely thanks to her hunched over posture. This is obviously an advantage to Wraith, but that's just one of the quirks of her character.

Should Pathfinder's hitboxes be fixed? Do you think it's fair Wraith is harder to hit than any of the other characters? Let us know in the comments below! While you’re here, make sure to check out the other Apex Legends guides we have here on AllGamers!