A Haitian orphan fighting for a better world. 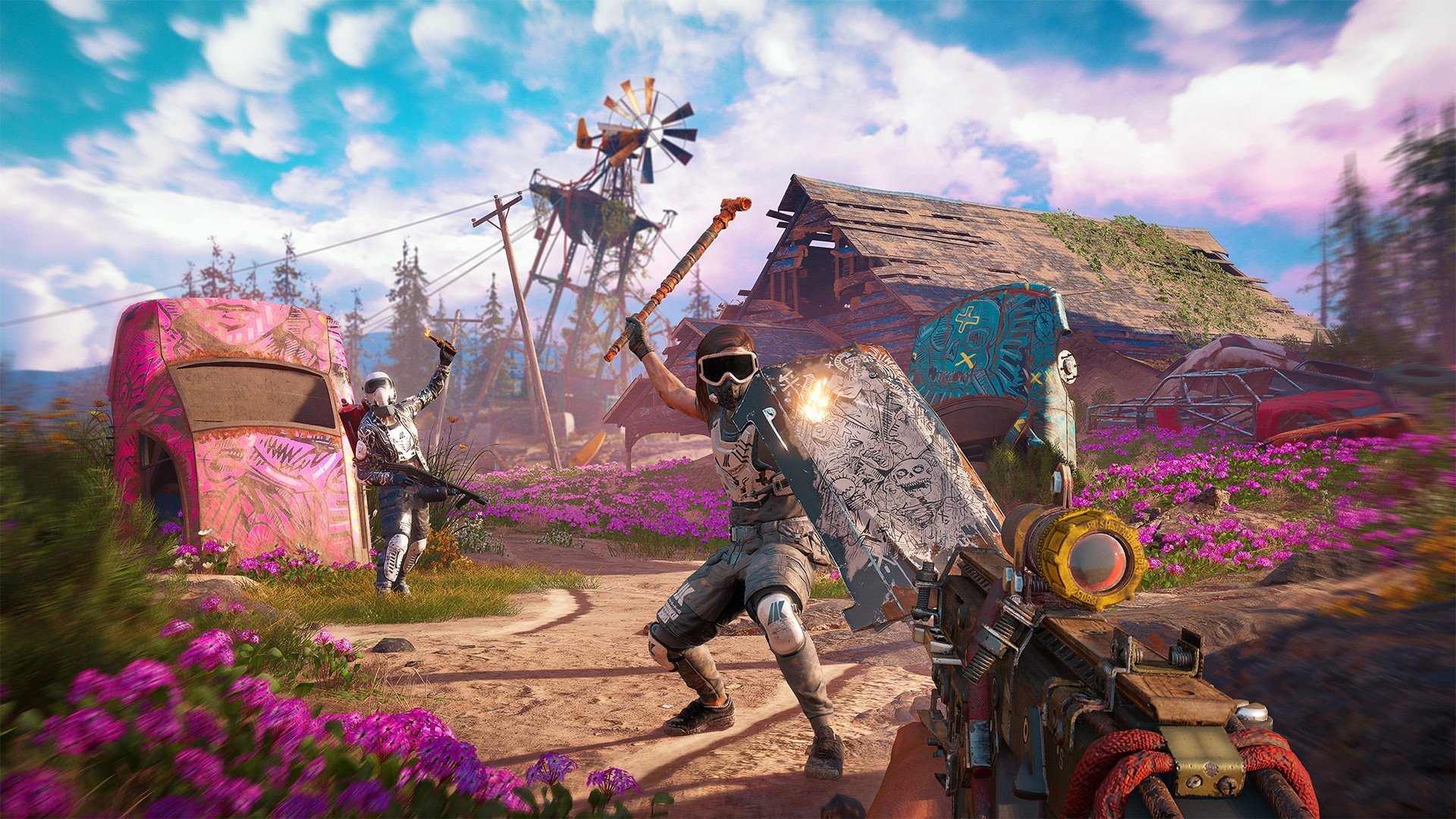 There might not be as much to do in Far Cry New Dawn as you’d find in the main series, but there are still plenty of activities to spend time knocking off your list including Treasure Hunts. These reward with a good amount of loot and ask you to complete a puzzle or task that’s often pretty entertaining, meaning they’re well worth a look. In this guide we’ll teach you all the Treasure Hunt locations and solutions in Far Cry New Dawn.

For Whom The Bear Tolls

You won’t need to venture far from Prosperity for the first Treasure Hunt, which can be found near the FANG Center. At the location, read Wade’s Journal and make your way up to the roof of the Church. Shoot the bell here and it’ll call a bear to your location (clearly a faithful, if hairy disciple). Kill the bear and you’ll find Fowler’s Crypt Key on its body. Look southwest of the church and you’ll spot a hole in the ground leading to the crypt. Use the key to unlock the entrance and head inside to complete it.

This next Treasure Hunt can be found at Parker’s Vault, near to The Chop Shop outpost. Read the Highwaymen note here then climb onto the roof of the locked building. It’s the biggest building here so should be easy to single out. On the rood, look for a lock you can shoot to open a hole inside. Drop down and loot the building, then when you’re done head to the room in the back. Hitting the switch here will turn off the power outside, opening up the bunker.

This amusingly named Treasure Hunt is at Skylar’s Riddle, close to the Broken Forge outpost. You’ll find a Warning Note here that kicks off the quest, so read it then crouch down and crawl inside the building, breaking the boards along the way. Start up the generator in here and watch the order of the fish. We’re not sure if this is randomized, but the order they activated in ours was 2-4-6-1-3-5. Make sure you check this in your own game in case it differs from ours. Make your way back outside and enter the shed before climbing down to the bunker here. You now need to activate the fish on the wall here in the same order as you just watched.

It’s quite a bit of work to reach this Treasure Hunt, but well worth it if you enjoy reading the story in the notes along the way. To get to it, you need to start from the Signal Point outpost and make your way to Misery Falls. There’s a Rescuer Note here that will start the Hunt. Look for grapple points above (you’ll need the Grapple perk here, obviously) and get to climbing in the cave. You’ll need to climb and swim repeatedly as you progress through the cave but eventually you’ll reach a bunker filled with tasty loot.

This Treasure Hunt is also close to the Signal Point outpost, this time at Nadine’s Junkyard. Read the Highwaymen note then look around the search zone for a hole in the ground. Jump down and pull the lever to cause some target to pop up either side of the door. Shoot them as they appear to lower the buckets and open the gate to the bunker.

This Treasure Hunt takes place at Atelier Zilon, so make your way there and read the Highwaymen note just outside the building. You’ll need to Grapple perk here, so if you have it then make your way to the tower and grapple up. Take the zipline down to the barn and make your way through the inside. Once you’ve dropped down to the lower level, turn the valve underneath the spot you were crawling through to raise up a car. Climb back up to the area you dropped down from and jump across to the car, then again to the other side of the barn. There’s another valve here that’ll open up the bunker.

To reach this Treasure Hunt, visit the river next to The Pantry outpost. You’ll need the Grapply perk again here. There’s a bridge along the river with a bunch of crashed train carriages. Read the Survivor note then find the carriage that’s handing close to the ground. Climb into the car below, then use your grapple to to climb up the cars until you reach the treasure.

This Treasure Hunt should be your next stop after completing The Best Laid Plans as it’s very close by. Make your way to Eden’s Pyre and read the New Eden note. Look around for the dead bodies mentioned. The majority of them are close to the pit on the ground, so if you stay within the search zone you should find them. One body is up on the building directly above the pit. Throw all the bodies into the pit, then chuck a molotov inside (there should be one in the nearby buildings if you don’t have any). The cave entrance nearby will open up and let you in for the loot.

Go With The Flow

You’ll find this Hunt close to The Watering Hole outpost. Enter the cave here and you’ll find a Journal Page which start the quest. A quest marker reading “Get” will pop up, so travel that way and grab the River Stash Key. Pay attention to the Journal Pages you’ll find along the way here as they’re fairly amusing. Follow the path down the river as instructed until you reach the waterfalls. Jump down with a parachute and enter the cave nearby. You can now open up the door and claim your reward.

And finally, this last Treasure Hunt will take you to a spot called Toothchapel found between the Trailer Town and Sacred Lumber outposts. Read the Highwaymen note to learn that a pesky wolverine has eaten the key to the bunker! Well we’re not going to let that stand so enter the building and make your way through, beating up the wolverines and busting through boards until you reach a waypoint that says “Burn”. Use molotovs here to kill the next two wolverines and you’ll be able to collect the Highwaymen Shed Key. Return outside and open up the shed to access the bunker.

Now that you know all the Treasure Hunt locations and solutions in Far Cry New Dawn, have a look at the other guides we have on offer for the game. We can teach you the best ways to earn Circuit Boards, or just let you know how long it will take to beat the game.