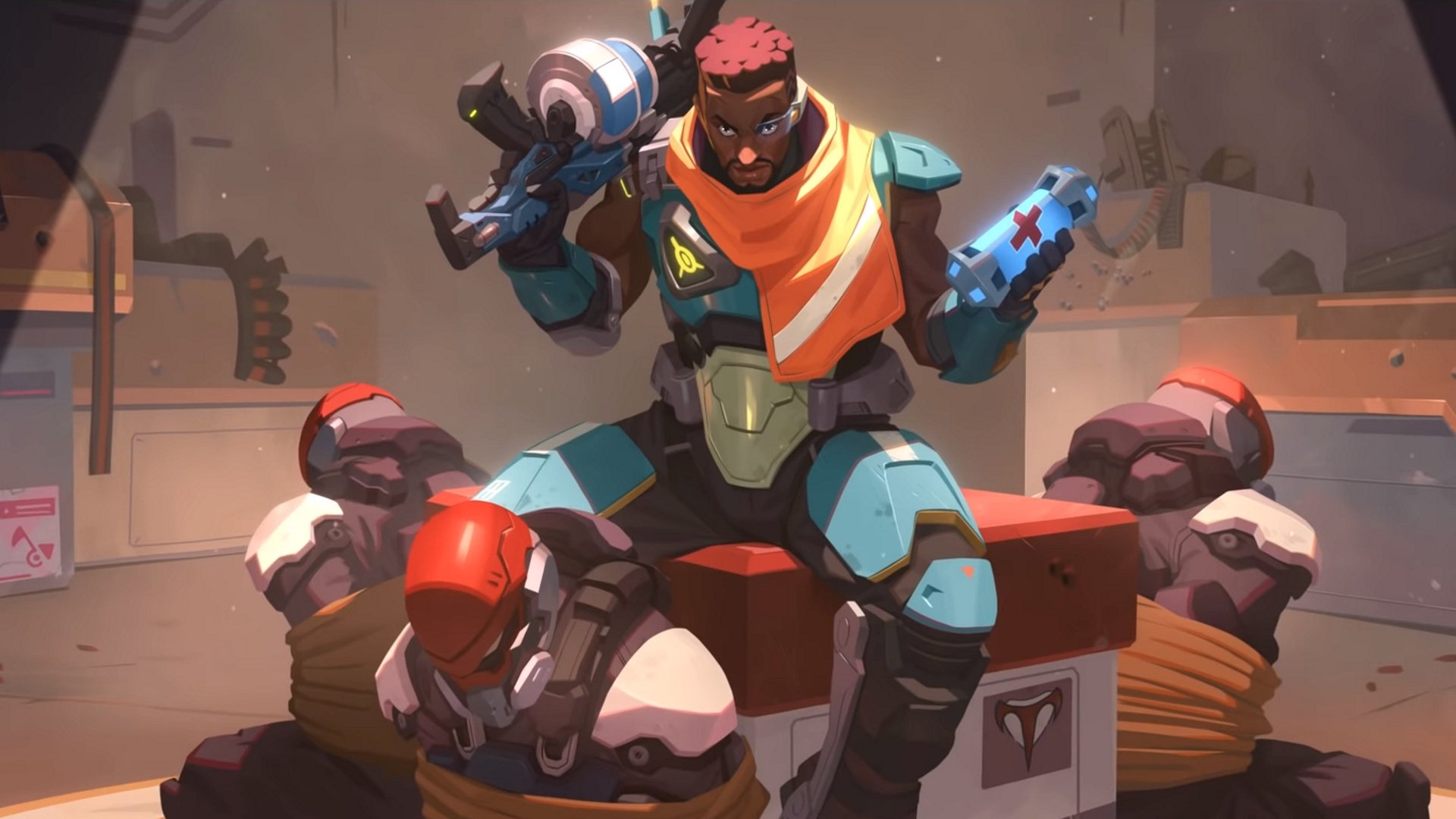 Overwatch’s new hero has now been confirmed to be a support class medic named Baptiste. A former Talon member, he’s now on the run and fighting for a better world.

Detailed in a new origin video, Jean-Baptiste Augustin was an orphan of the Omnic wars. Growing up alone in Haiti he had to “steal or starve, kill or be killed”, talents that led to him being recruited by Talon, Overwatch’s baddie faction. “If you hungered to rise above your circumstances, then when someone offered you a hand up - even the Devil - you took it.”

After taking part in raids which appear to have left behind orphans too, he realized the error of his ways and deserted his employers. Now he fights to improve the world around him, stating that “for some, that means a bandage. For others, a bullet.” Talon aren’t too happy about staff leaving their payroll however, and the initial tease of the hero details a task force sent to recapture Baptiste (without much success, we should add).

The origin video doesn’t include any concrete details on Baptiste’s abilities, but based on the thumbnail image it looks like he’ll have access to some form of drum magazine weapon (assuming that’s not a grenade launcher) along with gadgets such as what looks an awful lot like a healing grenade.

Blizzard has announced that Baptiste will be arriving in the game “soon”, which usually means he’ll appear on the PTR servers within the next few weeks before making the jump to the main game. Baptiste will be Overwatch’s 30th hero, following on from Brigitte, Wrecking Ball and Ashe, who arrived late last year.

Are you looking forward to Baptiste’s addition to the game? What class of hero would you like to see added next? Let us know in the comments below!