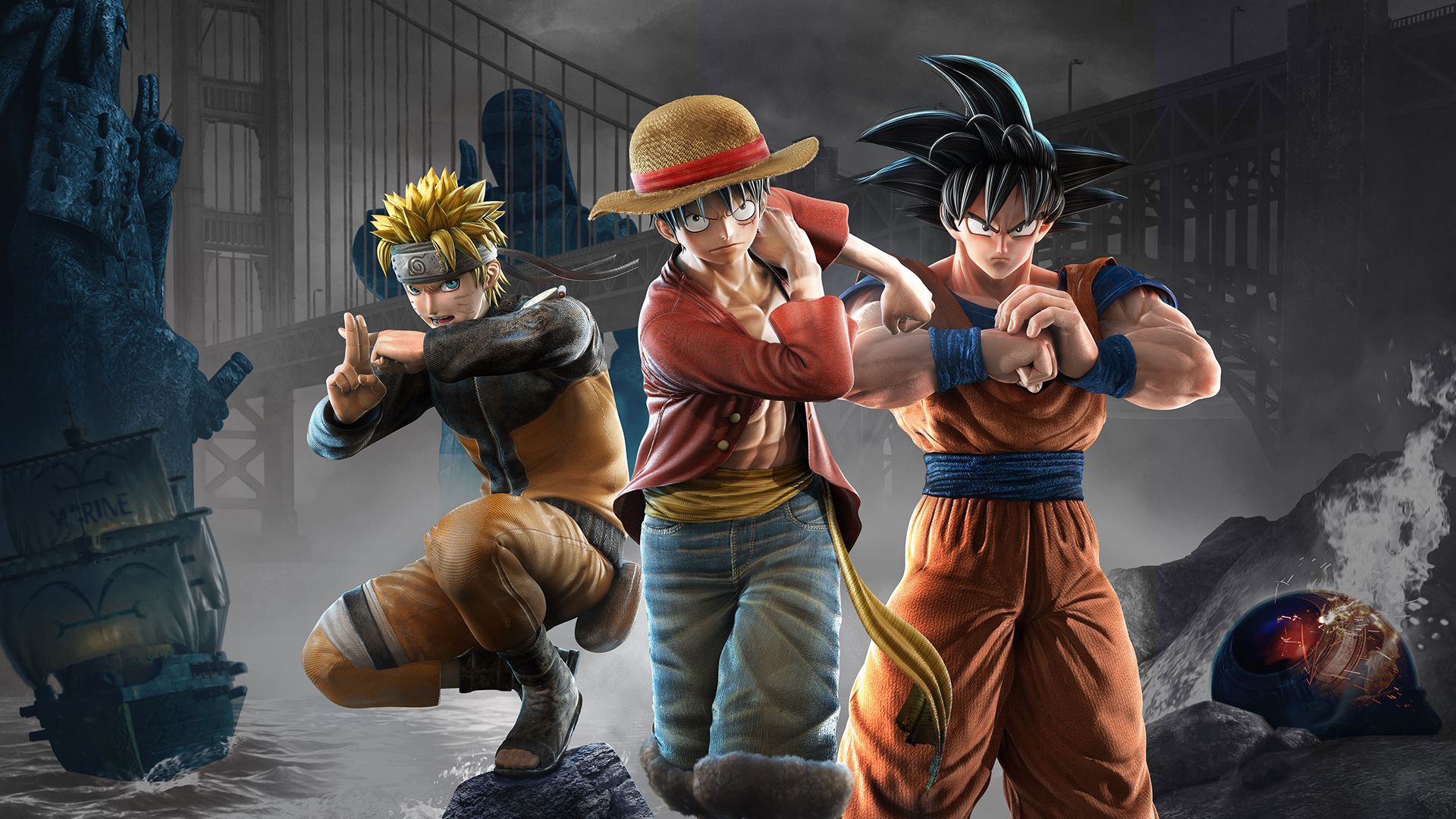 As a game, Jump Force is an acquired taste. It’s like when you eat something outside of your comfort zone; it’s not immediately satisfying, but piques your interest enough that you finish everything on your plate. At least, that’s what the experience was like for me.

The concept behind Jump Force is undeniably interesting. It’s a fighting game with every notable Shonen Jump character you can imagine. One that made the baffling, yet oddly respectable decision to test out a more realistic art style.

Is Jump Force game of the year material? Not really, no. Is it playable and enjoyable? Most definitely.

The main story campaign of Jump Force is short and comprised largely of action cutscenes and fight sequences. While not immediately challenging or intimidating, things do ramp up towards the end. Many of the Jump Force characters are available right from the start, though others you need to unlock through the campaign itself (sort of like Super Smash Bros. Ultimate in a way).

You’re also given the ability to create your very own custom character at the start who, no matter how well you design them, seems woefully out of place when standing next to characters like Goku, Naruto, or Luffy. Outside of familiar Shonen Jump staples, there are four new characters to get acquainted with, all designed by Akira Toriyama.

These new characters include Navigator, a cute little helper robot; Glover, a wise mentor; Galena, a sinister green villain; and Kane, who's like an amalgamation of every signature Toriyama villain in one. Of the four, Galena is certainly the most interesting, even though she lacks complexity. Being a “Shonen” game, we didn’t necessarily mind the lack of female fighters.

However, we do wish the ones included were a bit more fleshed out. As a whole, the story feels like light anime fare, stripped down in parts in order to appeal to a broader audience. It’s nothing remarkable, though it does make a hell of an effort in its attempt to mesh a variety of different worlds and concepts together.

The combat in Jump Force was a bit of a surprise in that it’s a 3v3 brawler rather than an intimate, one-on-one battle. This makes sense in the grand scheme of things, with Jump Force placing an emphasis on collective teamwork. For example, you’re given the option to pick between three fighting styles at the beginning of the game, with each one represented by a different protagonist.

There’s Team Alpha fronted by Goku, Team Beta fronted by Luffy, and Team Gamma fronted by Naruto. Each team relates to that specific character with Alpha adopting more direct fighting, Beta offering a “pirate” style, and Gamma taking you down the ninja path. In combat, you’re allowed to pick three different fighters, with your first pick being your “main” fighter.

You can switch between the three fighters, with all fighters having their own special moves. With so many different characters to choose from in Jump Force, it can be hard to choose the best character not only for your playstyle, but in relation to the other available options. If you’re having a hard time with this, I recommend checking out the Jump Force tier list here on AllGamers.

While it may not elaborate on each individual character, it will give you a nice starting point if you’re looking to use the “best” fighters available. Learning the ropes in Jump Force is pleasantly approachable, with only a slight learning curve at the start of the game. In my opinion, the movement and style feels closer to the Naruto brand of fighting games rather than the Dragon Ball ones.

Some button mashing can be expected, but precision timing does play a role, as does map awareness. Out of everything available in Jump Force, I feel like the combat is one of the higher points, as it’s different enough to keep you engaged and having fun.

You Win Some, You Lose Some

With the good comes the bad, and there are more than a few bad points to keep in mind before purchasing Jump Force. The first (and most obvious) being its design style. It can be incredibly off-putting, especially when looking at characters like Toguro from Yu Yu Hakusho. In the manga, it’s true that he has a weird aesthetic, but it’s nothing at all like the craggy slab of meat presented to you in Jump Force.

No matter how hard I try, I never want to play or even look at Toguro, his character design is just that awful. That said, not all of the characters look bad. In fact, I’d say most look pretty passable. I also respect the developers for taking the risk to create anime characters with realistic visuals, as it helps set Jump Force apart. It doesn't exactly work, but it's an interesting visual concept.

If you can get past the weirdness and mild design flaws in Jump Force, I think you’ll have a wonderful time exploring the game’s bizarre universe. Then again, Umbras Base also has its drawbacks thanks to its massive underground area which feels like it was originally designed for lobby vehicle racing. A feature that's not possible in the current Jump Force build.

As of the time of this writing, there are only a handful of lobby vehicles available, all of which appear to have the same speed. In the future, I'd love to see more vehicles added through updates and DLC, perhaps with different customization options relating to speed that I can test out in the caverns below Umbras Base. Until something like that happens, there's almost no point venturing down there.

Finally, the voice acting and dialogue leaves room for improvement. Some characters have fantastic voice acting, while others have none at all. Meanwhile, your character is a mute that speaks through head nods and bored gestures. It also doesn't help that the dialogue between characters often feels flat and monotone. More time should have been dedicated to this area of the game because it's hard to ignore the inconsistencies in the final product.

Jump Force offers a lot more than you’d expect with its laundry list of fun emotes and outfit designs. As you level up your fighters, you earn Support Skill Points, allowing you to improve and tweak them to your liking, while also giving you goals to strive for. There’s no shortage of things to do in Jump Force outside of its campaign and popular online fighting component, adding to the game's overall likeability.

Even exploring the surface level of Umbras Base offers a fun way to pass the time, as each team area feels unique and visually interesting, especially Team Beta with its One Piece sort of "island port" theme. I think hardcore anime fans, especially frequent Shonen Jump readers, will appreciate Jump Force for what it is. Everyone else may struggle to overlook the fact that Jump Force isn't the strongest Bandai Namco title.

It lacks the storytelling bravado of games like Naruto Shippuden: Ultimate Ninja Storm 4 and the overall polished shine of Dragon Ball FighterZ. Setting its obvious quirks and oddities aside, Jump Force manages to scrape together an enjoyable fighting game. One that I never found myself regretting putting time into.

In the end, I don’t think Jump Force will ever be high on anyone’s “best of 2019” list. It's a niche game that feels tailored for weirdos like myself. Despite this, I can't say it deserves the shockingly low review scores it’s received. Maybe I have bad taste, but I genuinely had fun and continue to have fun with Jump Force and that has to count for something.