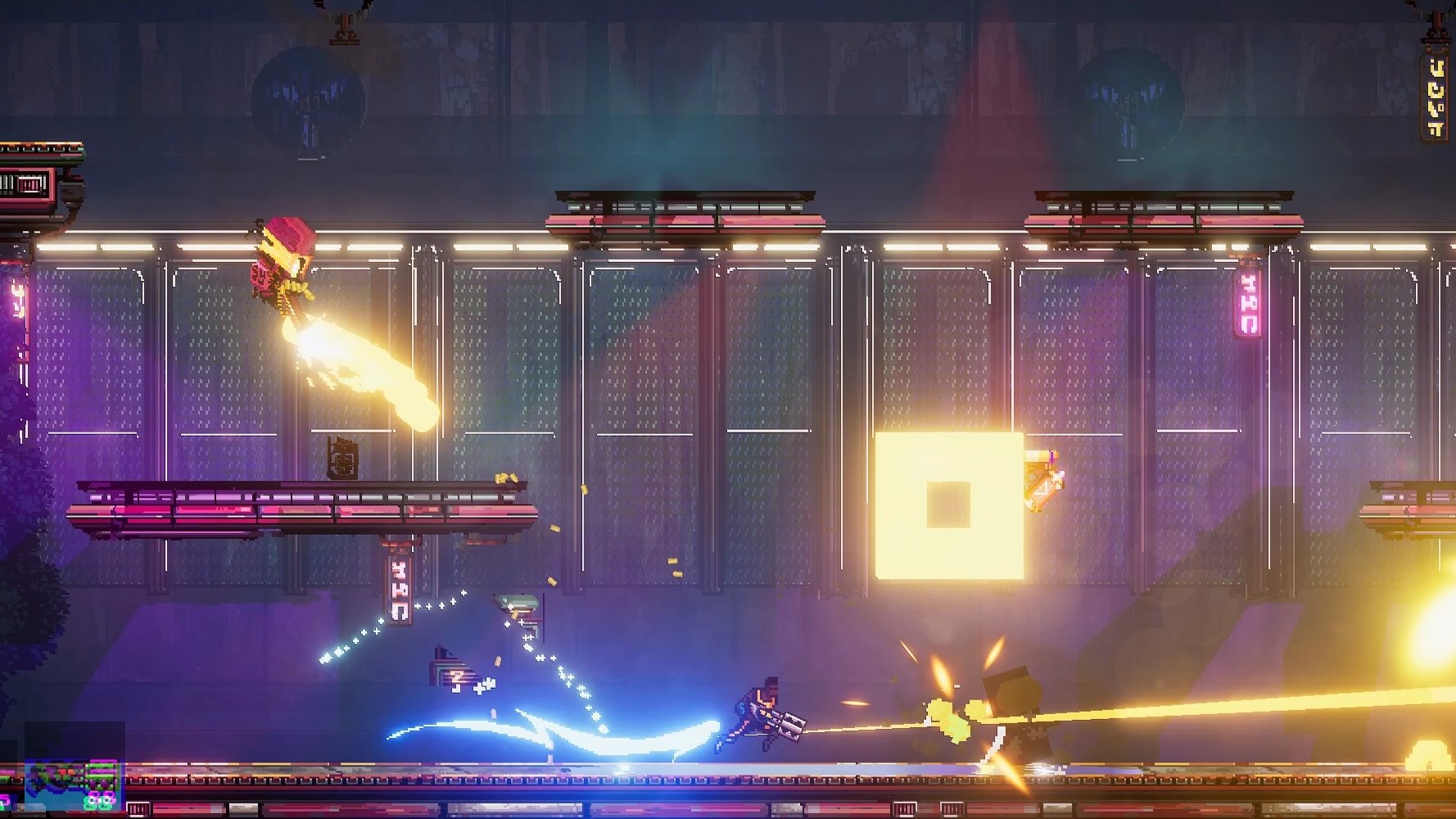 Every week, game developers worldwide share their works in progress with Twitter via #screenshotsaturday. At the start of each week, we take a look back at the cracking submissions from the weekend to bring you three interesting games in development. Things are getting a little dark in this week’s showcase. As dark and delicious as a good loaf of rye...

This week we announced that Black Future '88 is coming to the Switch. #screenshotsaturday pic.twitter.com/PnxBInwUX5

Thanks in no small part to an aesthetic overflowing with style, Black Future ‘88 has been on our radar for some time now. This weekend marked the brilliant news that its retro cyberpunk visuals will also be blasting their way onto our indie platform of choice, the Nintendo Switch.

Looks aside, Black Future is about scaling an ever-evolving tower of death as you race to the top in a bid to kill its owner. Procedural generation means each run is different, with new enemies traps and weapons to contend with. You’ll be able to change up builds by purchasing new C.U.R.S.E. buffs, and you’ll need them as each run is against the clock, forcing you to scale the tower before your heart explodes.

Black Future looks like a polished product already, and the full release — a date has yet to be announced — will even include the option to play in co-op, letting you explore the roguelike tower with a pal (and no doubt get them killed an awful lot). Keen to try it out? Sign up on the official site for new of the upcoming demo’s release.

NetherWorld is a game about a jellyfish dealing with a marital crisis. If that sounds weird to you, hang on to your seats. After heading to the local bar to drown his sorrows, this land-based blob of misery finds himself flung into a whirlwind journey through strange worlds, meeting stranger characters and battling towering, terrifying bosses.

Developer Hungry Pixel describes NetherWorld as “a hybrid between an action game and a narrative experience”. That means you can expect a combination of intense boss battles versus hulking giants, and involved relationships with Netherworld’s seedy, irreverent cast. Hungry Pixel ran a Kickstarter last year that saw NetherWorld reach 218% of its funding goal, securing its developmental future. Though a date has yet to be released, NetherWorld aims to release this year on Steam and Nintendo Switch.

For our battle menu, we'll use trading cards of heroes you could potentially meet in the game! (still just sketches for the moment) #screenshotsaturday #UE4 #indiedev #gamedev #LoafTheGame pic.twitter.com/xBKoB5Roxm

It’s about time we brought some cheer back to the Screenshot Saturday Showcase, so this week we’re closing out with the delightfully colorful Loaf. Inspired by the Paper Mario series, Loaf aims to pack its RPG world full of quirky characters that’ll put a smile on your face. Combat is turn based, but much like Paper Mario you’ll be able to interact with timed button presses to improve damage and other effects.

With a main character made of flour, it’s clear that developer WildArts is having a lot of fun designing characters for Loaf. There’s a long way to go yet in development, but if the writing and humor can match the charming visuals then we can’t wait to see this Loaf rise to success.

Enjoyed this Screenshot Saturday Showcase? You can take a look at all our previous ones by clicking here!