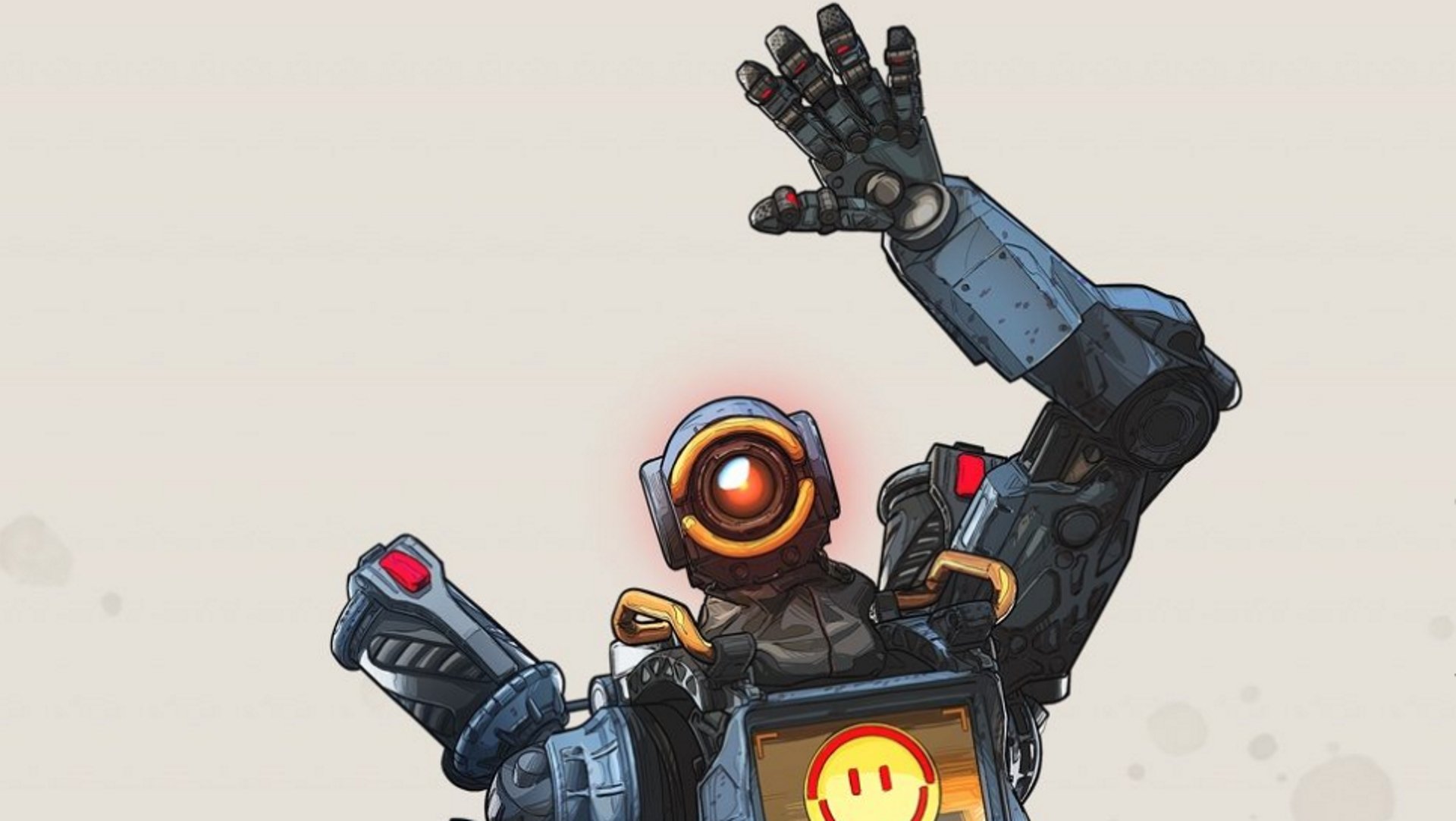 Learn what's changed or been fixed in the 1.04 patch notes for Apex Legends.

Apex Legends lives up to its name, letting players control one of nine powerful characters as they battle in Kings Canyon. Each comes with a Passive Ability, Tactical Ability and Ultimate Ability that serve to shape their playstyle. In this character guide we’ll be looking at everyone’s favorite Zipline generator robot buddy, Pathfinder.

Pathfinder is a MRVN (Mobile Robotic Versatile eNtity), better known as a Marvin. After waking up alone in an abandoned facility, he’s off in search of his creator and hopes fame in the Apex Games may draw their attention. Designed as a survey robot, his skillset excels at mobility and forward planning. Before we jump into tips, let’s run through his abilities.

Pathfinder can scan survey beacons (on top of some building,visible on the map with a radio tower icon) to see the location of the next ring.

Pathfinder fires a grappling hook that attaches to surfaces and enemies before pulling you towards them.

Pathfinder deploys a Zipline from his position to a distant point you aim at. The Zipline can be used by anyone.

(Psst! Looking for the Ultimate charge times for every character? We might be able to help you out…)

Much like Gibraltar, Pathfinder is an excellent starter character in Apex Legends. Along with his cheery demeanour to keep your spirits lifted, Pathfinder’s toolset will get you moving and grooving with Apex Legends’ fast pace in no time. The great news is that even if you’re not a crack shot, you can still be a huge help to your team as well.

Landing from the dropship close to a survey beacon will let you make use of Insider Knowledge and learn where to second ring will spawn. This can often be a long way away, letting you know just how far you need to travel. It’s easy to forget this ability exists, so make sure to remind yourself when you spot a beacon on the map. If your friends are still looting while you’re waiting around, scan the circle to fill some time. If the circle is currently closing, wait for it to finish before scanning to get further warning on the next ring.

Grappling Hook is a tough skill to master, because the motion you’ll make with it won’t always feel natural. The best advice we can give to beginners is to keep using this ability as often as possible. It’s got a short cooldown and helps both scale buildings and travel horizontal distances. Firing at the edge of a building will let you scale it even if you don’t reach the top. Hold the jump button as you hit the wall and you’ll scramble up a few more meters. For crossing gaps, target something perpendicular, then look 90° away from the grapple point and hold forwards or sideways away as you swing to gain speed as you arc round. To leap forward, aim at the ground ahead and jump right as the grapple connects. Practice more and you’ll get the hang of the motion before too long.

Zipline Gun is one of Pathfinder’s biggest traits, as it can provide your team the same positional advantages as you. Zipline Gun has the shortest cooldown of any Ultimate at 1m 30s, so don’t be afraid to use it often, whether it’s to escape the ring, reach new heights or simply move from one loot spot to another. While not a perfect escape, Zipline Gun can also be used to get out of sticky situations when combined with Bangalore or Gibraltar. Have one of them lay down smoke or a dome for cover, then launch an escape route for you team. Just be aware that your enemies can also make use of it.

Mastering Pathfinder is all about making yourself as mobile as possible, and that means working on your Grappling Hook skills. Getting a height advantage is great for establishing one-sided firefights, but you can also use the grapple on the ground to gain momentum during fights, swinging round opponents into knee slides or between cover spots to catch people off guard.

For larger movements, momentum is key. Build up speed before you fire the grapple and it’ll carry into the swing, letting you fling yourself impressive distances. You can also grapple enemy players directly, and while it’s rarely effective in most fights, it can work to surprise them or drag them into close range for a melee strike in early tussles.

Don’t underestimate the use of Insider Knowledge. If there’s a survey beacon in the final few circles of a match, make use of it. Many games are decided purely through positional advantage, so knowing where the final ring will be can let your team establish a position of power, forcing your enemies to come to you.

Zipline Gun is brilliant for ambushes, letting you set your team up in an unusual vantage spot before you strike, but it also works very well in areas already filled with ziplines. Fire it perpendicular to existing ones and you can create a network of lines that can easily be hopped between to reposition during a fight (you can jump from one zipline mid-travel and connect to another). This is great during the late game when several squads are facing off in a small ring. Use your lines to get your squad to a premium position and out of everyone’s line of fire.

Now that you’re ready to get out there and practice everything you’ve learned about how to play Pathfinder, you may want to learn how to play Apex Legends’ other characters too. We have guides for Octane, Lifeline, Gibraltar, Wraith, Bloodhound and Bangalore that’ll help you make the most of them all.