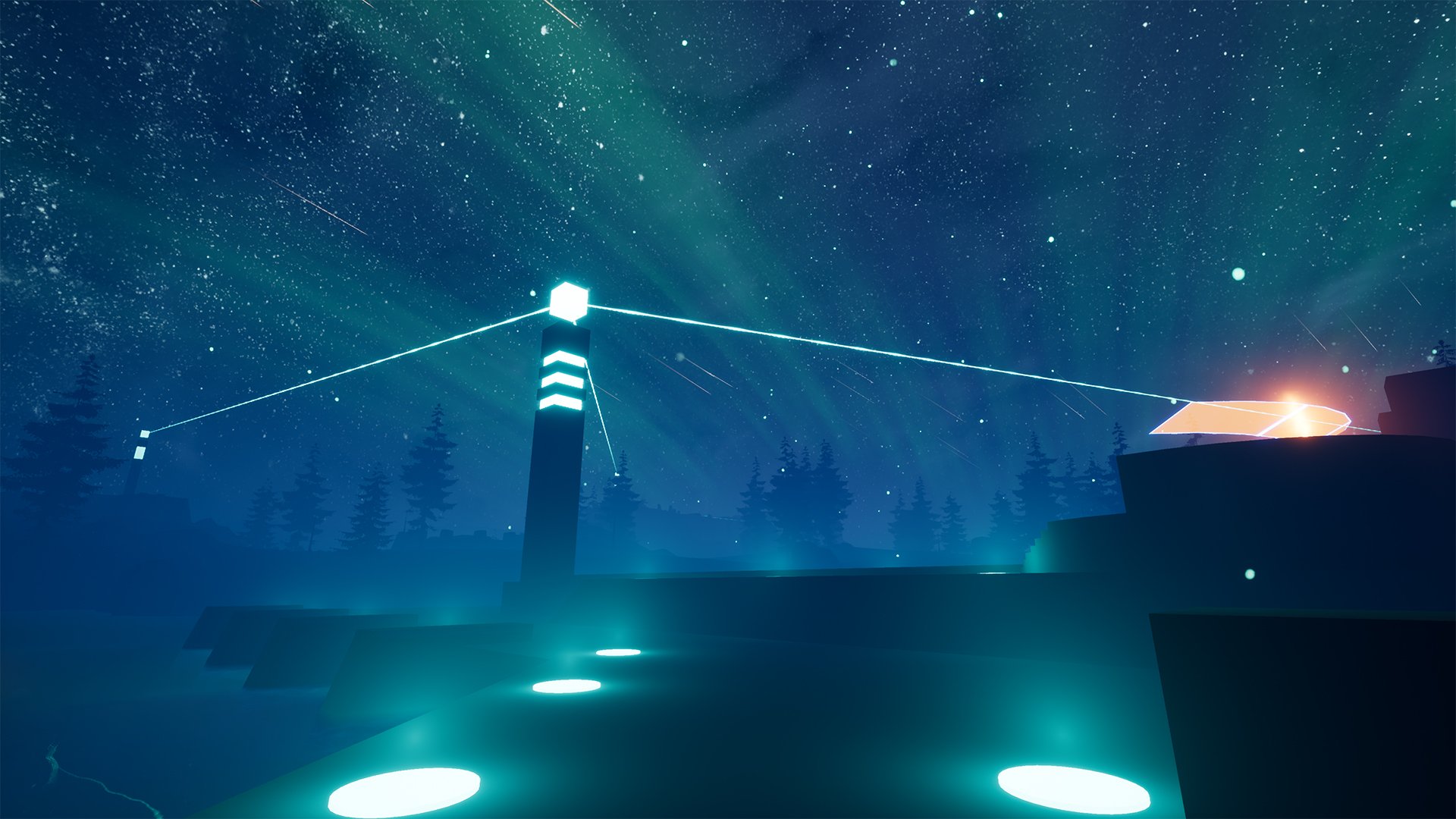 Every week, game developers worldwide share their works in progress with Twitter via #screenshotsaturday. At the start of each week, we take a look back at the cracking submissions from the weekend to bring you three interesting games in development. Make sure your helmets are securely fastened this week, as we’re skating off on an adventure!

Set in a vivid city of color and with a core premise of roller skating, it’s fair to say that Neon Tail draws a great deal of inspiration from the Jet Set Radio series. Developer Rocket Juice Games is unabashed in their adoration for Jet Set, but wants to bring something of their own in Neon Tail.

The main goal of Neon Tail’s flashily dressed protagonist is to help the city fight back against an invasion of Zombeaniess - living hats that turn their wearers into mindless drones. Rocket Juice Games wants the city to be the real star however, and will let you pick up side jobs as a delivery skater and photographer, or compete in the local competitive skating arena.

There’s a great foundation here for Neon Tail, and Rocket Juice Games has high hopes to add plenty more throughout development. You'll find a demo available on the game’s website, and you can support the team on Patreon here.

The idea of exploring an alien world has always been an enticing one, but often in games we spend so much time shooting bugs and baddies on them that we don’t get to appreciate the myriad places we visit. Epitasis aims to make the mystery of the world itself its founding ideal. Stepping through an ancient portal, you find yourself in the ruins of an alien civilization and are left to discover their history at your own pace.

Epitasis promises several hand-crafted worlds to explore, teasing a very Myst-like vibe to its once-occupied lands. Development is nearing the end, with release planned for Q1 this year. Developer Lucas Govatos recently announced that the game was fully playable from start to finish, with only polishing to complete before launch. Keep track of the development on Lucas’ Twitter, or via Steam.

Epitasis is now fully playable from start to finish, from the new game button all the way to the end credits... While there is still work left to do like polishing, it feels crazy finally hitting this huge milestone after almost 3 years. pic.twitter.com/WL53AlJYNq

It’s about time we gave mobile games some love on the Screenshot Saturday Showcase, and Ordia’s bouncy little slimes looks suitably satisfying. Starring a little blob on a quest to climb ever higher, Ordia has you fling yourself between hooks, bouncy pads and walls with the drag of a single finger.

On the way to the top you’ll need to dodge a variety of strange creatures all too happy to block your path or gobble you up. The art and animation really sells Ordia, and each successful jump is rewarded with the sound of a delightfully bubbly pop. Developer Loju has been working on Ordia for two years and plans to release it this year. The full game will come with 30 levels split across three worlds, plenty of collectibles, and a couple of challenge modes to up the ante.

Want to see more great indie titles in the works? Here’s the full list of our previous Screenshot Saturday Showcases!