All Skills and Abilities in Crackdown 3

Make the most of your Agent with our rundown of all the Skills and Abilities in Crackdown 3. 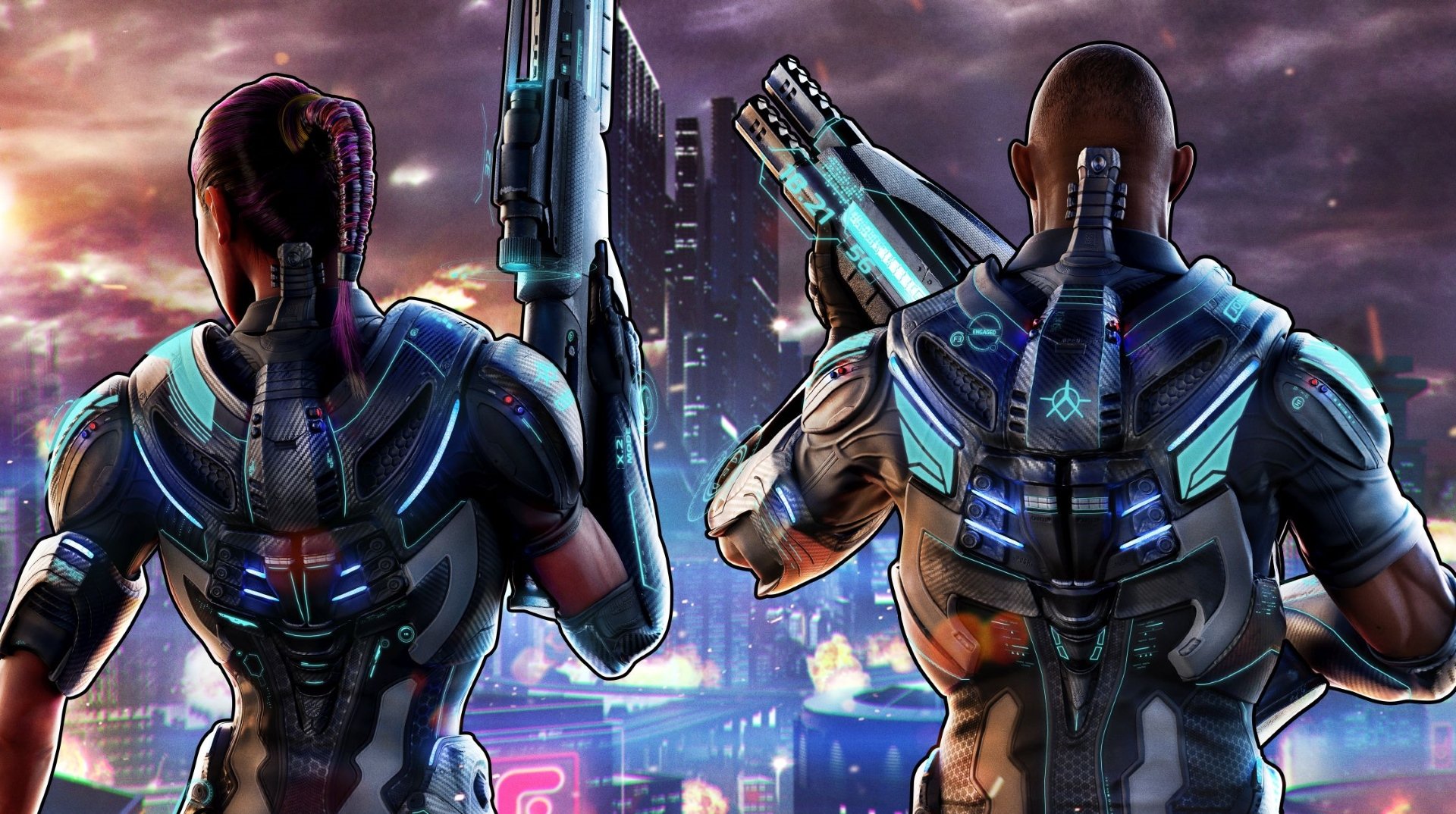 Find out if Crackdown 3 supports cross-play to let you team up with any your friends.

An open world of destruction like Crackdown 3 really deserves to be enjoyed in co-op. Leaping around and taking down baddies with a friend has been a part of the series since the start, and

Crackdown 3 is no exception. There are, however, a few important caveats to know when setting up a co-op game. So read on to learn the important details about how to play co-op in Crackdown 3.

The good news for co-op fans is that you can play the entirety of Crackdown 3’s story in co-op, and it’ll work exactly the same (albeit with two powerful Agents in action rather than one). You can still complete all the hardpoints and pick up collectibles like the Agent DNA with two players instead of one, just bear in mind that for some collectibles you’ll both need to grab them individually, so you can’t separate and gobble up one half of the map each.

Starting a co-op game is easy, all you need is for one player to set up a game world, selecting their agent. The second player then needs to join from the menu, select an agent and a new world save slot. This slot will then have the world of the host player copied to it.

The crucial point to note here is that the secondary player (non-host) should not select their personal, single-player world. If you select your own world, even by accident, it will be overwritten with the host player’s world. This can cause you to lose an enormous amount of progress, so be very careful when setting up a co-op game.

Can you play 4-Player co-op?

Unfortunately no, there’s no option for four player co-op. While this was a feature in Crackdown 2, the third games tones the chaos down a notch to two players maximum. While this feels like a bit of a shame, we imagine the enemy count would have to be toned up significantly with four fully-powered agents rolling around.

Does co-op have matchmaking?

If you were hoping to partner up with a random player online for some teamwork, the sad news is that Crackdown 3 does not support matchmaking for co-op play. That means if you don’t have any friends online, you’re stuck playing by yourself we’re afraid. Still, would you really trust a random stranger to come in and mess up your world? We certainly wouldn’t!

You’ve now learned how to play Crackdown 3 in co-op so get out there with a friend and start blowing stuff up! Before you double dash out though, you may be interested to read our list of all skills and abilities in Crackdown 3 to help you plan which paths to level up!