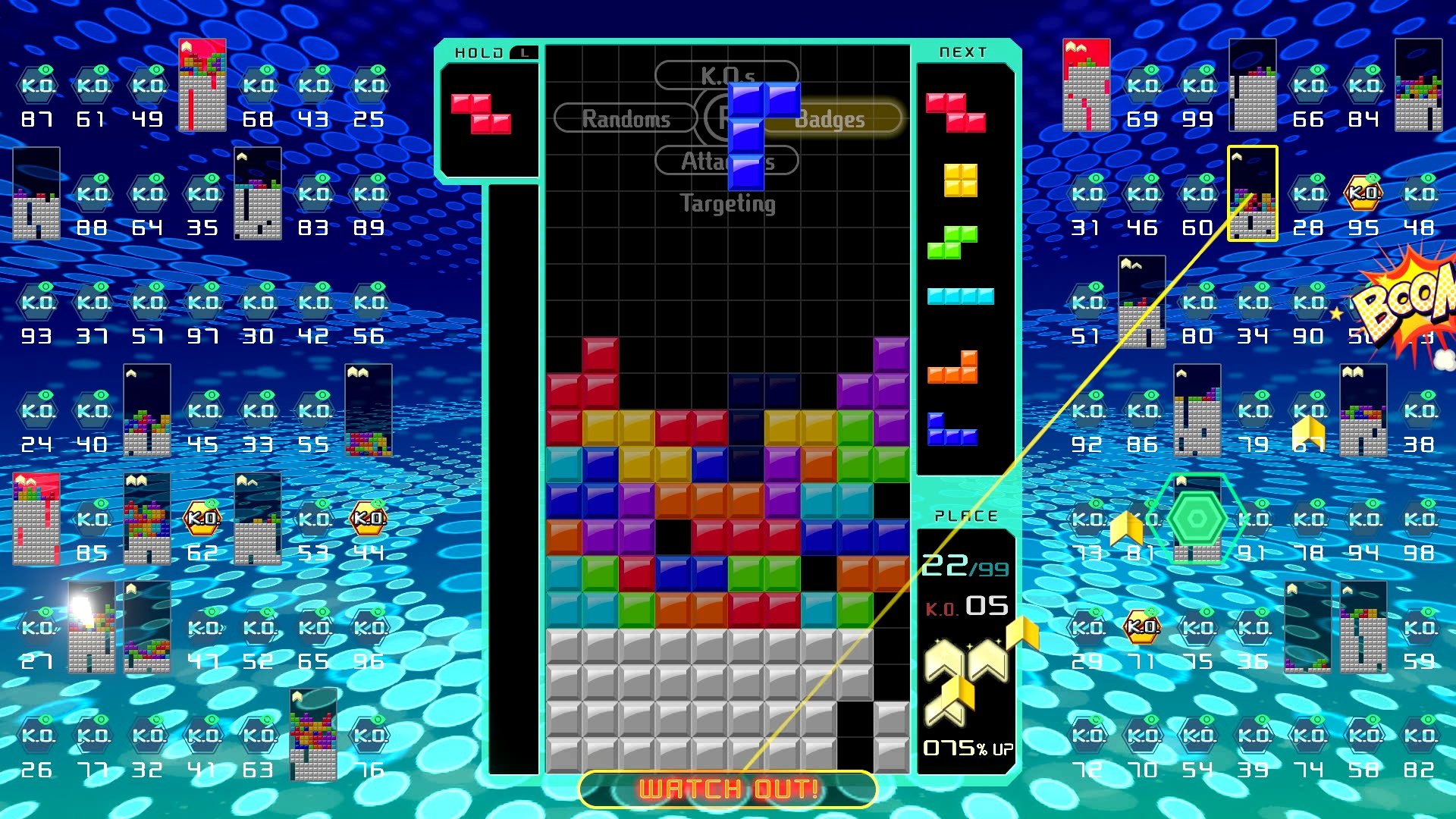 Find out how each anime fighter ranks with our Jump Force tier list!

In Tetris 99, players have the opportunity to collect special badges during a match. Unfortunately, the game doesn’t explain what these badges are, how to earn them, or what they’re used for. If you’re starting from the beginning and wondering the bare basics on how to play Tetris 99, be sure to check out our previous guide.

Meanwhile, if you’ve played a few matches and feel comfortable with the game, but are still confused on how badges work, we’ve got you covered. Below, we’ve put together a quick guide on how badges work in Tetris 99!

How Badges Work in Tetris 99

The more lines you clear at once, the more Garbage Blocks you send at once. When your Garbage Blocks cause a player to top out it’s considered a K.O. and that K.O. is then counted towards one half of a badge. The more badges you earn, the more K.O. wins you’ll need to acquire new badges.

As you might be able to infer, K.O. wins and badges play a huge part in snagging a Tetris 99 victory. This is because, at the end of a match when it’s you versus another player, you’ll want to be able to send the maximum amount of Garbage Blocks possible. To do this, you’ll want to learn how to strategically target your opponents in order to rack up K.O. wins and earn badges.

In the beginning, it can be hard to pick and choose opponents, but as the match wears on, there are a few things to keep an eye out for. For example, try to find an opponent that’s already close to the top of the screen. The closer they are to topping out, the harder it’ll be for them to bring their stack back down once Garbage Blocks are sent their way.

You can also target someone who is targeting you for a bit of payback, or target someone who seems to be racking up tons of K.O. wins early on in order to shut them down. After familiarizing yourself with the badge system, be sure to jump into a Tetris 99 match and practice targeting enemies! For more on Tetris 99, be sure to check out the game’s Nintendo Direct announcement, and our beginner’s guide on how to play Tetris 99.