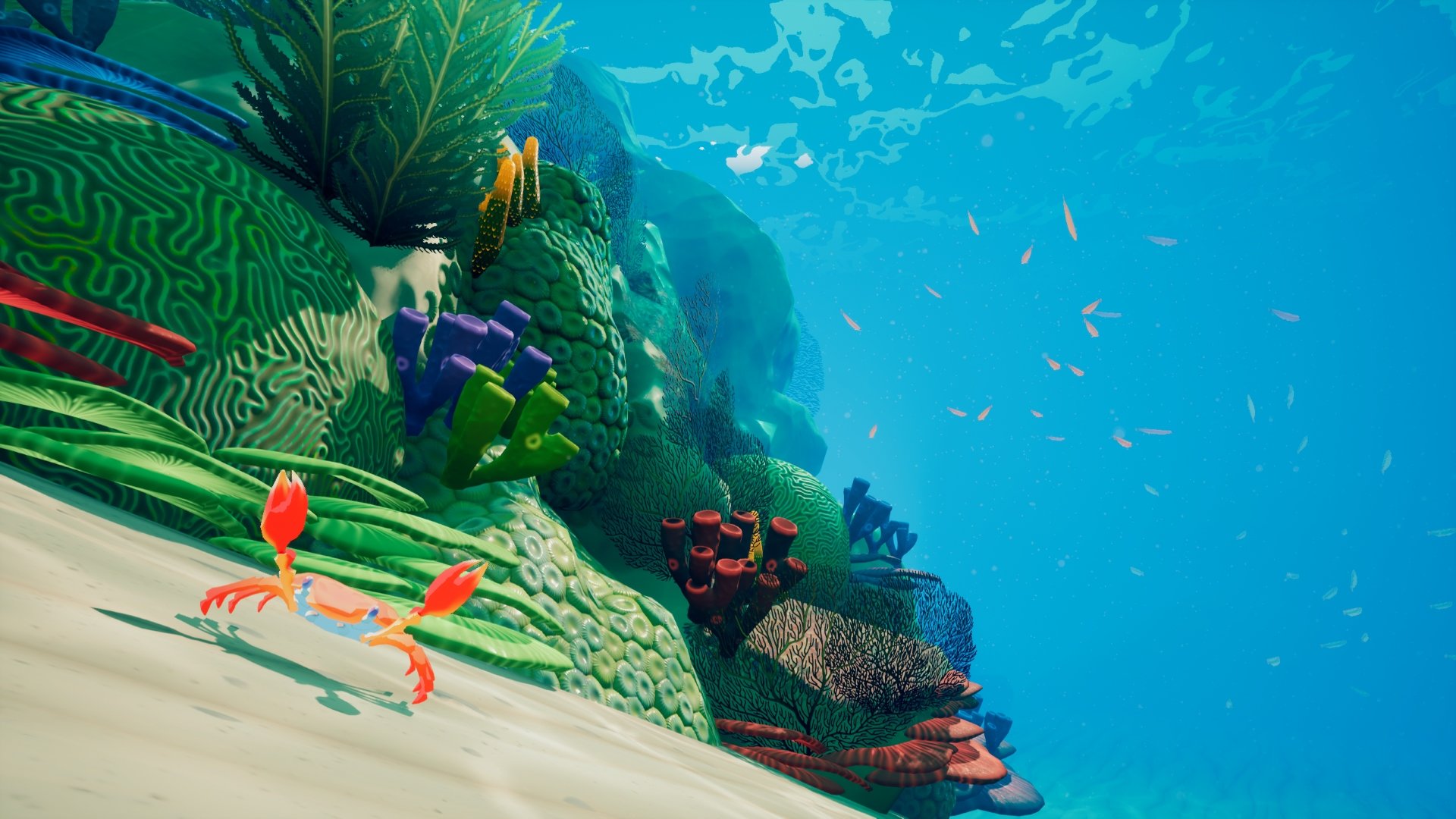 Every week, game developers worldwide share their works in progress with Twitter via #screenshotsaturday. At the start of each week, we take a look back at the cracking submissions from the weekend to bring you three interesting games in development. This week we’re diving deep into the indie waters to heal rifts in the community, or was that cause them?

What would you do if you were friends with the gods?#ScreenshotSaturday #indiegame #UE4 pic.twitter.com/jhoVS3P6oV

Ever wanted to befriend a god? Mythic Ocean hopes to let you go even further, offering advice to an assortment of underwater deities as they mold the world around them. Engage in conversations as deep or shallow as the water above you while teaching gods the values they should cherish in this new world. Exploring below the waves, you’ll be able to interact with a range of creatures and see how your choices impact their lives.

Developer Paralune Games promises a variety of branching paths for the story (and world) to follow, without any risk of death, combat or failure. The real task ahead of you is encouraging the gods to create the world you wish to see, whether that’s a a serene wonderland or as close to a burning wreckage as a sub-aquatic world can offer. Oh, and in case that’s not enough, the features list includes this crucial message: “There's a breakdancing crab.” Sold.

Testing some UI improvements in the prototype of Rogue Drones: you're now able to receive messages from NPCs such as your boss, who is always full of helpful encouragement #screenshotsaturday #madewithunity https://t.co/EoPp5YOP4h pic.twitter.com/B1McV8AmCc

Born from last year’s infamous drone incident at London’s Gatwick Airport, Rogue Drones gives you the chance to take matters into your own hands and save UK air travel. Fighting fire with fire, your job is to take control of your own, stun-gun equipped drone to shoot down invading drones. Hundreds of passengers are waiting for their flights, and your boss is hardly a sympathetic ear to your troubles, so you’ll need to act as fast as possible to minimize the airport’s losses. And yes, the drones in this game are definitely real.

Considering the real-world drones only caused havoc at the end of last year, Rogue Drones in the early stages of development, but already looks have a good sense of humor. According to the website’s blurb, the full game will give the chance to “dodge planes, helicopters, the air traffic control tower and home in on the drones one by one.” If the concept alone was enough to give us a chuckle, we hope the full release will offer a good laugh when it arrives this year.

If you are too lazy to walk let the enviroment do the job fore you! #gamedev #screenshotsaturday #unity pic.twitter.com/HW4mJvUKjQ

We’ve been enjoying a run of small but delightfully unique indie platformers recently, and World-Splitter looks like it could fit snugly into that mold. The name comes from the game’s core premise of two, overlapping 2D levels. Rather than pressing a button to swap between them, you can freely move a filter across the screen as if you’re drawing back the curtain to a whole new stage.

The trick is that your character makes the jump too, opening up all sorts of platforming puzzle trickery. If the floor is higher in one world than another, raising the filter from below can lift them to new heights, while pulling down from above or the side can reveal platforms and pathways that would otherwise be hidden. The colorful silhouette style, combined with a world warping mechanic brings Nyamakop’s Semblance to mind, and that’s no bad thing. If World-Splitter can conjure up puzzles to match its inventive mechanic then we’ll be keen to give it a try when it reaches release.

You can check out all our previous Screenshot Saturday Showcases here!