A look back at the Russian Colossus. 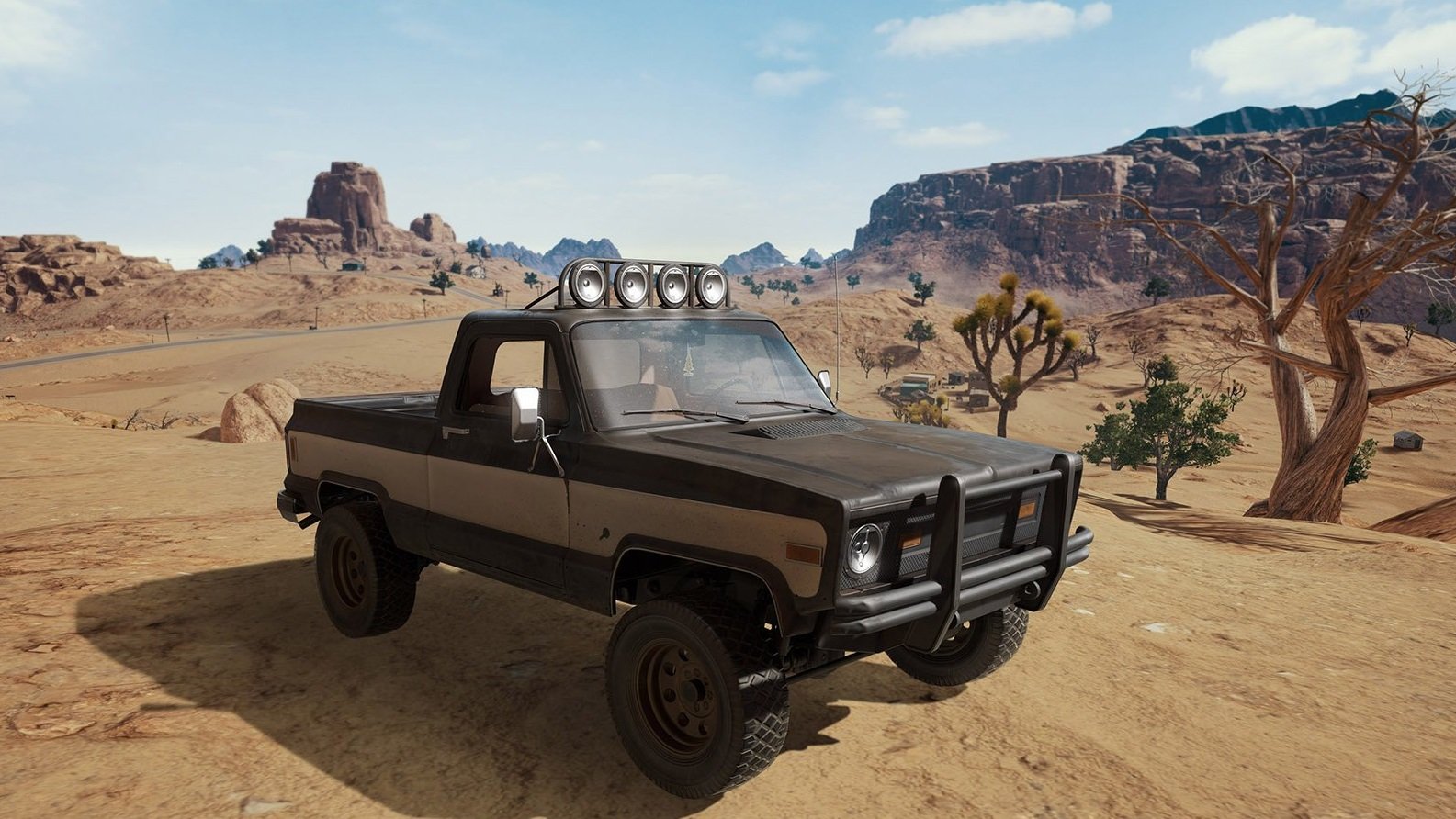 Only cosmetics are planned for now.

You’ll soon be able to haul your friends around in a pickup truck only available on PUBG’s desert map.

The PlayerUnknown’s Battlegrounds dev team continue to tease new content arriving with the map. We’ve already been informed of a sawed-off shotgun, and those who’d played the vault-heavy test server will already know about the DP-28 LMG and AUG A3 assault rifle.

Now they’ve also revealed a nifty pickup truck to help you scale those sandy dunes. We’re hoping you can cart your friends around in the back, but given every car’s tendency to flip on a whim in PUBG, maybe that’s not the safest idea.

The desert map will be available during the next test server run, though the dates for that have yet to be announced. The map’s full release is due some time this month, or as PlayerUnknown puts it: