Where to find all 11 Lucky Emblems in the Arendelle world of Kingdom Hearts 3. 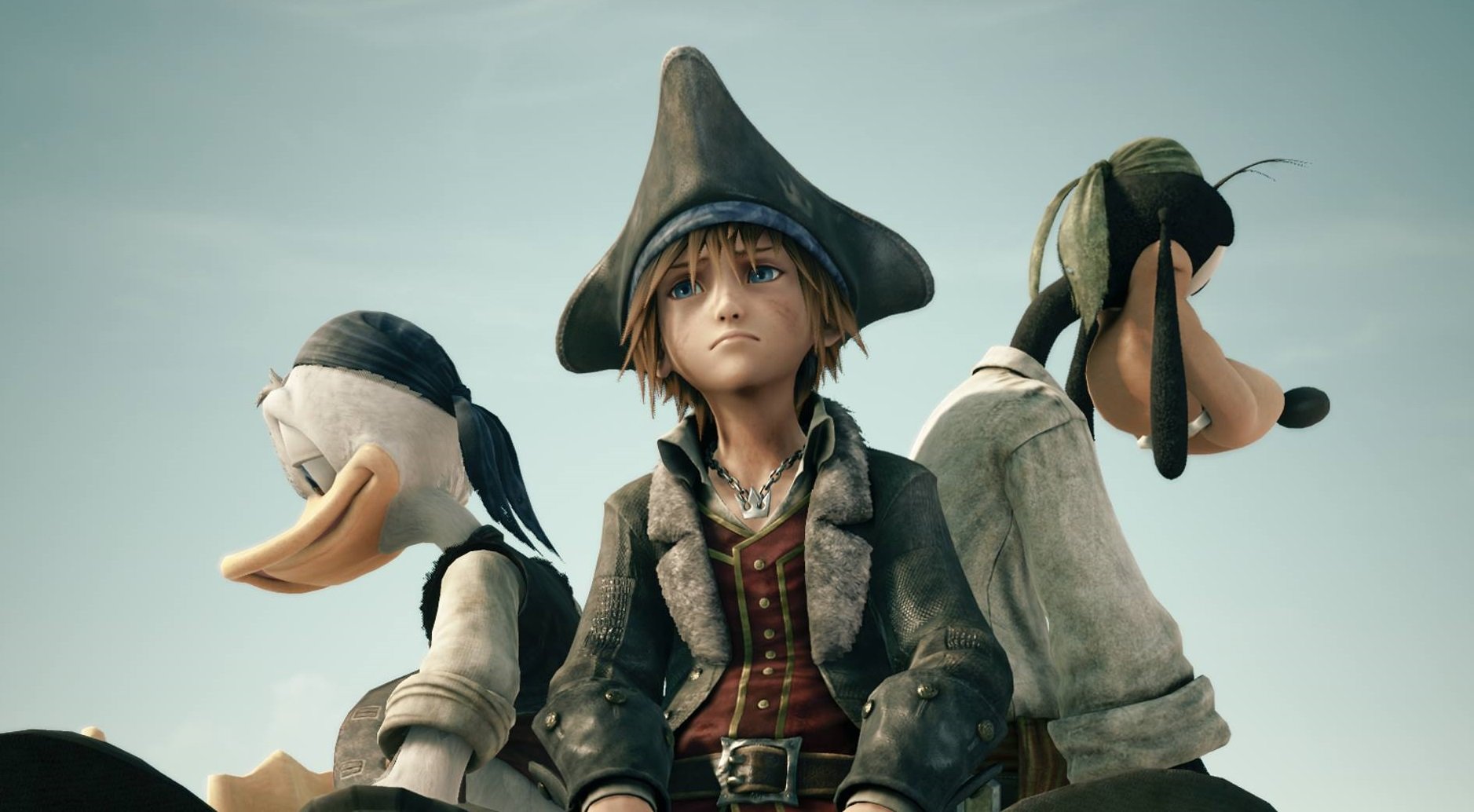 Kingdom Hearts 3 | All Lucky Emblems in the Caribbean

Kingdom Hearts 3 | Where to Find all Lucky Emblems

A detailed guide on where to find all Lucky Emblems locations in Kingdom Hearts 3.

All 13 Lucky Emblems in the Caribbean

In the Caribbean world of Kingdom Hearts 3, there are 13 total Lucky Emblems to find. To photograph them, you’ll need to use the camera feature on your Gummiphone. This can be done by pressing the touchpad on your PS4 controller, or the Change View button on Xbox One. After you’ve done this, you’ll need to align the square box over the Lucky Emblem and snap a photo.

The best place to start your Lucky Emblem quest is the Docks save point at Port Royal. From the save point, head down the dock until you see a raft floating alone on your right. Hop over to the raft, and at the top, you'll find the first Lucky Emblem.

After collecting the first Lucky Emblem, head into town and make a left. Keep going until you reach the open building at the very end. Inside on the side of a pillar, you'll be able to spot the second Lucky Emblem made out of exposed bricks.

While in Port Royal, head deeper into the Settlement until you reach the Seaport. Note that this area can also be reached by swimming directly across and to the right from where you found the second Lucky Emblem. Near the shore, there's a dilapidated shack. To the back and left, you'll find the third Lucky Emblem on the side of a fruit crate.

The fourth Lucky Emblem in the Caribbean world of Kingdom Hearts 3 can be found along the Seaport dock. Start at the end of the dock and walk towards town. As you do this, look at the pillars above you. On the very last one, look up and you'll be able to spot the fourth Lucky Emblem.

When you've finished with the Seaport, head up and left to the Fort area of Port Royal. Climb up the walls to the very top of the fort and stand on the ledge underneath the British flag. Look down, and you'll be able to spot the fifth Lucky Emblem.

With the fifth Lucky Emblem collected, head down and into the prison area of the Fort. There, you'll find several cells. In the second cell, you'll see light falling over a ball and chain. Walk in and view the ball and chain from the back to spot the sixth Lucky Emblem in the Caribbean.

Once you've finished collecting Lucky Emblems in the Port Royal area, board your Leviathan ship and set sail for Isla De Los Mástiles. On the southwest edge of Isla De Los Mástiles, swim a few feet away past several rock pillars to a lone island nearby. Defeat the enemies, then stand on the center rock and look out towards the shore. There, you'll find the seventh Lucky Emblem in the form of three broken barrels.

Next, you'll want to sail to Horseshoe Island. When you're greeted by a large stone archway, sail underneath it, then stop your ship and look to the left. In doing so, you should be able to spot the eighth Lucky Emblem in the Caribbean.

Near Horseshoe Island is the Isle of Luck. Sail over, then leave your ship and investigate the island. In the center is a large rock pillar. Climb to the top and look down over the edge to find the ninth Lucky Emblem in the Caribbean.

Over on Sandbar Isle, you can grab two Lucky Emblems at the same time as they're located right next to each other. When you reach Sandbar Isle, exit your ship and head into the center area of the island. There, you'll descend down several rocks until you encounter a deep pool of water that you can dive into. Before you dive down, look for a Lucky Emblem on top of a small rock as this is the one you'll want to photograph first.

Using the same image, once you've photographed the tenth Lucky Emblem as seen on the right, dive down into the water and look to your left. There, you'll find an opening in the shape of the eleventh Lucky Emblem in the Caribbean.

With Sandbar Isle complete, return to your ship and sail over to Ship's End. Exit your ship and head to the back of the tiny island. Look out at the sea and you'll see a ship sticking up out of the water. At the edge of the ship, you'll be able to find and photograph the twelfth Lucky Emblem in the Carribean.

There are several walls you can climb, as well as several Heartless to defeat. Climb up the walls and when you reach the top at the end, head slightly right and in again until you reach a cliff overlooking the sea. In the water at the bottom, you'll see several large rocks in the form of the thirteenth and final Lucky Emblem in the Caribbean.

Because the thirteen Lucky Emblems are spread out over several small islands in the Carribean world of Kingdom Hearts 3, you'll want to familiarize yourself with the map. To view the map, board the Leviathan and interact with the wheel to begin sailing. Before you move forward, you'll be given the option to open up your map.

With your map open, you can interact with a location you previously visited to fast travel there, and you can get a general idea of which direction you need to sail in to reach islands like Sandbar Isle or Isla Verdemontaña. Below, we've included an image of the Carribean map to help you strategize which Lucky Emblems you want to pursue first.

While we recommend starting at Port Royal, the order you visit each of the islands with Lucky Emblems on them is entirely up to you. You can choose to go in the order we've listed above, or you can skip around. By finding and photographing all 13 Lucky Emblems in the Caribbean, you’ll be that much closer to unlocking the secret video for Kingdom Hearts 3.

Plus, the more Lucky Emblems you photograph, the more in-game rewards you’ll earn. So, were you able to find all 13 Lucky Emblems in the Caribbean? Which Lucky Emblem was the hardest to find? Let us know down in the comments below!