Kingdom Hearts 3 | All Lucky Emblems in Kingdom of Corona

Where to find all 9 Kingdom of Corona Lucky Emblems in Kingdom Hearts 3. 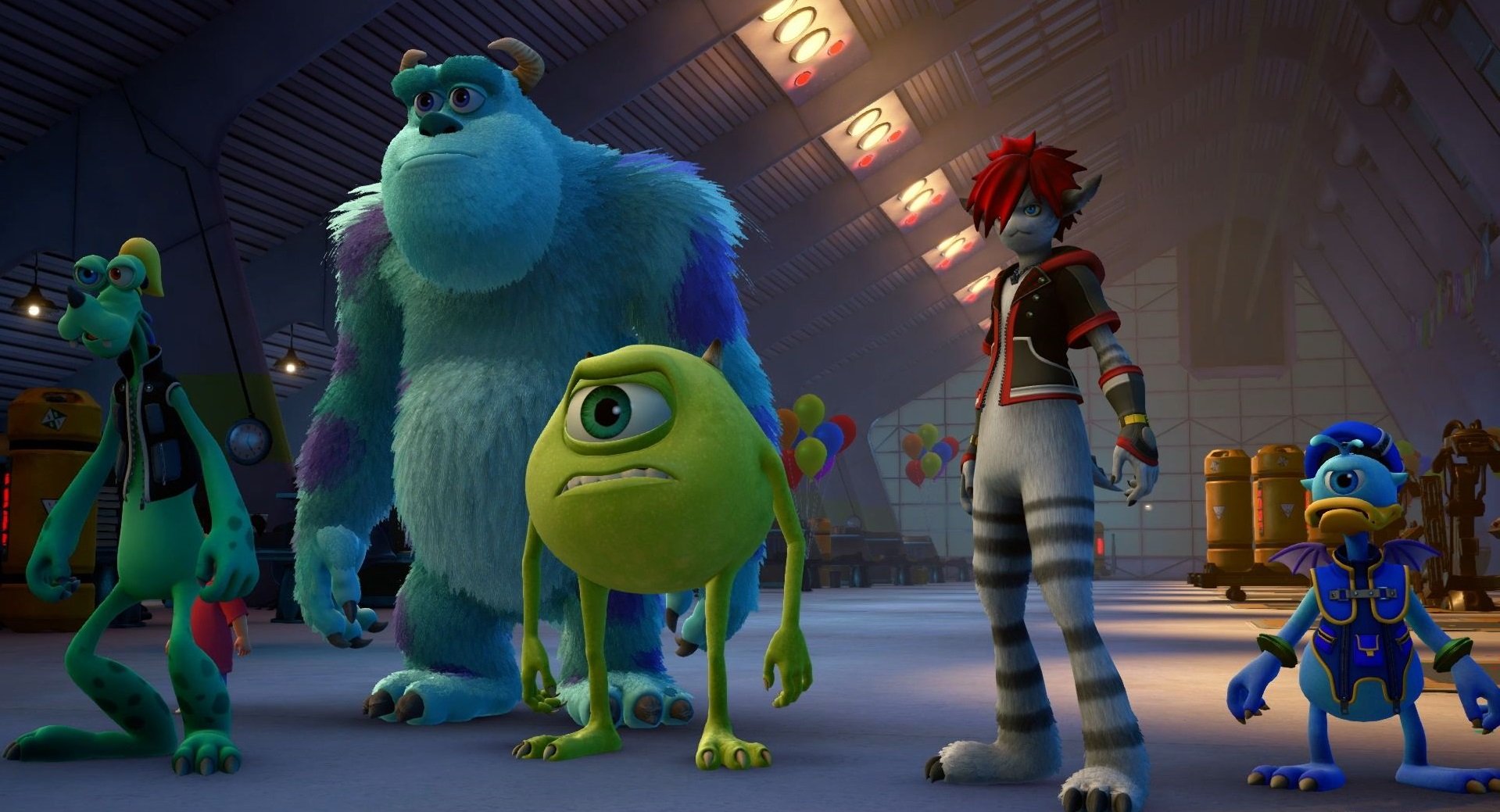 Where to find all 11 Lucky Emblems in the Arendelle world of Kingdom Hearts 3.

In Kingdom Hearts 3, players will need to find and photograph Lucky Emblems in worlds like Monstropolis in order to unlock the game’s secret video. While most worlds have around a dozen Lucky Emblems to find like Olympus and Toy Box, smaller worlds like Twilight Town have fewer.

All 11 Lucky Emblems in Monstropolis

In the Monstropolis world of Kingdom Hearts 3, there are 11 total Lucky Emblems to find. To photograph them, you’ll need to use the camera feature on your Gummiphone. This can be done by pressing the touchpad on your PS4 controller, or the Change View button on Xbox One. After you’ve done this, you’ll need to align the square box over the Lucky Emblem and snap a photo.

The first Lucky Emblem in the Monstropolis world of Kingdom Hearts 3 can be found on the former Scare Floor turned Laugh Floor. To the right of the entrance door, you'll see an inflatable clown. Push and bash it out of the way to reveal a Lucky Emblem on the floor.

Before you interact with the door to go deeper into the factory, turn around and look at the desks. On one of these desks, you'll find a Lucky Emblem drawn in green pen on a paper held up by a clipboard.

When you head into the door area of the factory, you'll learn how to rail slide. After you hop off the second set of rails, you'll come to an area with another door you can enter. Before you do this, look for a short hallway behind you. Head in and at the very end, you'll find the third Lucky Emblem in Monstropolis.

The fourth Lucky Emblem is the hardest one to find in Monstropolis. After you collect the third Lucky Emblem and proceed into the next area, you'll exit from a large wall of doors. Rather than heading forward into the corridor, take a right while staying in the door area. At the very end of the wall, you'll find another door you can interact with.

Enter the door and then turn around until you spot a large banana (one of the 7  in Kingdom Hearts 3). Walk past the banana and look out over the edge at the wall to spot the fourth Lucky Emblem comprised of yellow doors. As you can tell in the image above, this one is huge and hard to miss!

When you return to the main area of Monstropolis, you'll have to get past a set of rogue lasers. With that out of the way, head down the stairs and to your right, look underneath the window. There, you'll find the fifth Lucky Emblem.

After capturing the fifth Lucky Emblem, head forward towards the paint area. On your left, you'll see several large metal containers. On the floor near the last containers, a Lucky Emblem can be found made out of spilled pink paint.

Another Lucky Emblem that's tricky to find is the one seen in the image above. From the Ground Floor save point in Monstropolis, enter the factory and explore the assembly line conveyor belt areas. At the end of each of these conveyor belts is a door. Look near these doors, and you'll find one that has a Lucky Emblem on the upper right corner.

Inside the Power Plant save room, look for a desk along the wall with a blue hard hat on it. Approach the desk, and on a metal filing cabinet to the left of the desk, you'll spot the eighth Lucky Emblem in Monstropolis.

With the Power Plant save room out of the way, head forward through the factory until you reach a brick corridor. Make your way through this corridor, then again through a second corridor as you head towards the roof. When you reach the top, turn around and at the top of the doorway, you should be able to find the ninth Lucky Emblem in Monstropolis.

When you plummet down into the factory from the roof, you'll find yourself in a large room. Straight ahead, there are several crates leading up to a platform. Climb these, and looking straight across from the platform, you'll see the tenth Lucky Emblem comprised of several connecting pipes.

The last Lucky Emblem in the Monstropolis world of Kingdom hearts 3 can be found in the Vault Passage area. After climbing a set of metal stairs up towards a CDA Agent, stand to the right of the CDA Agent and look down at the floor below. There, you'll see the eleventh Lucky Emblem made up of spilled oil.