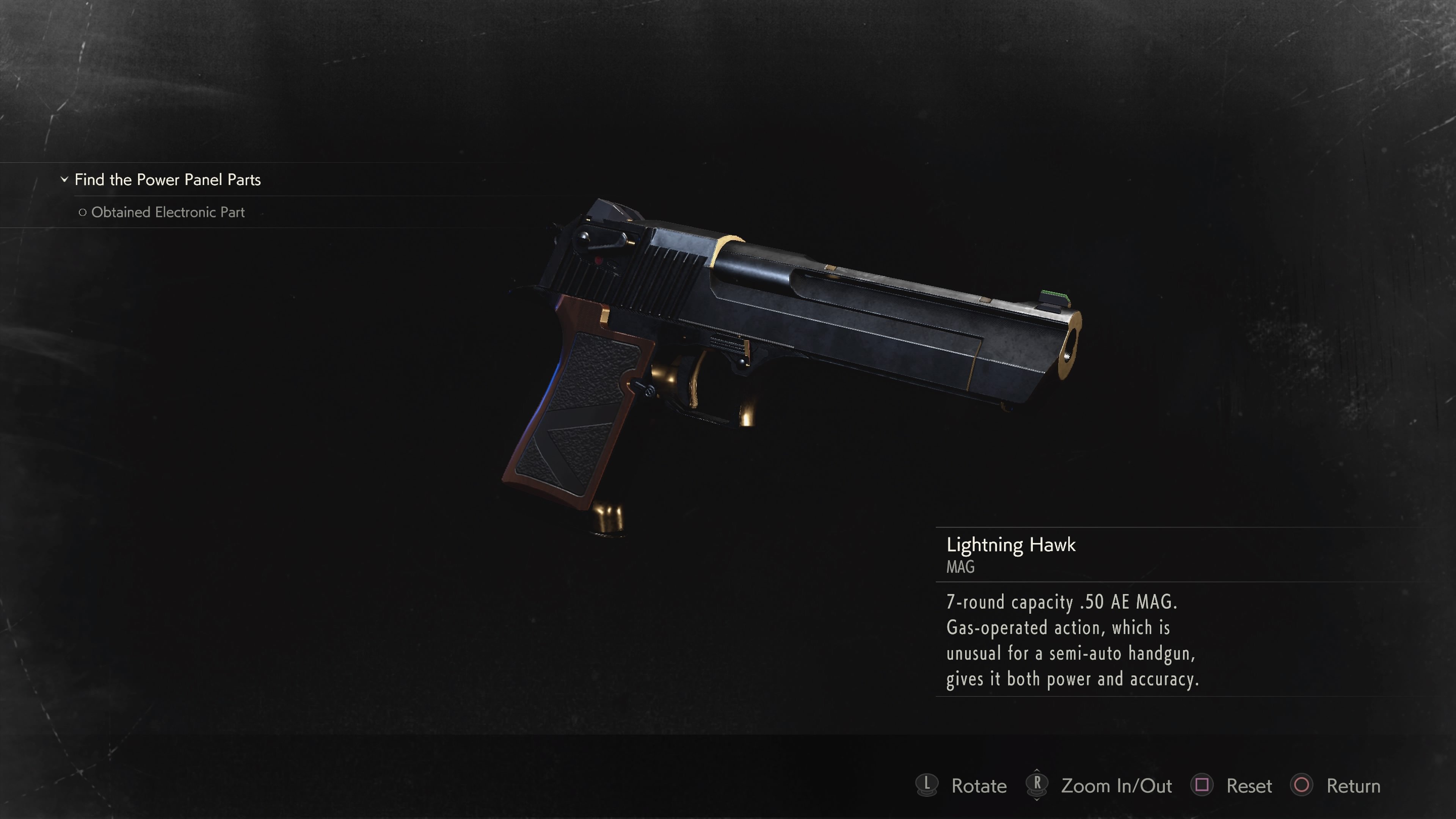 How to get the Lightning Hawk Magnum in Resident Evil 2

How to open the Special Weapons Case in Resident Evil 2

Learn how to get back to and open the Special Weapons Case for a rare Lightning Hawk Magnum upgrade in Resident Evil 2.

How to get the Lightning Hawk Magnum in RE2

The Lightning Hawk Magnum is stored in the S.T.A.R.S. Office Armory (2F) in the west wing of the R.P.D., but to unlock the gate to it you’ll first need some form of USB identification for the computer nearby. The whole process involves collecting a few different items, but to kick things off you first need to make sure you’ve solved the Red Jewel Art Room Puzzle.

Once you have the Red Jewel, you can simply store it in one of the game’s many containers until you’ve explored the Observation Room and Interrogation Room (1F) using the Club Key (obtained from the Boiler Room). This won’t happen until you’ve woken up the Tyrant, Mr X, so don’t worry too much until you’ve reached this point. In a corner of the Observation/Interrogation Room (1F) you’ll find the Bejewelled Box, as well as a clue to the Waiting Room Safe Code. Combine the  Bejewelled Box with the Red Jewel to open it and gain the S.T.A.R.S. Badge. This might not seem much use on its own, but flip it over to hit the button and you’ll discover the badge is actually a USB Dongle Key!

The key is precisely the item you need to unlock the Lightning Hawk Magnum, so make your way back to the S.T.A.R.S. Office (2F) on the west side of the R.P.D. Plug the USB Dongle into the Computer, then use the machine to open up access to the Armory. Inside you can collect the Lightning Hawk Magnum and read some rather embarrassingly written letters from Chris Redfield. Don’t forget to pick up the USB Dongle Key again from the computer! You’ll still need this item to obtain one of the Magnum’s upgrades from the Special Weapons Case down the line.