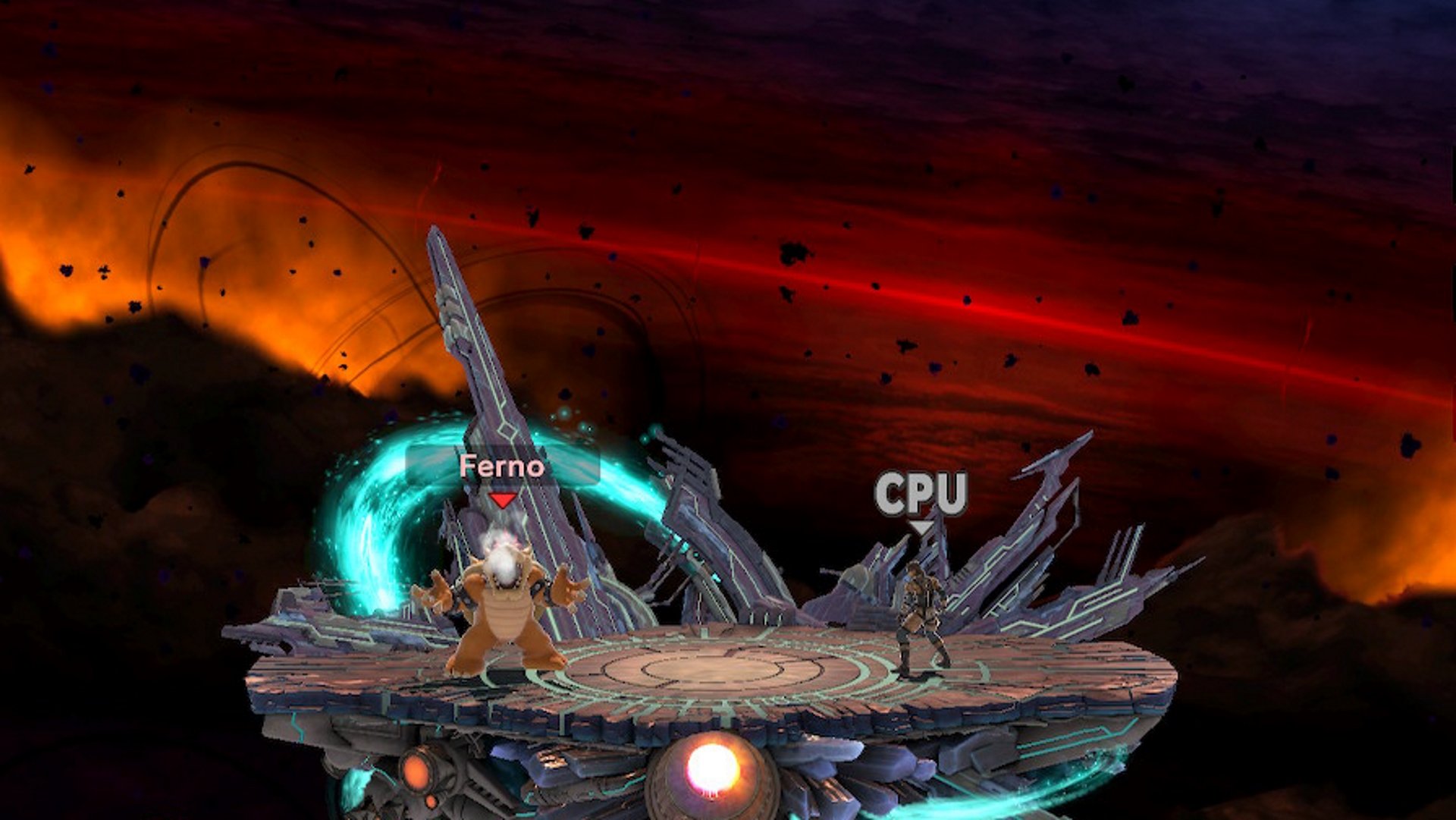 Final Destination is the bedrock of the Super Smash Bros. stage pool. An even, equal arena, untainted by the randomness and clutter that litters the rest. Nevermind zany boss monsters or hazards, Final Destination won’t even tolerate platforms. What we're getting at is that it’s a pretty popular level, so much so that Ultimate offers an FD version of every single stage in the game.

You might be wondering why anyone would need 103 versions of the same, flat level - surely they’re all the same? Oh how wrong you’d be. Like a spread of English cheddars, Ultimate’s Final Destinations are far from equal. To that end we’ve put together a definitive tier list ranking every single FD stage variant in Smash Bros. Ultimate based on visuals, clarity and music. Read on for the definitive Final Destination stage tier list for Super Smash Bros. Ultimate.

The OG, the classic, the stage to end all stages. Final Destination.

Our personal favorite. A battle to the death on the precipice of a waterfall - what could be more fitting? Also includes some cracking DK tunes.

Featuring a huge catalogue of Castlevania tunes, this atmospheric stage couldn’t be anywhere but the top.

One of the worst stages in smash history becomes a brilliant city skyline in this conversion. Truly, a stage saved.

The crowd roars behind you, baying for the blood of your enemies. The giant flames stoke the fire in your heart — a hunger for battle.

Delightfully blocky, with the relaxing air of summer. The perfect spot for a friendly showdown. Plus a kitty wanders into the backdrop every now and again, and there’s no way we aren’t ranking that highly.

The shining blue of the Corneria system provides a pleasant yet distraction free backdrop to the action. Take a tour of the planet while you take your rivals to the cleaners.

Lasers! Spaceships! Action! Yet somehow, all of it distant enough to not tear you away from the fight in front. How is anyone breathing here? There’s no time to consider such things as Jigglypuff prepares another assault.

The seedy atmosphere of Metroid, with some of the better tunes on the soundtrack. Oh, and no more bloody stage flips.

A canyon, a divide, symbolizing the struggle between two opposing and incompatible forces of nature. Okay we’ll admit it, we’re just here for the Gerudo Valley theme.

It may be a static stage, but the GB’s distinct aesthetic isn’t replicated anywhere else in Ultimate. Stick on King Dedede’s 3DS theme and you’re set for a good time.

The crowd roars behind you, baying for the blood of your enemies. Their raucous cries echoe the thrill rising in your heart — a vague sense of deja vu?

Breath of the Wild is still the best game on Switch, but duking it out on this stage comes pretty close as Hyrule Castle and Death Mountain loom ominously in the distance.

Lovely Architecture, this time without the pesky slopes or transformations.

Let’s be honest here, this is the only good Kid Icarus stage.

A great choice for those after a bit of Nintendo 64 nostalgia. That reminds us, whatever happened to Lanky Kong?

Look at that little guy hopping up and down on the spring! He’s having such a good time.

The Zelda stages always come out top trumps on music. It doesn’t quite match Plateau or Gerudo, but Temple holds its own.

An underground cavern, pooling with lava? Sounds good to us. Must be an early stage in the Metroid game, judging by the color of those doors in the background.

Reminds us of the warped, collapsing cities at the end of Dark Souls 3.

We're not entirely sure what this stage has to do with Pokemon, but it sure looks pretty.

Galaxy’s soundtrack is top notch, and the star-studded sky makes for a pleasing background to this stage.

For a stage based on a silly minigame, this ends up being a surprisingly dramatic arena

Skyloft runs the risk of being a bit too wild as it soars around, but makes for a nice change of pace from the gloomier levels. Plus there’s the music factor.

The crowd roars behind you, baying for the blood of your ene- Hang on a minute, This is all sounding a bit too familiar.

The giant mech is cool, but we’re just grateful we don’t have to play the awful original stage.

The default Moray Towers is a confusing mess of a level, but thankfully the FD rework lets us enjoy Splatoon’s Tokyo-styled city.

For the classy Smash players of the world. Suits and dresses mandatory.

We’re sorry, but the following stages are just too bland to waste your time playing on:

With reflections, falling stars and sparkling water, there’s just too much going on here, leaving our old eyes exhausted after a single bout.

Boy this stage is zooming. Are those racers in the background? Too late, I’m dead again.

Lovely and colorful, but we end up feeling nauseous if we look at the backdrop for too long.

It’s tough to focus while remembering all the times we took a blue shell on that corner to lose the race.

Even an FD version can’t save a stage this ugly. An assault on the eyes.

Angels and demons and witches, Oh my!

This stage really ought to be good but we can’t help but feel like Cranky is judging us as he paces back and forth creepily.

One of the Smash classics. It’s somehow insulting that you want to remove those perfectly placed platforms.

Why would you take out that lovely turtle?

Attempting to play on Rainbow Cruise’s nonsensical ride is a core Smash experience. You can't cheat that with an FD version. Did you know this stage was tournament legal for a time in Melee?

We’re still mad we only got two Final Fantasy tracks.

That platform was all Smashville had going for it.

No Pokemon, no fun.

An outright lie. There isn’t even a train anymore.

The whole point to PictoChat was the ludicrous drawings. If you take them out then there's nothing left.

You can no longer be eaten by the giant fish

Removal of dogs is an arrestable offense.

And there you have it, every single Final Destination ranked in a fair and official manner. Set up your random stage select and you'll be ready to enjoy the exact same stage you're always playing anyway, but now in the best manner possible.