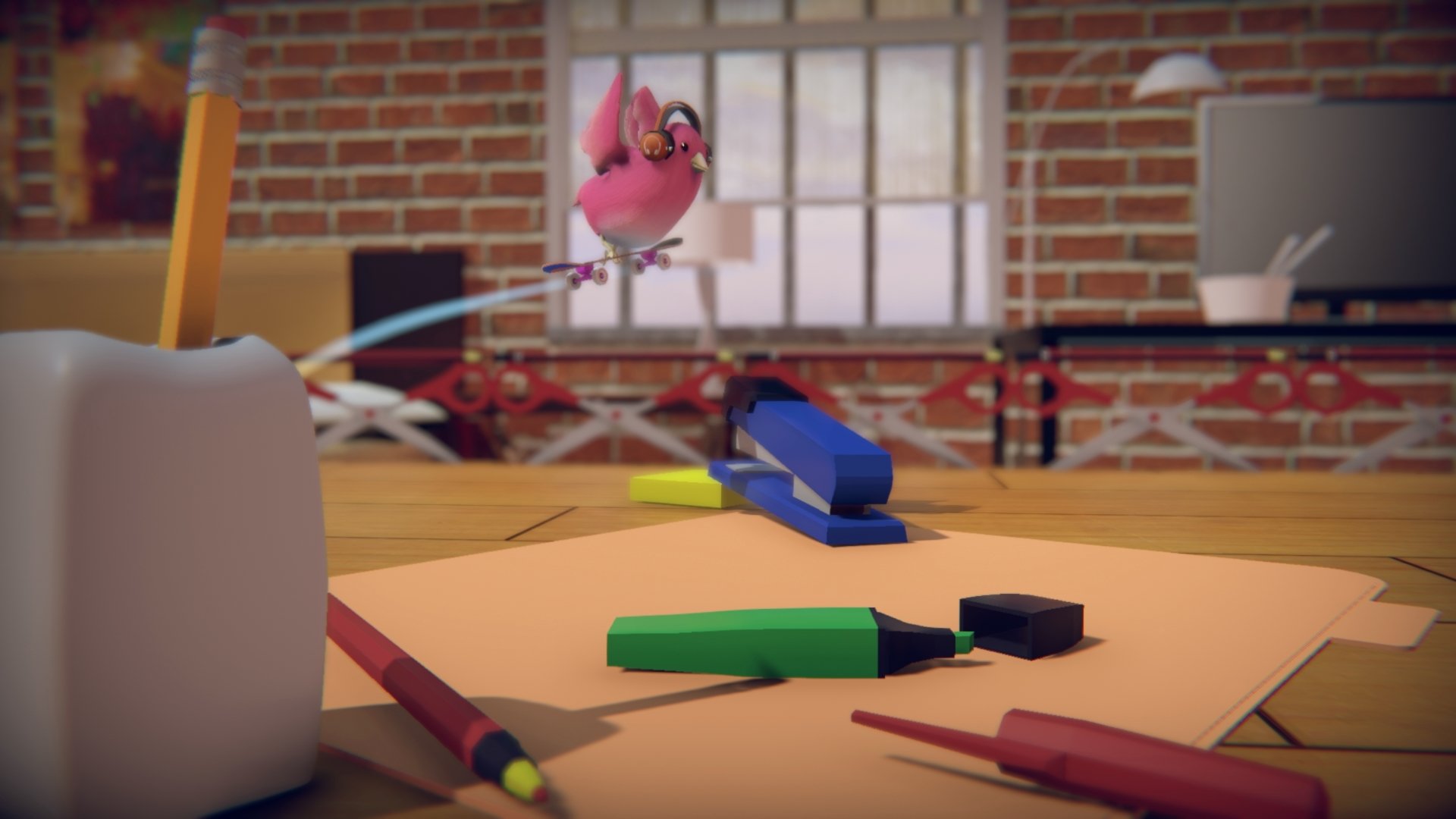 Every week game developers worldwide share their works in progress on Twitter via #screenshotsaturday. As part of our Screenshot Saturday Showcase we scour these posts each Monday to bring you a fresh wave of exciting indie games in development. This week we’ve got underwater exploration and a double bill of bird-based action!

Those harboring a fear of the unknown deep may wish to look away, as Silt asks players to brave the dark and gloomy depths of the ocean. A lone diver, your job is to explore haunting, hand-drawn underwater caverns, searching for signs of an ancient civilization and trying not to alert the denizens of the deep.

Silt’s inky art is beautiful, but we can only imagine how terrifying the black and white world will become when encountering some of the sizable and strange beasts shown on the game’s website. There’s no word yet on a release date, but you can sign up for a monthly development newsletter on the site or check out several development videos of the game on the YouTube channel below.

I've been trying to nail this gap to grind for ages. Finally got close. It's a bug, but a FUN bug! #screenshotsaturday pic.twitter.com/ndJXs9g57j

With ability to fly, you might think birds would shun other forms of transport. But clearly then, you’ve never met birds as cool as these. SkateBIRD is a game which does what it says on the tin, letting you cruise around as a tiny, skateboarding bird who’s jamming along with a sweet pair of headphones (birdsize, naturally). Set in a small office, you’re free to grind along a chain of pencils, ollie over scattered sharpies, and flap your minute wings to help land that perfect halfpipe jump.

Developer Glass Bottom Games promises incredibly simple controls, which should make SkateBIRD the perfect little chillout game while you relax with some tunes. SkateBIRD is planned to release “soon-ish” and you can wishlist the game now on Steam.

And finally, a bit of VR love to close out this week’s Screenshot Saturday Showcase. Falcon Age tells the story of a Ara and a young falcon she befriends while imprisoned. Trapped on a dying planet, Ara must work with her companion to scavenge resources and fight back against invading machines that are destroying their world. Built from the ground up for the PSVR’s Move controllers, you can perform actions like feeding your falcon with one hand as it perches on the other.

Naturally the falcon steals the show here, and developer Outerloop Games has put in a lot of work animating her to be both an adorable baby and intimidating adult. As the gif above shows, you can feed the falcon to heal her, but our favorite addition so far is the ability to ruffle her feathers. Falcon Age is due to release this year on PS4 and will allow both VR and non VR play with Move or DualShock 4 controllers. For more details and images, check out the website.