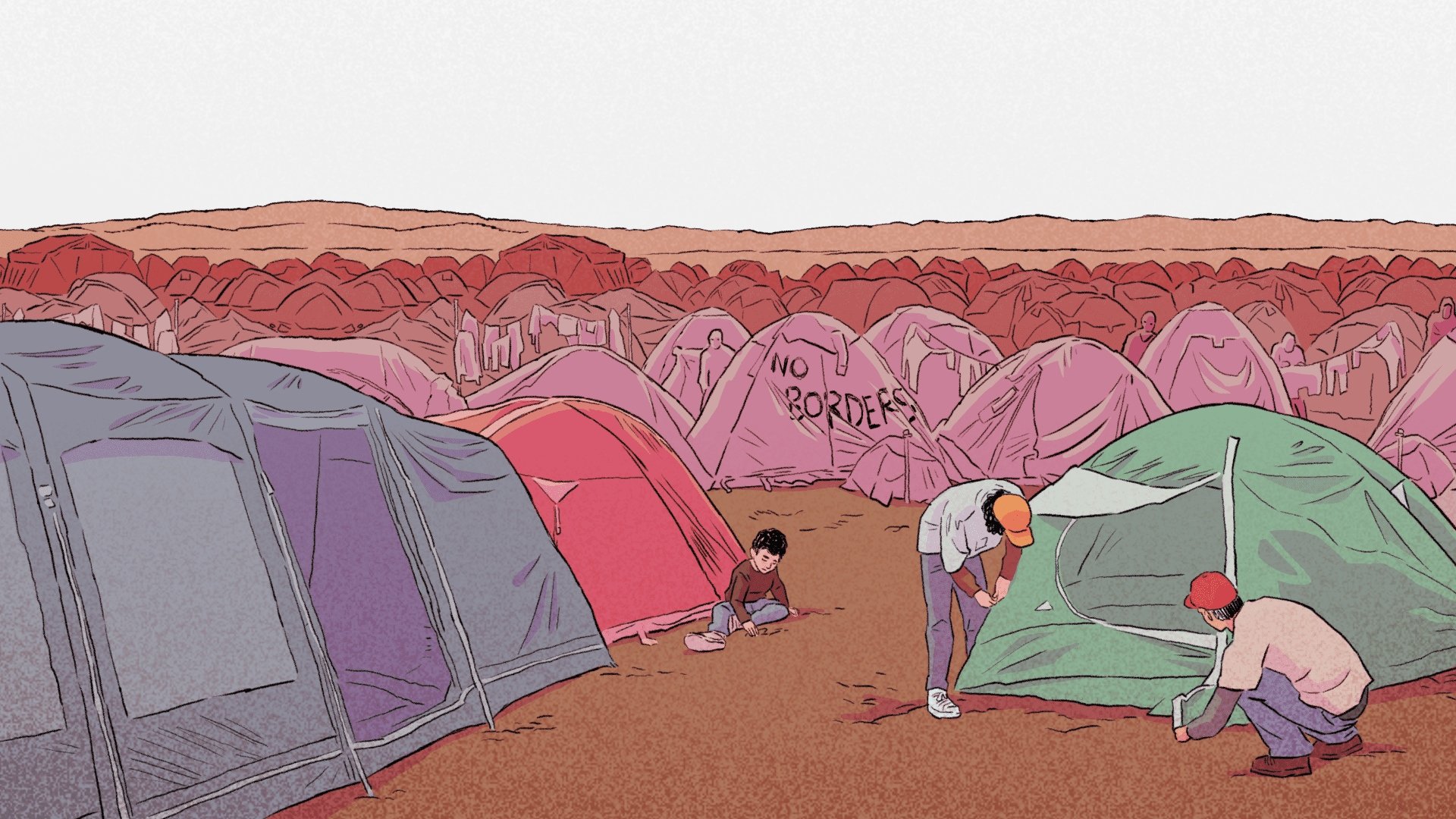 Bury Me, My Love - Switch Review

Bury Me, My Love is the tale of a woman trying to escape to Germany from her war-torn home country of Syria, and the man she leaves behind. Contained entirely within an instant message interface, the game plays out through conversation (and sometimes lack thereof) between refugee Nour and you, her partner Majd. You’re able to view a map of her progress across the globe, but beyond that your interactions are limited to hitting send on text messages, photos, and the occasional emoji.

It’s a simple and immediately relatable interface, but one that proves impressively compelling too as you wait for that next message to chime in following an important moment. It helps that both Nour and Majd are excellently written, and all too believably human. Nour is a positive, playful and impatient woman, and over the course of her journey you’ll see these characteristics, as well as her relationship with Majd, seriously tested.

This is very much a narrative-centric game, and it’s common for lengthy sections of traded messages to occur with little or no input available. Majd’s messages are pre-determined, and — at least early in the stages — when you are given a choice of response, they can feel unimpactful beyond establishing his character.

At certain points you’ll have the chance to influence Nour’s direction during her journey. Typically these are smaller decisions like whether to spend the night in a refugee camp or splash precious money on a hotel. Occasionally however, you’ll be asked for your opinion on far, far harder choices. Should Nour follow the slow, overcrowded official modes of transport, or risk her money and life on a smuggler’s ship to make it to Europe? Whether Nour will listen to your advice is another matter entirely, but each of these decisions feels like a pivotal moment with no clear best option, and we found ourselves desperately awaiting her next message to hear how things went.

There are some seriously heavy themes dealt with here, and while many of the interactions are hopeful and heartwarming, Bury Me, My Love doesn’t pull its punches either. As a refugee, Nour faces horror and injustice that makes for unpleasant and upsetting reading, especially given these are real issues many people face in the world right now. Bury Me, My Love reminds us that each refugee — often relegated to a mere statistic in Western media — has a life and story behind them. People they care about, homes and friends they’ve lost, and hardships faced along the way. It’s an important reminder.

Originally released last year on iOS and Android, Bury Me, My Love is a mobile game at heart, and the jump to Switch hasn’t come without a few hiccups. The default presentation leaves acres of empty space either side of the message box, and results in a tiny font size when viewed on a TV screen. Fortunately, when played in handheld a quick trip to the menu allows the option of rotating the screen by 90°. We found the best setup to be ditching controllers altogether, holding the Switch vertically and interacting via the touch screen as if holding a phone.

The mobile release of Bury Me, My Love made the bold decision to have events play out in realtime, sometimes leaving the player waiting until the next day for resolution on a critical event. It’s understandable this was scrapped for the PC and console release, but it does detract somewhat from the immersion. A secondary effect of this is making it far easier to play for longer sittings, and therefore tire of the messenger format.

Bury Me, My Love is best played in short bursts, not several hours of scanning through messages as your Switch bleeps alert after alert. The Switch version also exhibited some unfortunate bugs, crashing more than a couple of times out of the blue. Thankfully the game roughly retains the point your conversational progress, making it easy to jump back in.

A story that sticks

Despite having 16 different endings, Bury Me, My Love doesn’t feel like a game designed to be replayed in an effort to earn them all. It’s not just that doing so means repeating plenty of dialogue; there’s no right or wrong way to play, and your decisions are made in scenarios with which few people will have experience. Repeating the journey to find the optimal outcome for Noir and Majd feels untrue to the epathy the game hopes to evoke. After all, starting over isn’t a choice real refugees are lucky enough to have.

A single playthrough won’t take you more than a few hours, but for such a low asking price it really is worth experiencing a story so human, and so very uncommon to gaming. Bury Me, My Love may be short, but the highs and lows of Nour and Majd’s shared tale will stay with you for some time.