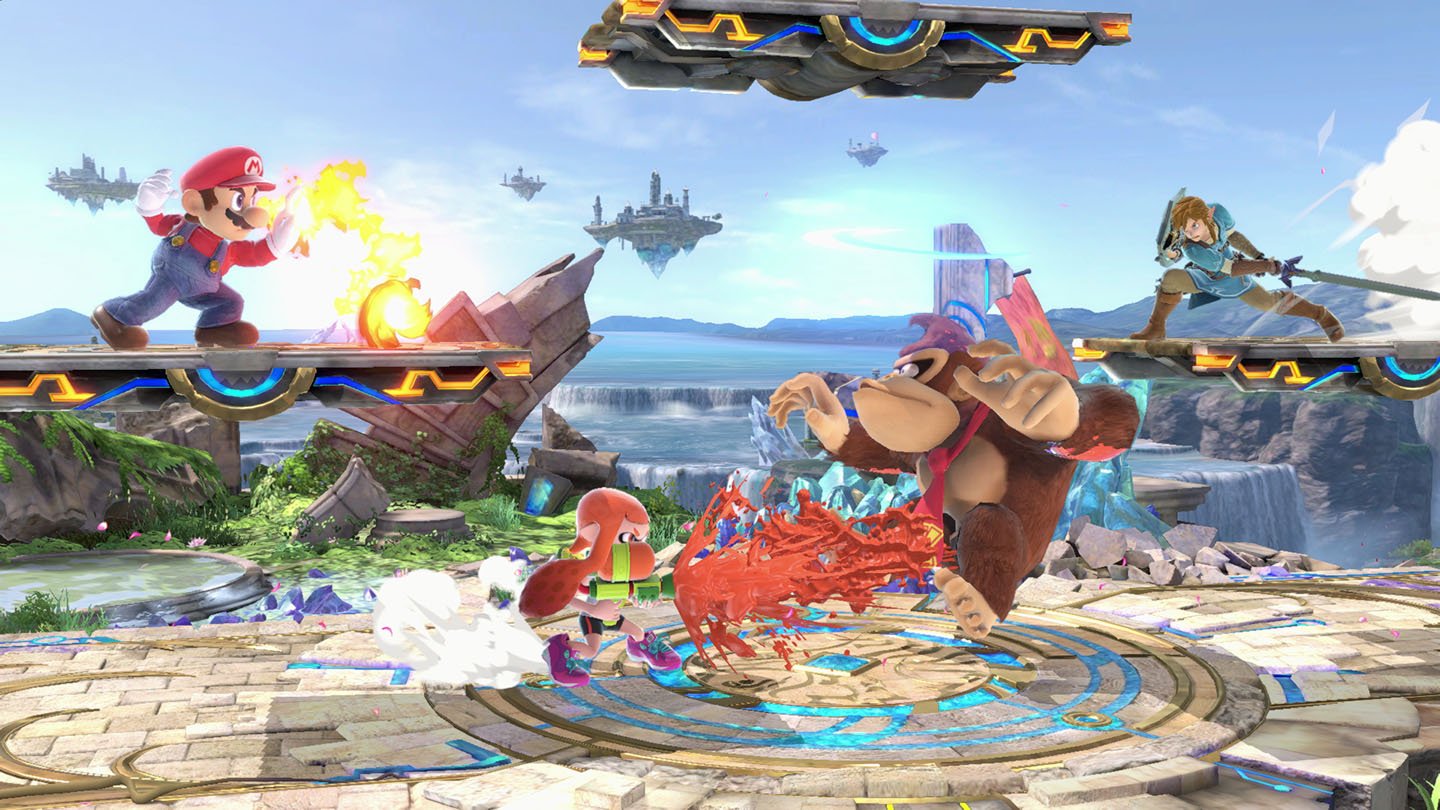 The best party games of 2018: Bring the family together this Xmas

You're headed home for Christmas and the whole family will be there! Yes! Even your uncle who works at Nintendo! At some point you're either going to run out of food to eat or you're going to get sick of the sight of food and then you'll need something else to occupy you before aunt Doris starts talking about how things used to be different back in the war, even though she was born in 1972 and has lived through the longest successive peacetime in history. Time to crack out some video games.

There's plenty of party games for the whole family to get involved with, even just the ones released this year could keep you busy all the way through until 2019. So here are some of our favorite party games to play with your family.

Right off the bat there's going to be some fights. Probably even just at the character select screen because let's be real, who isn't trying to be Monty Mole? I mean even just in their day to day. Then you factor in the backstabbing, bad luck and inane star awards for participation, this is going to be a spicy contest. We recommend just really going for it. Don't try to be nice to anyone, if everyone's evil all the time then no-one is getting hard done by. Steal that star. Use that warp pipe. Poison Wario's dice roll. When it's all over, open some presents and pour some strong drinks to wash the bitter taste of defeat and betrayal out of everyone's mouths. Ah, Christmas.

If you're not already in the kitchen trying to juggle three baking trays and a turkey, then this is the side piece for you. Even if you don't know how to cook you can carry some vegetables across a lava river for the team, right? Try not to get in each other's way though. In a real kitchen the worst that could happen is you get boiling hot water spilled down you, but in Overcooked the worst is far worse. Family excommunication-worthy failures are not tolerated.

This one's for the real competitive players out there. You can choose your own ruleset, but we recommend turning on all items and final smashes and then putting just one super difficult AI in there so the madness consumes even the most pro of relatives. Every playstyle is legitimate, even your little cousin who just flies up to the top of the screen and stays there until the chaos is manageable. Get in and have fun!

This is the game for people who don't really know how to game. Plenty of fun word-based nonsense, and presented in a really familiar way so even grandma can have a shot at making up a decent joke. Things tend to devolve towards the dirtier side of humor while playing Jackbox so err, well, maybe keep this one in the box for after the kids are in bed awaiting Santa's delivery service. Not that you can't keep a clean game going, but it really shines when you're accidentally inventing new innuendo or crudely drawing the completely wrong thing.

This one's not exactly multiplayer but it's still fun for lots of people at the same time. For the player (lucky enough to don a PSVR helmet) it's one of the best rhythm games released this year, where your hand-eye co-ordination as in-tune as it's possible to be with the controls given you're swinging lightsabers at boxes. For the audience: you get to watch the player re-enacting Star Wars Kid in your own living room, completely oblivious to your laughter. Fun for the whole family!