Find out if you have what it takes to defend Earth against hordes of insectoid aliens and monsters in Earth Defense Force 5! 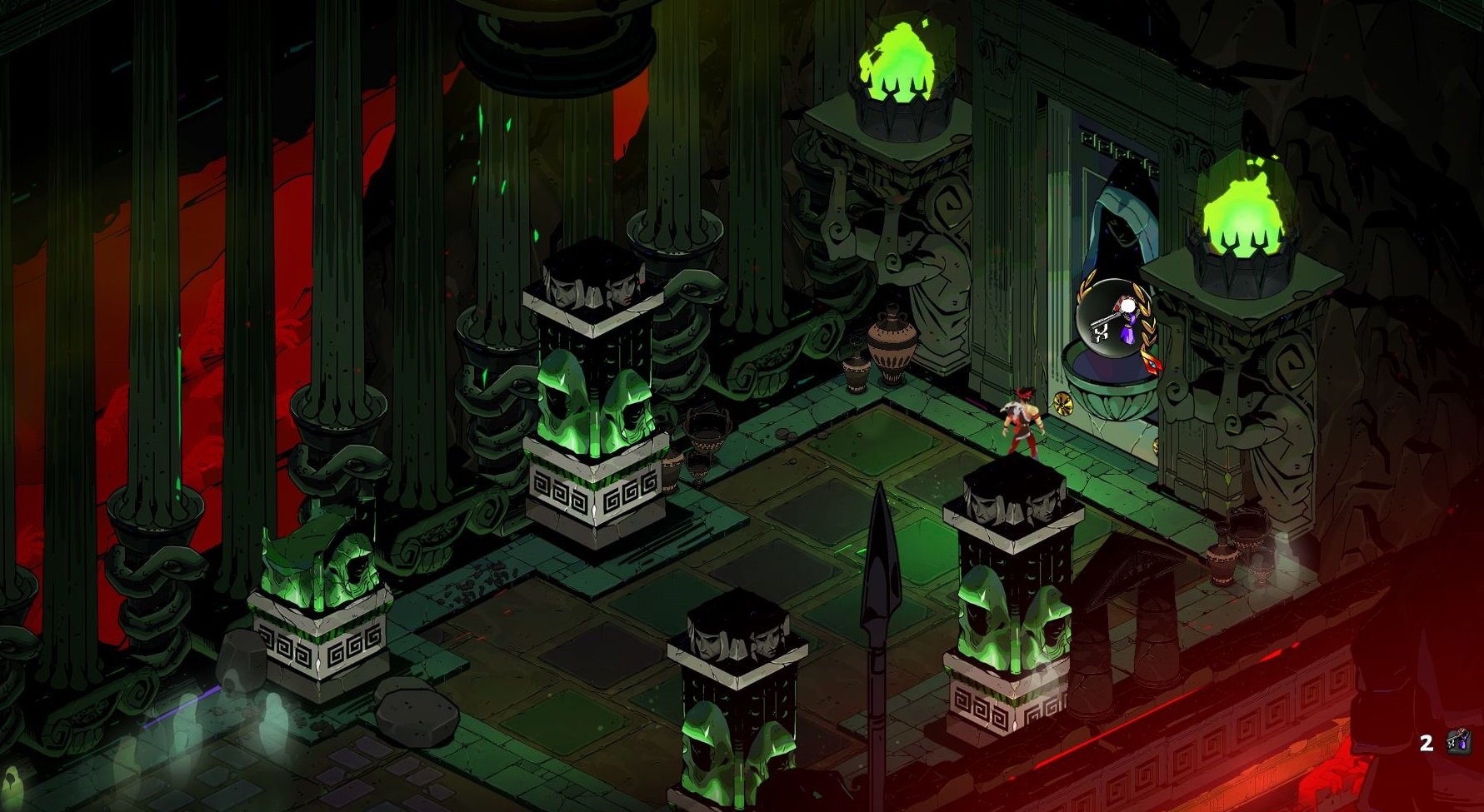 What do the door symbols mean in Hades?

Three lawsuits have been filed against Epic Games in response to some of the dance emotes used in Fortnite.

As you explore the Underworld in Hades, you’ll encounter a variety of doors with different symbols on them. Each symbol means something different, and can give you a hint as to what to expect from the next area. At first, you’ll only be given the option of one door to pass through, making identifying its symbol somewhat unnecessary.

However, as you progress through the game, you’ll begin to encounter more areas with two or more door options. At this point, you’ll likely want to know what their symbols mean in order to pick the best option depending on what you need. For example, if want to collect more Obol, you’ll want to pick the door with the Obol symbol. To help make things easier, we’ve put together a quick guide on what all of the door symbols mean in Hades.

What all of the door symbols mean in Hades

Door symbols in Hades can point to several different rewards as follows:

Below, we'll show you what each of these doors look like, as well as explaining the reward waiting behind.

In Hades, each door symbol means something different and can help indicate what to expect from the next area. If you see a door symbol with Darkness or Gemstones on it, you can expect to earn that item as a reward once you clear the area of enemies. Alternatively, there are door symbols with different Boons on them, and doors that lead to special shop areas like those run by Charon and Sisyphus.

Rather than attempt to describe what each door symbol looks like, we’ve included images of each door symbol and what it means in Hades. Check back, as we’ll be updating this guide as new areas and sections are added to the game from Supergiant.

When you encounter door symbols featuring Gemstones, Coins, or Chthonic Keys, it means that Zagreus can earn those items as a reward for clearing the next area of enemies. Using Darkness, you can upgrade your attributes. Using Coins, you can purchase items that will help you during your escape attempt in the Underworld.

As you explore the Underworld, you'll eventually have the chance to purchase items from Charon's Shop using the Coins you've collected. When it comes to door symbols, Charon's Shop is represented by a Skeleton Bag. Alternatively, there are straightforward items like the Centaur Heart that will increase the Max Life of Zagreus.

Unlike Charon's Shop, you can pay a visit to Sisyphus and earn a free reward by interacting with his door symbol. The door symbol preceding the area with Sisyphus is represented by an exclamation mark surrounded by three colored gems. Upon visiting Sisyphus, you can choose to receive one free gift in the form of Darkness, Coins, or Health. Note that you can only choose one of the three, so choose wisely!

Other items are somewhat less straightforward, like Boons from Gods, as the blessings they offer are randomized. For select Boons, you can receive stronger blessings by passing through a door with the Boon symbol on it along with a skull. By selecting a Special Boon, you'll be required to fight with tougher enemies in order to receive your reward. Click here to view our full list of God symbols in Hades.

The challenge that accompanies a Special Boon is worth it in that you're more likely to receive a Boon with Rare and Epic effects. The better the blessing, the easier it'll be for you to clear areas of enemies in Hades. Additionally, you'll want to interact with different Boons in order to give gifts to their corresponding Gods. By giving gifts, you'll be able to unlock Keepsakes in Hades.

To give gifts to Gods, you'll want to collect Ambrosia in Hades. Ambrosia is represented by a golden vial with a purple bow at the top. By collecting Ambrosia, you'll have the option to gift it to a God by pressing "G" (or RB) when interacting with them or their Boon. In doing so, you can earn and equip Keepsakes that offer different bonuses to Zagreus.

Finally, you'll eventually reach a door with a symbol featuring Darkness along with a skull. For example, when you reach the end of Tartarus, you'll encounter a boss fight with Megaera. Rather than fling you blindly into a boss fight, the game warns you that it's coming with the door symbol seen in the image above.

If you're in Charon's Shop when you see this door symbol, you'll know that you'll want to stock up on items before making your way to the next area. To better prepare for each level's boss fight, you'll want to balance the doors you pass through. Rather than enter doors to collect Darkness and Skeleton Keys, you'll also want to collect Boons and upgrades like those offered by the Daedalus Hammer.

Hades is all about balance, and playing in a way that best suits your style. If you're focused on unlocking better weapons, you'll want to pass through doors represented by the Skeleton Key symbol. If you're happy with your weapon but want to upgrade attributes, you'll want to collect Darkness. All in all, by recognizing these door symbols, you should have an easier time making an informed decision in Hades.

Now that you know what each door symbol means in Hades, which one is your favorite? Let us know down in the comments below! For more on Hades, be sure to check out some of our previous guides including how to unlock all Keepsakes in Hades, how to unlock new weapons in Hades, and how to upgrade attributes in Hades.

By reading through this guide, you should now know what all of the door symbols mean in Hades.