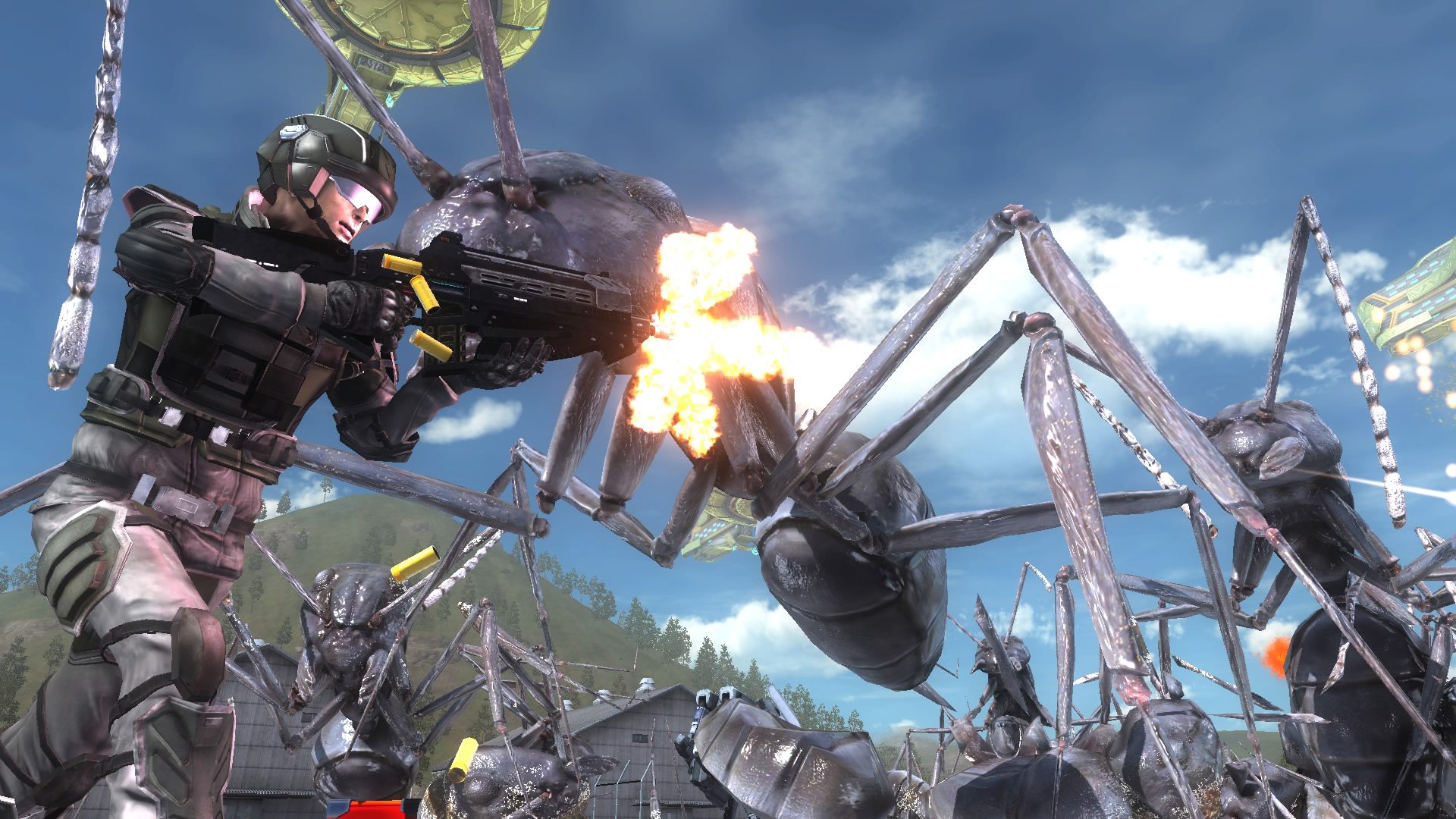 As a member of an elite multinational military force, your job is to annihilate giant insects, monsters, and other alien invaders using powerful weapons and armaments. There are four unique classes to choose from (Ranger, Fencer, Wing Diver, and Air Raider), and each comes with their own special loadout to suit your play style.

Earth Defense Force 5 features relentless wave-shooter gameplay signature to the Earth Defense Force series, with a variety of enemies to conquer, thousands of weapons to master, and more than a hundred missions to complete. Players can choose to tackle the alien invaders alone, or they can enlist a friend for some offline, two-player couch co-op.

The game also supports online co-op for up to four players, so gather your squad for some over-the-top, bug-blasting fun in Earth Defense Force 5. For a closer look at the intense co-op fun, check out the video below from NODE.

If playing solo is more your speed, then you should check out the video below from Wanderbots, who takes a deep-dive into Earth Defense Force 5’s single-player campaign. Earth Defense Force 5 is available now on PlayStation 4 for $59.99 for the Standard Edition. The Deluxe Edition includes the full game as well as a day-one pack and two additional post-launch missions for $89.99.

Visit the official Earth Defense Force 5 website so you can grab a copy of the game and take up arms against the alien invasion today!