Learn each and every Trophy and Achievement you can complete in Darksiders 3. 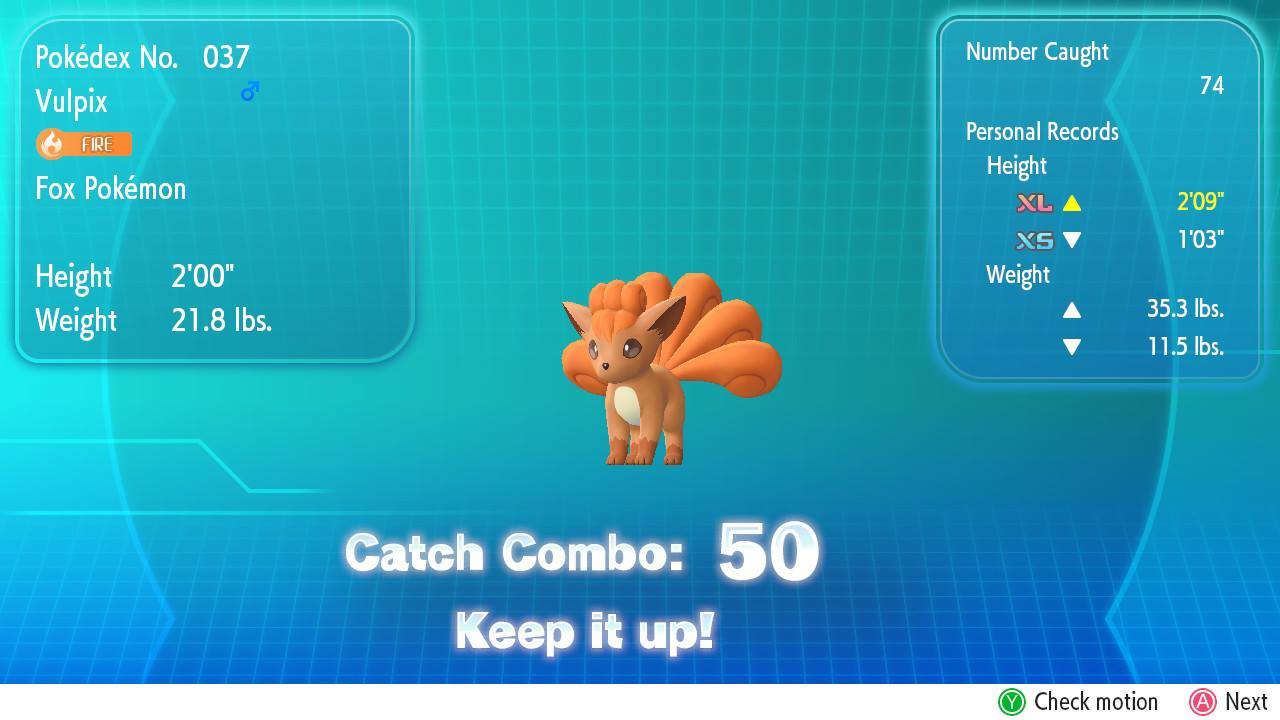 The best gaming laptop and PC deals during Black Friday 2018

Grab a new gaming laptop or PC at a discount during Black Friday 2018.

Catch combos are a new feature that have been added to the franchise in Pokemon: Let’s Go. For anyone worried that the removal of battles with wild pokemon has made the game too simple, you’ll be happy to hear that this new layer of gameplay adds much for the devoted Pokemon Trainer to get stuck into.

By taking advantage of catch combos, players can increase the spawn rate of rare pokemon in the surrounding area, including powerful and shiny versions of whichever critter you’re currently comboing

A catch combo is as simple as it sounds. Simply chain together the same species of pokemon while you’re out in the wild and you’ll see your combo count jump with each one. Doing so will add a multiplier to your EXP gains, making it a great way to raise the levels of the current party in a relatively short time. But that’s just a bonus, because the real benefits of your catch combo are linked to finding new and strong pokemon to catch.

Your catch combo will end when you attempt to catch another pokemon of a different species to the one you’re currently comboing, or if a pokemon runs away from you during the catching process. This means that even if you get blindsided by an aggressive pokemon of a different species, your combo isn’t necessarily forfeit, as long as you run away without throwing a single pokeball.

Keeping your furry friends from running away is a little harder and as your combo increases you’ll want to start using berries and stronger pokeballs to prevent them from skedaddling. Having said that, one of the benefits of a higher combo is that it’s actually easier to catch pokemon as the combo increases.

A high combo also means that rare pokemon will spawn more readily in the surrounding area. At around the 10 - 15 mark you'll start noticing some creatures that you may not have spotted before. Think of this as the game’s way of teasing you into ending your combo by placing more and more temptingly powerful pokemon in your vicinity. So cruel.

But you’ll want to ignore them and keep your head down if you’re on the lookout for flawless and shiny pokemon. As you catch more of the same species, they’ll spawn with better and better base stats. Until eventually you may be lucky enough to find one with perfect potential. It’s not a certainty, but a high combo will make it much more likely.

The same is true for shiny pokemon. It’s not clear how much the combo improves on the already slim chance of finding shinies, but it definitely seems to make a difference. Perseverance is key.