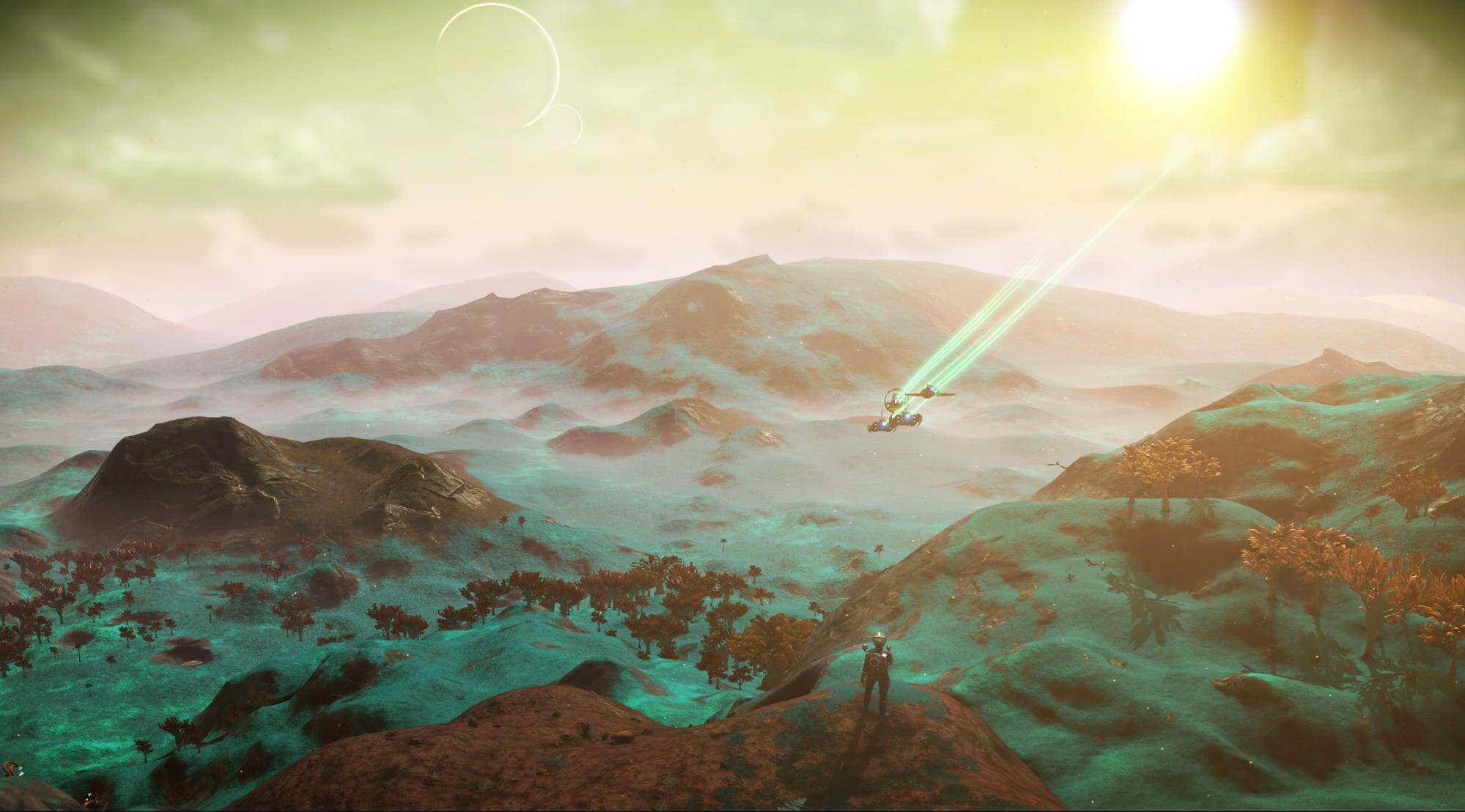 Visions was accidentally leaked yesterday when players discovered an unlisted trailer on the Hello Games YouTube account. That was a nice treat, but nobody expected such a sudden release given the underwater-themed Abyss update arrived only weeks ago.

According to the very flash Visions update page on the No Man's Sky website, the expansion will arrive as part of the 1.75 patch tomorrow, so there you have it! You can take a look at the update in action in the trailer below which showcases the various new additions:

Visions brings a range of new features to No Man's Sky. Along with new biomes and weather effects (rainbows, yay!), players will also now be able to take part in some new activites such as archaelogy, piecing together the bones of ancient creatures or hunting down rare trophies. A selection of new creatures to marvel at (or run from) has also been added, including sentient minerals that'll run from you as you try to harvest them. Don't feel too bad though as they'll reward you with concentrated resources for your efforts. There are also new emotes, fireworks, building parts and even Community Missions where players share a global progress.

All in all Visions brings more of pretty much everything, and it's great to see that Hello Games is planning more to come in future. We recommend checking out the full patch notes on the update page if you're interested in checking out the full list of what's arriving. There's also some lovely art to check out too.

The Visions update arrives for No Man's Sky tomorrow on Xbox One, PS4 and PC.