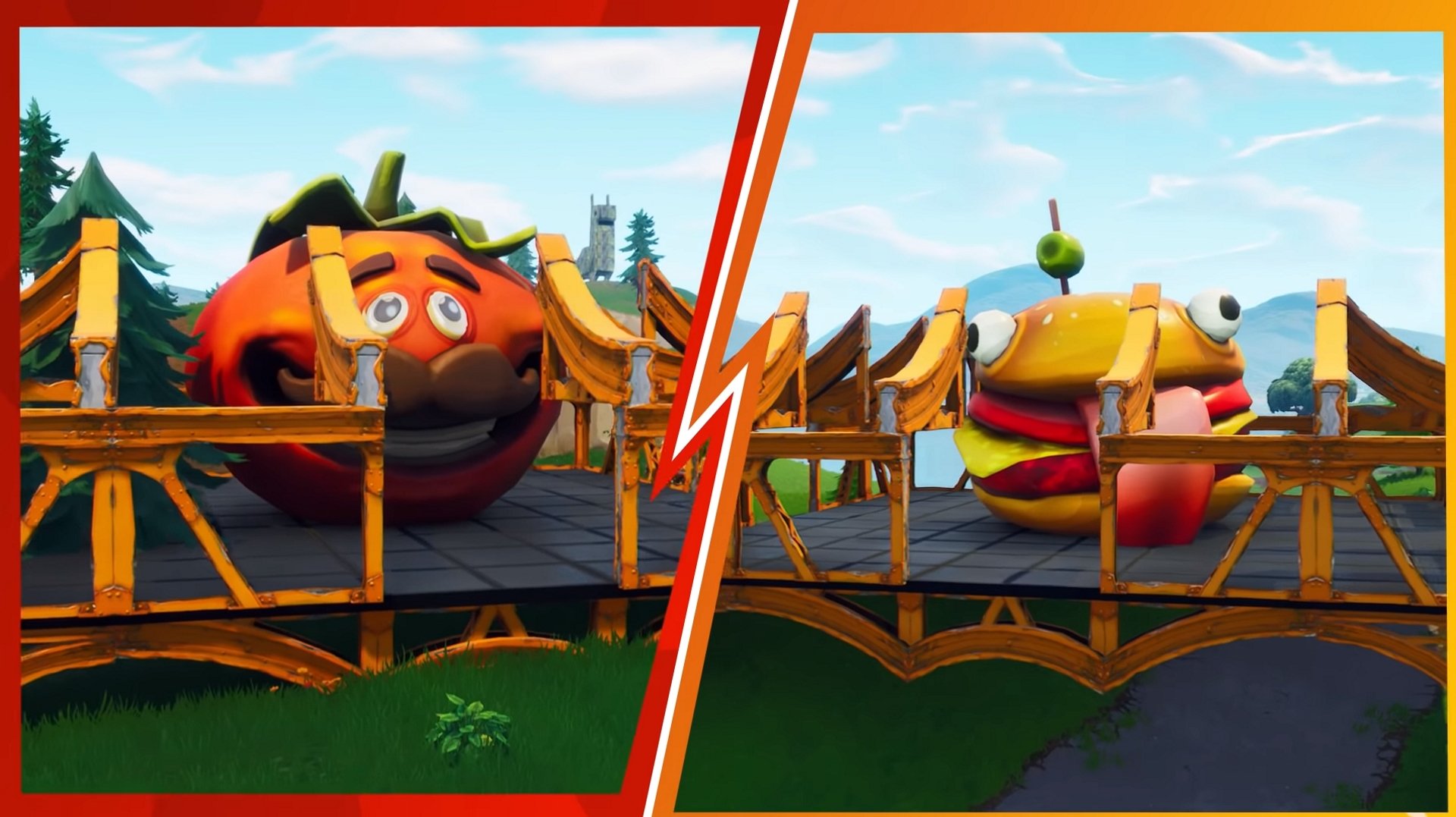 Where to get Power Armor in Fallout 76

Find out where to look for Power Armor and how to claim your first suit in Fallout 76.

Fortnite has a new Limited Time Mode, and this time it's a Food Fight between Durr Burger and Pizza Pit.

The culmination of a push and pull war between Fortnite map classic Durr Burger and the rapid spread of the Tomato-head cult, Food Fight pits two teams against each other in a fort-destroying contest. It's a smaller scale than Fortnite's usual matches at just 12 players per team, but thanks to the small distances involved, the action is all the more intense.

Reminiscent of the old-school Fort Wars mode in Garry's Mod, each game gives players a five-minute window to harvest resources and construct a defensive fort around their respective mascot (a giant tomato or burger head). Once time is up, all hell breaks loose as both sides attempt to simultaneously defend their mascot while attacking and destroying their opponents'. The giant heads have 200,000 health, which means you need far more than a brief opening to win this battle

Sadly, no matter your preference for pizza or burger you'll be sorted into teams randomly to fight for your corporate master. Truly there is no justice in this world. So far Durr Burger appears to be winning the popularity contest, but the Tomato-head cult is tenacious and not to be underestimated. Every player is forced to wear a burger or tomato-head hat based on their team, just in case the entire affair wasn't ridiculous enough already.