The game is also coming to Xbox One. 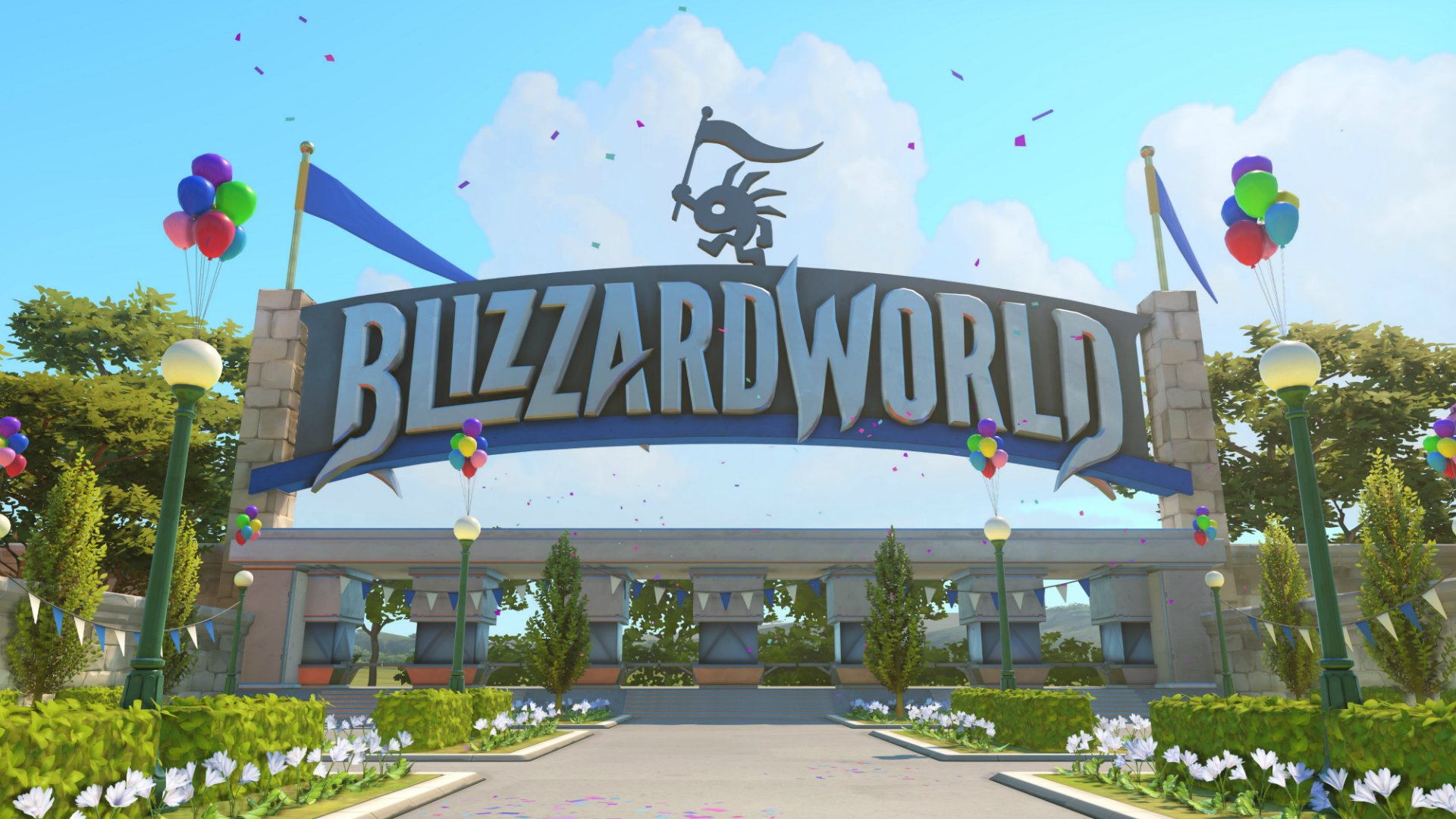 How to dominate in Overwatch's Blizzard World map

We're hoping for Fox McCloud next.

Our favorite Overwatch heroes and villains will soon be able to battle it out in a theme park designed around Blizzard’s most popular games. Blizzard World is expected to arrive in early 2018, but it’s currently playable on the PTR for those eager to stamp their tickets ahead of its official release. The latest map is easily the most intricate and ambitious we’ve seen to date, especially in the Easter Egg and props department.

Defenders on the map start in the Heroes of the Storm Arcade, while attackers spawn in the Hearthstone Tavern. As you push the payload, you’ll wander through StarCraft, Warcraft and Diablo themed areas, so there’s plenty of sights to see. Our BlizzardWorld guide will give you all the tips, tricks and strategy advice to help you dominate your enemies in Overwatch’s new theme park.

If you're looking to break through the enemy defences throughout Blizzard World, picking a mobile team is advised. Heroes like Pharah, Genji, Tracer and D.Va all have great ways of distracting foes and can easily flank round the map to pick off high-priority targets. There’s plenty of flanking routes that can be found throughout Blizzard’s various video game themed shops. For example, the Lost and Found Vikings, Flight to Duskwood, Fargodeep Mine and Snaxramas all offer great ways to sneak around the map if you want to avoid taking heavy fire from key chokepoints.

For example, by having Pharah use the Lost and Found Vikings flank she can appear behind enemies and fly over the rooftops to deliver a deadly barrage with her ultimate. D.Va can also use this route to send a well-timed Self-Destruct onto the objective or straight onto grouped enemies under Stormwind’s gate. Once you’ve locked down objective A, you’ll need to guide the payload through the Starcraft area of the theme park. This part of the arena has a number of vantage points, so it's important that you stop your foes from trying to access these areas. If the enemy has managed to set up a defensive position, simply push up behind your tanks and use your ults to scatter them.

Lastly, the final point is where most teams will battle it out for that all-important match victory. Things can get very tense for both sides during this stage, so choose your heroes wisely as you could be fighting tooth and nail for a while. Attacking the final point can be tricky, so you'll want to rely on heroes like Reinhardt and Zarya who are great at making final pushes, while D.Va and Winston can also deliver the clearance you need to make a triumphant assault.

Defending the first objective is the easiest to manage and shares similarities to Eichenwalde and Hanamura. Try to set up the bulk of your defences near Stormwind’s gate, but be sure to constantly check for enemy flankers from the Lost and Found Vikings shop. Heroes like Orisa and Reinhardt are great picks when your team is defending, especially when setting up a kill zone in Stormwind’s main choke point. Locking down this position will make it extremely difficult for the enemy team to break through and attack objective A, so try and keep this area defended for as long as possible.
Having a Bastion or Torbjorn set up under Stormwind’s gate will allow your team to quickly shred through incoming targets and greatly impede their progress. Symmetra is also another great hero to pick when defending, as she can stop enemy flankers dead in their tracks. Be sure to place her Sentry Turrets in the Lost and Found Vikings to deter the likes of Reaper and Tracer from sneaking behind your defensive position. Symmetra’s teleporter is also great for quickly transporting your teammates back into the fray should they die trying to defend.

Blizzard World is a hybrid map which means defending point A is a very different experience to holding off attackers as they push the payload. If the attackers have managed to break through your defences, it’s often best to change your comp to a more mobile one. Switching out Bastion/Torbjorn for Junkrat/Widowmaker can be extremely useful, as both these characters can pick off enemy targets when they push through key choke points and the narrow pathways of Blizzard World. If you can’t hold the enemy any further, you’ll be forced to defend the final zone at all costs. Make sure you take control of the bend near objective B as you can avoid incoming attacks, enemy ults and safely heal yourself. This bend also allows you to conceal your moves, so try catching your foes off-guard to deliver a game-changing counter attack.