How to transfer Pokémon from Pokémon GO to Pokémon: Let's Go

A look at how to transfer Pokémon using the GO Park feature in Pokémon: Let's Go. 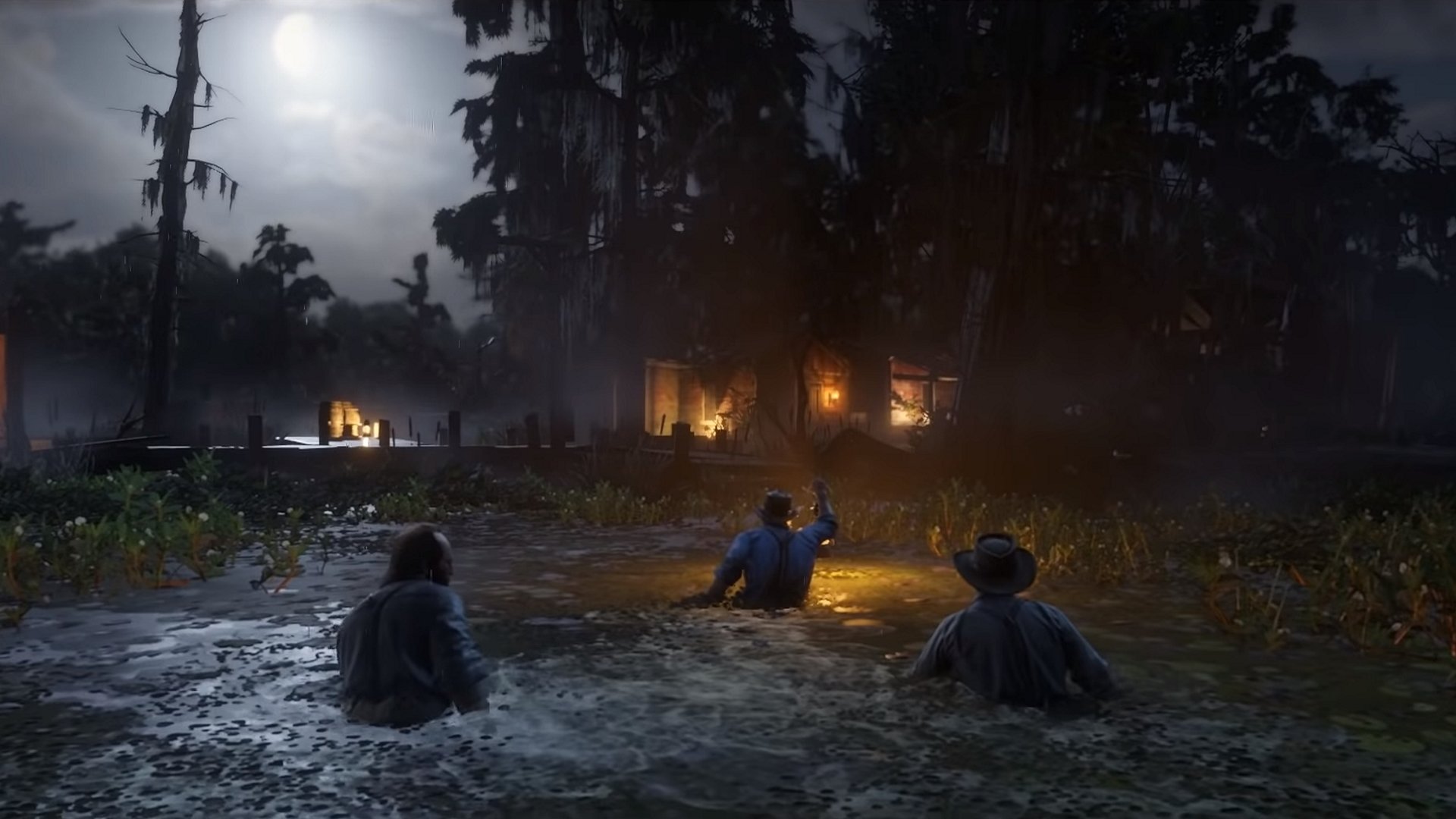 How to find the Night Folk in Red Dead Redemption 2

Good luck getting the theme song out of your head!

Anyone who’s spent time wandering the wilds of Red Dead Redemption 2 on their lonesome will likely have encountered some bizarre goings on, but most pale in comparison to the creepy Night Folk. These ghoulish figures are sure to give even the most steely-hearted cowboy a fright when stumbled upon, springing from the darkness in unsettling numbers. Whether you’ve heard tales that you’re keen to investigate, or are hungry for a second encounter, in this guide we’ll teach you how to find the Night Folk in Red Dead Redemption 2.

How to find the Night Folk in RDR2

The Night Folk have their own specific quest, but before you can start it you’ll need to encounter them for yourself. Doing so is simple, all you’ll require is a brave heart and few rounds of ammunition. The first place you’ll have to visit is Bluewater Marsh in Lemoyne. You need to explore the water northwest of Lake Lagras. If you’ve not been here before, it’s located north of Saint Denis. Once you get there, keep your eyes peeled for anything unusual. The swamp is creepy enough during the day, but as their name suggests it’s at night (between 10pm and 5am) that you’ll have the chance for a run in with the Night Folk.

There are a number of different ways in which your first encounter can play out, all of them spooky. We’ll leave the experience up to you, but once you’ve dealt with your attackers you simply need to set up camp or rest at an inn to unlock a related further quest.  After resting, a new Stranger mission will appear close by on your map titled “A Fine Night for It.”

Meet up with the old man and he’ll offer payment for your help in reclaiming his land from the Night Folk. Follow the mission through and, along with some spooky tension building, you’ll have the chance to face off against the Night Folk once more as you attack and defend a shack in the swamp. Completing the mission rewards you with a handy pelt and a golden tooth, but honestly it’s worth doing for the scare-factor alone.

Keep yourself busy (and your mind off that harrowing experience) in Red Dead Redemption 2 with some of our other guides. Here’s where to find all Gems of Beauty Cigarette Cards, while over here we have the location of all Rock Carvings. More of a hunter? Follow out guide for tracking down cougars!