Learn how to craft the Bison Horn Talisman in Red Dead Redemption 2 by finding the hidden Abalone Shell Fragment. 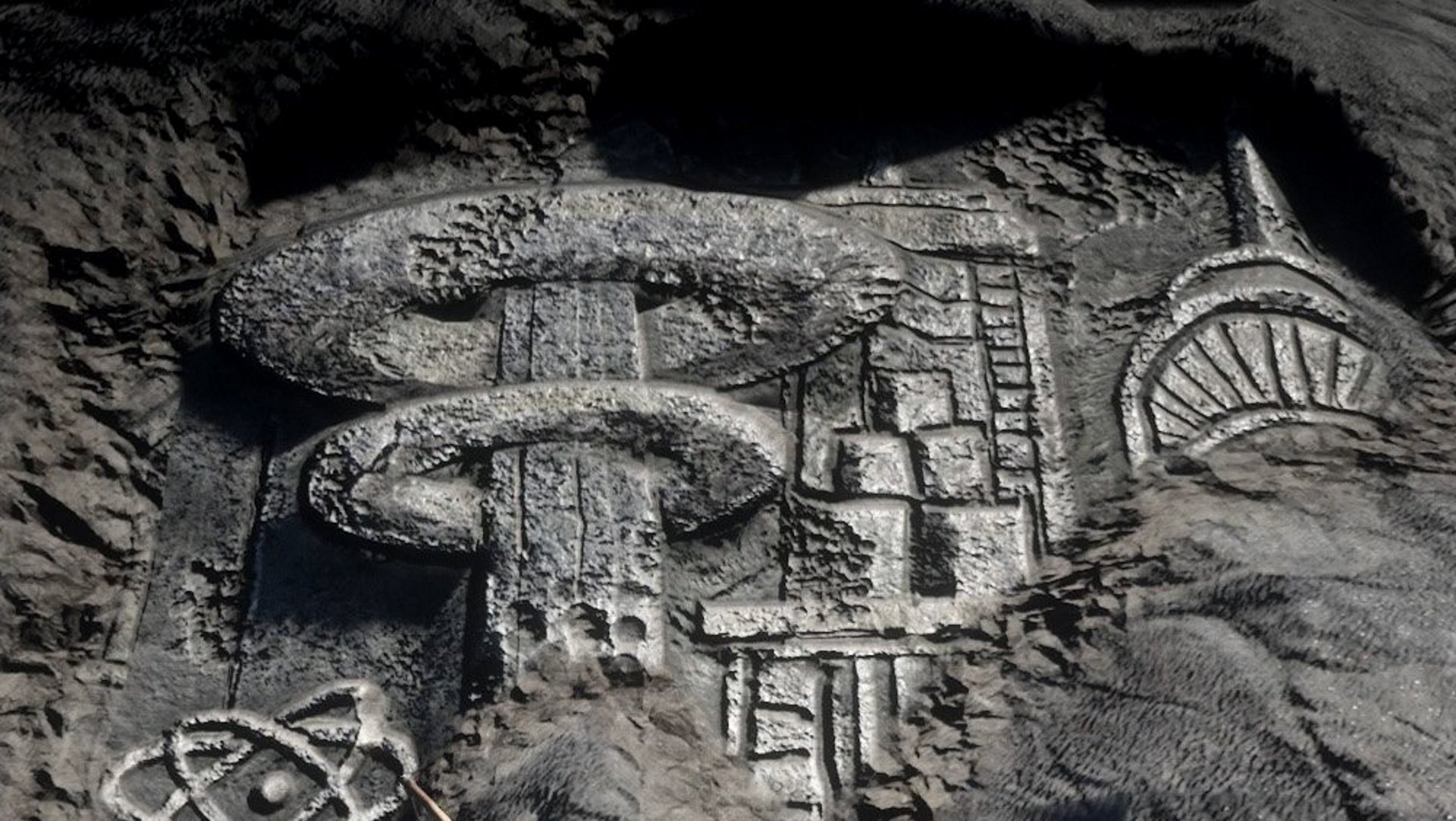 Where to find all Rock Carvings in Red Dead Redemption 2

Bringing an 80s classic into the modern age.

In the rolling hills of Red Dead Redemption 2 there are plenty of different collectibles and quests to keep you busy, and one that you might have come across is the search for ancient rock carvings scattered around the land. Whether you’ve stumbled on one by chance or started the quest and are looking for clues, hunting down all 10 rock carvings is a task well worth completing because it’ll reward you with the tools to create the Raven Claw Talisman. In this guide we’ll help you find every rock carving for the Geology for Beginners quest in Red Dead Redemption 2.

Where to find all Rock Carvings

Before you head off to track down the carvings, you’ll want to kick off the quest chain for them first. To start, take trip to Francis Sinclair’s secluded cabin in West Elizabeth. You can find it northeast of lake Owanjila and northeast of Strawberry. Chat to the unusual man and you’ll be bumped back out into the world with the task to track down 10 rock carvings across the land. You can send the coordinates of any carvings you find at a Post Office, and you’ll receive rewards after sending one, five, and then finally all of them.

You’re now ready to get started, so visit each of the locations below to find some pretty impressive carvings. One word of warning is that the carvings are often in hard to reach places, meaning you should save often while clambering over cliffs to reach them. We’ve ordered the carvings a little differently to how they’re listed in game to make your process traveling between each of them much faster, with less time wasted travelling back and forth across the map. Thanks to Shacknews for use of their carving images.

Owanjila Lake is right next to Sinclair’s house, so if you’ve just picked up the quest then this should be your next spot. Travel west to it and round to the western side of the lake, keeping an eye out for snakes. You’ll find the carving facing the lake on a raised rock. Honestly, How did Sinclair miss this one when it was right outside his house? Rank Amateurs we tell you.

The next carving is pretty close to Sinclair’s cabin again, this time to the northeast, beyond Hawks Eye Creek and close to the right side of the ‘T’ in West on your map. There’s a path here and you should see the DNA-style carving on a large rock face nearby.

For the third rock carving we’re heading northwest of Flatneck Station, New Hanover. The carving we’re looking for it about halfway between Flatneck Station and the Dakota River. There’s a cliff face here between two paths that looks down over the river, and it’s up here that you’ll find an animal and cart carving.

The fourth carving will require you to scale Mount Hagen, Ambarino, so grab some warmer clothing first if you want to avoid damage. Follow the path up the west side and you’ll pass by an impressively detailed carving of a zeppelin.

We’re back to the Dakota River for the next carving, this time in Ambarino, northwest of Cumberland Forest. Directly south of Window Rock, on the other side of the river is a rock face. You’ll want to be on the side facing the river, where the carving is next to a small ledge. There should be a path directly to it, so look around a bit then walk to the uh, interesting carving.

Crossing the Dakota River in Ambarino and travelling further north, the next carving is located a short trip above Window Rock, this time along Whinyard Strait. Follow the west side of the river as best you can, climbing over rocks until you spot the carving.

Those afraid of heights beware, as the seventh rock carving is right next to a steep, sharp drop at Bacchus Station, Ambarino. The spot you’re after is south of Bacchus Bridge on the east side of the river. You need to travel round the high cliff face to reach it, so watch your step.

Carving eight is close to Moonstone pond, Ambarino. You’ll need to travel south from there, towards the border to New Hanover. There’s a cluster of rocks you’ll see here that don’t require much effort to explore and spot the carving.

The penultimate carving is on the eastern edge of the Elysian Pool in New Hanover. There’s a cave on this side of the lake, with the carving nearby on a rock face not far from the bridge.

The final rock carving is much further north in New Hanover, up in the middle of Roanoke Ridge, close to the Deer Cottage woods. Make your way to the cottage then search for the carving a short distance along the path to the northeast. You’ll need to be careful not just with your footing here, but also because bears and dangerous animals roam the area.

After you’ve submitted the last carving location you’ll receive mail from Francis Sinclair inviting you back to his cabin (you may need to wait a few days). Arrive and you’ll be treated to a cutscene before being left in the cabin. Once you have control, it’s vitally important that you loot the room, collecting the Old Brass Compass from the table. If you forget to pick it up you’ll be locked out of the cabin after leaving. Fortunately this is fixable by manually saving at the cabin door before quitting out of the game and loading back in. You can then take the Old Brass Compass to a Fence to craft the Raven Claw Talisman which provides a reduction in weapon degradation rate by 20%.

With that epic mission complete you’ll need something else to fill your time. We have plenty of Red Dead Redemption 2 guides to keep you busy, including the location of all buried dinosaur bones, or where to find all Gems of Beauty Cigarette Cards.