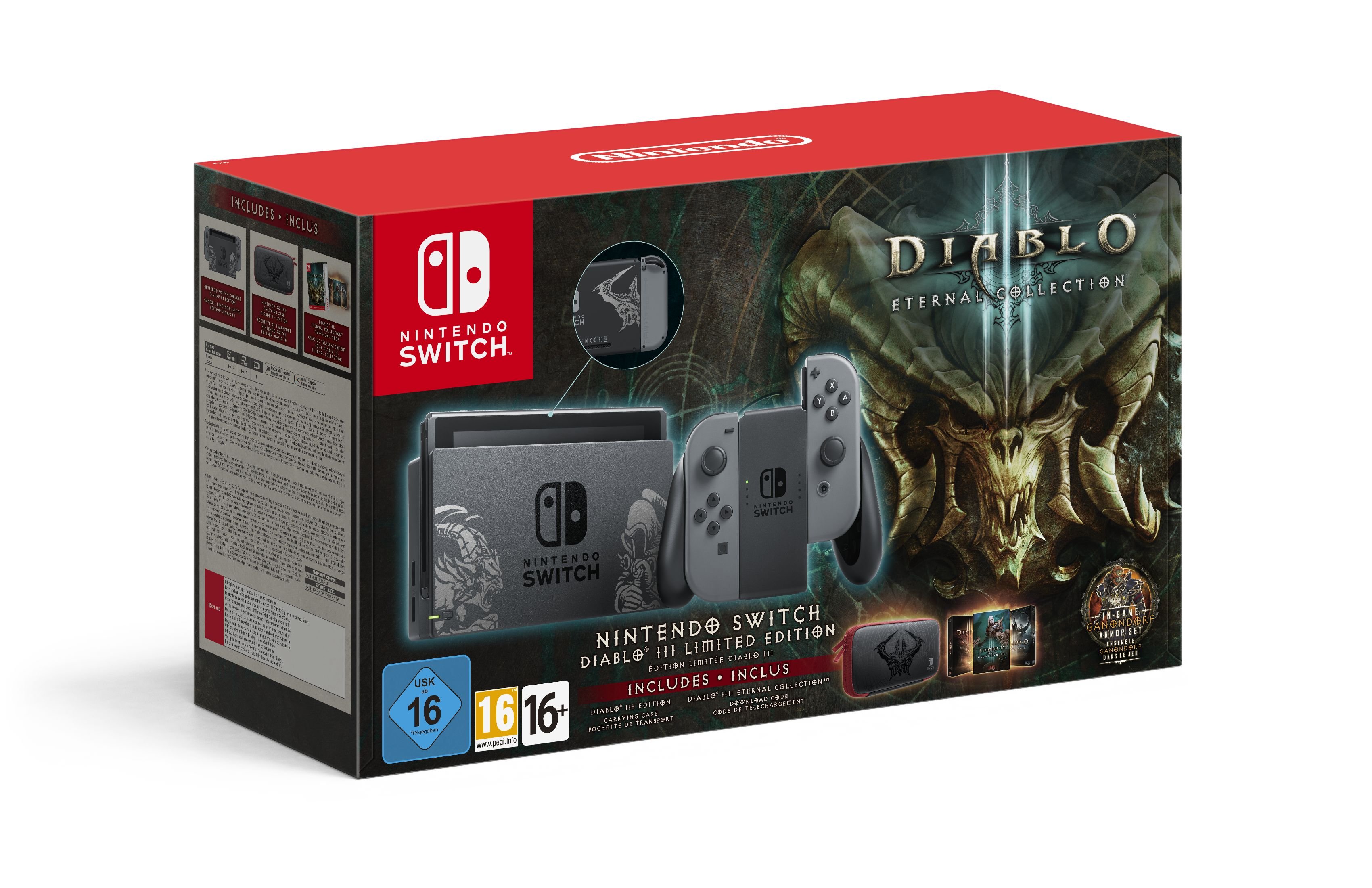 We have fond memories of the first time we played Diablo III on PC back in 2012. As long-time fans of the series, we were immediately sucked in. In the years that followed, we put hundreds upon hundreds of hours into Diablo III. In 2014, the first DLC for Diablo III called Reaper of Souls was released, followed by the Rise of the Necromancer DLC in 2017.

While each DLC release motivated us to temporarily ignore other releases in loyalty to our beloved Diablo, the game’s port to Nintendo Switch presents a unique opportunity to put in more hours than ever before thanks to its portability. Now, we don’t have to say goodbye to Diablo III should we find ourselves away from our PC. Instead, we can pack up the Nintendo Switch handheld and play Diablo III whenever, and wherever.

Of course, one of the biggest questions people have is how the game looks and feels on Nintendo Switch. Can a 720p handheld screen do Diablo III justice? What’s more, will Diablo III look as polished when you play in docked mode? After all, the Switch's max resolution for docked mode is capped at 960p. To help answer these questions, and more, we're taking a closer look at Diablo III: Eternal Collection on Nintendo Switch!

Right off the bat, it’s worth noting that Diablo III looks best when played on your fully-loaded gaming PC. That said, we were surprised by just how good Diablo III looks (and plays) on Nintendo Switch. For returning fans, the gameplay is exactly as you remember with perfect tuning to the Switch controls.

For newcomers that never got around to playing Diablo III, the Eternal Collection for Nintendo Switch is truly a great place to start. As stated above, it includes everything including all previously released DLC.

Along with the addictive nature of Diablo III’s loot mechanics, there are a plethora of customization options to choose from. From the get-go, you can pick from one of seven different character classes including: Barbarian, Crusader, Demon Hunter, Monk, Necromancer, Witch Doctor, and Wizard. Personally, we love the Necromancer and Demon Hunter classes.

For beginners, we feel the Barbarian and Crusader classes are the best when it comes to overcoming the game’s learning curve. Once you've picked your class, you can choose a mode to explore. We started out with the campaign, though there are several Adventure Mode types that are equally worth exploring.

The more you play, the more items and armor you unlock. When you have the best build possible, you can test out your skills by diving into PvP (as long as you have a solid internet connection). Trust us when we say there really is no shortage of things to do in Diablo III. Not only did we test each of these activities (dumping yet another hundred hours or so into the game), we found a grand total of zero issues and/or bugs.

The game is fluid, responsive, and surprisingly pleasing to look at on Nintendo Switch. That said, there are a few negatives worth keeping in mind. First, you need internet access for certain game modes including PvP and co-op. Second, the game takes up a decent amount of space on your Switch. To counter this, we recommend either purchasing a physical  or expanding your Switch's storage space.

For example, if you have little to no storage left and are reluctant to delete anything, you may want to pair your Diablo III purchase with a Micro SD card. These things aside, Diablo III: Eternal Collection is an example of a perfect Nintendo Switch port. It offers everything you'd ever want in a sleek, finely tuned package that runs well and adds a nice element of portability to Diablo III.

How do Amiibo Work in Diablo III?

To prevent misuse, Amiibo will have cooldowns in Diablo III with the cooldown being 22 hours for Default and Treasure Goblin Amiibo, and 45 minutes for Demon Amiibo. The first special Amiibo to be announced for Diablo III is scheduled to release this coming December. As teased by Blizzard, the Loot Goblin Amiibo will be exclusive to GameStop locations and will retail for around $16 (USD).

According to Blizzard, players can use the Loot Goblin Amiibo to access The Vault using a portal. For those unfamiliar, The Vault gives players the ability to attack a Loot Goblin. As you attack, Loot Goblins drop loot (as you’d expect) including special weapons and armor, along with Gems and Gold. Be sure to check back, as we’ll update this review with our thoughts on the Loot Goblin Amiibo after it’s released in December.

Until then, what do you think of Diablo III: Eternal Collection on Nintendo Switch? Are you planning on purchasing it, or are you reluctant to spend the money on a game you’ve already played on PC? Let us know down in the comments below! For more on Diablo III on Nintendo Switch, be sure to check out the official game page on the Nintendo eShop.