The exact locations of all 12 Famous Gunslingers Cigarette Cards in Red Dead Redemption 2. 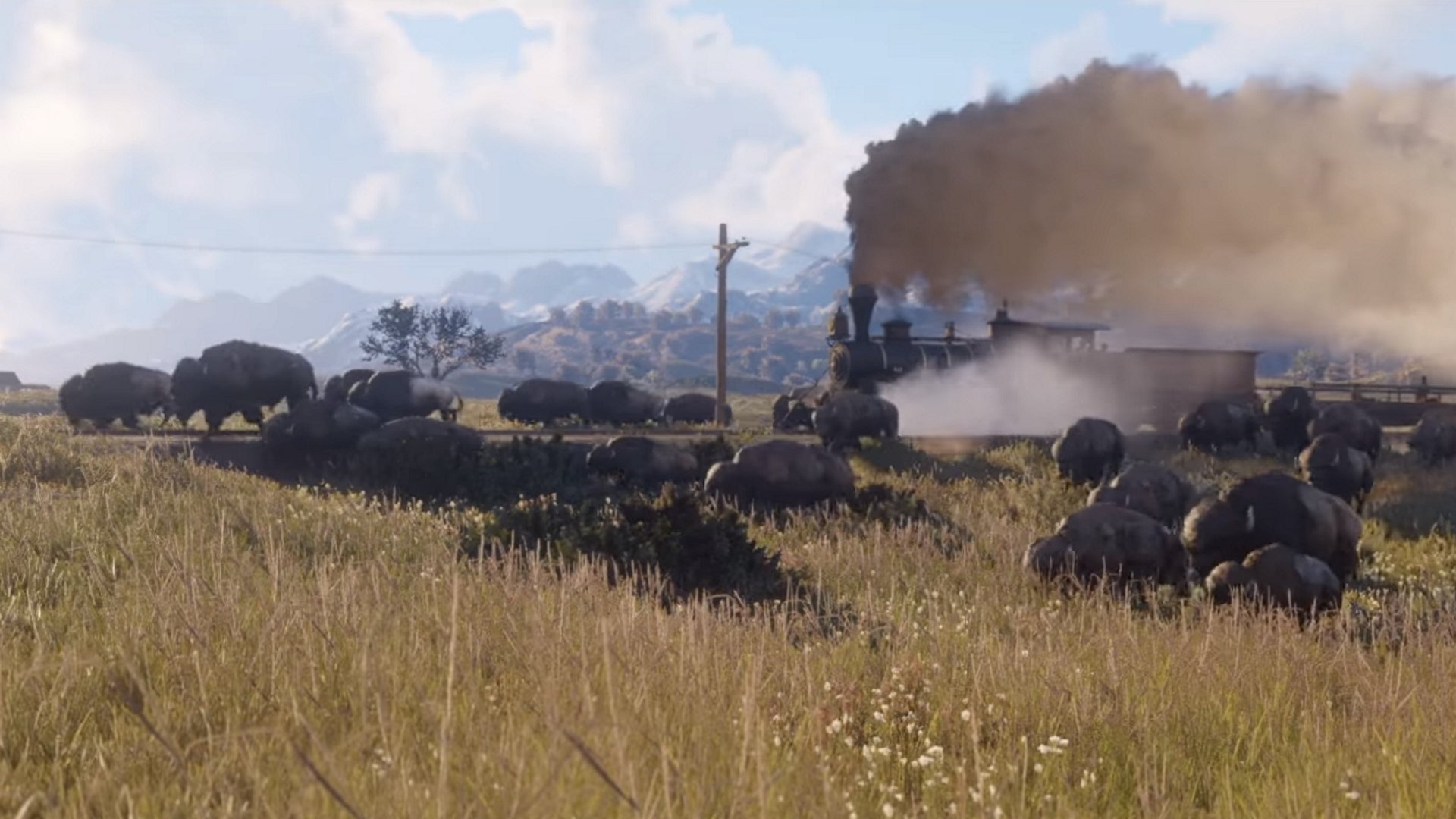 The location of every Marvels of Travel Cigarette Card in Red Dead Redemption 2.

The Wild West’s bison are iconic creatures, so much so that Red Dead Redemption 2 offers two different Legendary versions for you to hunt. Even if you’ve found the grazing fields of regular American bison, you likely won’t have encountered either the Legendary White Bison or Legendary Tatanka Bison as neither can be found near to its brethren. To help you out, we’ve tracked down both beasts in game to save you some time. In this article we’ll teach you where find and how to hunt both Legendary Bison in Red Dead Redemption 2.

Where to find and hunt the Legendary White Bison in RDR2

Unlike the rest of Red Dead Redemption 2’s bison, the Legendary White Bison prefers the cold and can be found up in the northwest of Ambarino, close to Lake Isabella. If you’ve not visited the region before, make sure you bring some warmer clothing as the harsh cold here will damage you otherwise. To find the first clue, make your way to the northeast edge of the lake and look around with Eagle Eye to find some fur on a rock. From there you need to follow the trail to the east to spot some bison dung and finally some broken sticks. After you’re done tracking, the Legendary White Bison will be wandering the trees ahead of you.

As you might expect from such a beefy fellow, he’s quite tough to bring down. Thankfully he’s not very aggressive, so unless you get too close you won’t be in much danger. Because Legendary Pelts can’t be damaged, feel free to unload a shotgun to take him down. Once you’ve harvested the body you’ll be able to craft the Legendary White Bison Hat and Coat, and if you visit a Fence you’ll be able to make the Bison Horn Talisman which grants a 10% reduction in the drain speed of your Stamina Core. The Talisman also requires an Abalone Shell Fragment, which we can also help you with!

Where to find and hunt the Legendary Tatanka Bison

The second Legendary Bison is found far further south in Hennigan’s Stead, New Austin. Much like the Legendary White Bison, the Tatanka Bison is a big fella that’s hard to kill but not very aggressive. Be prepared for a chase though, as he has a habit of running away fast once you fire your first shot.

To start the hunt, travel down to the southeast corner of Hennigan’s Stead, where the railway bends sharply northward. You need to explore the grassy region south of the railway with your Eagle Eye ability to look for some bison dung. Once you’ve found it, follow the trail to some broken sticks and then fur. You should now be able to find the Bison in the surrounding area. Make use of your rifle to land a headshot or two with Dead Eye, but get ready to lay chase if he tries to escape. Skin the felled beast and you’ll be able to make some new clothing parts, or take the horn to a Fence to make the Tatanka Bison Horn Trinket for a 10% reduction in melee damage.

Now that you’ve learned where to find and hunt both Legendary Bison, that Trinket may prove handy when it comes to other, more dangerous beasts. If you're after more beasts to track, take a look at our animal locations hub for Red Dead Redemption 2. In it you'll be able to learn where to find and hunt the Legendary Cougar, track down the location of the Legendary Moose and many more. We have plenty more Red Dead Redemption 2 hunting guides here on AllGamers, so stick around and have a browse!